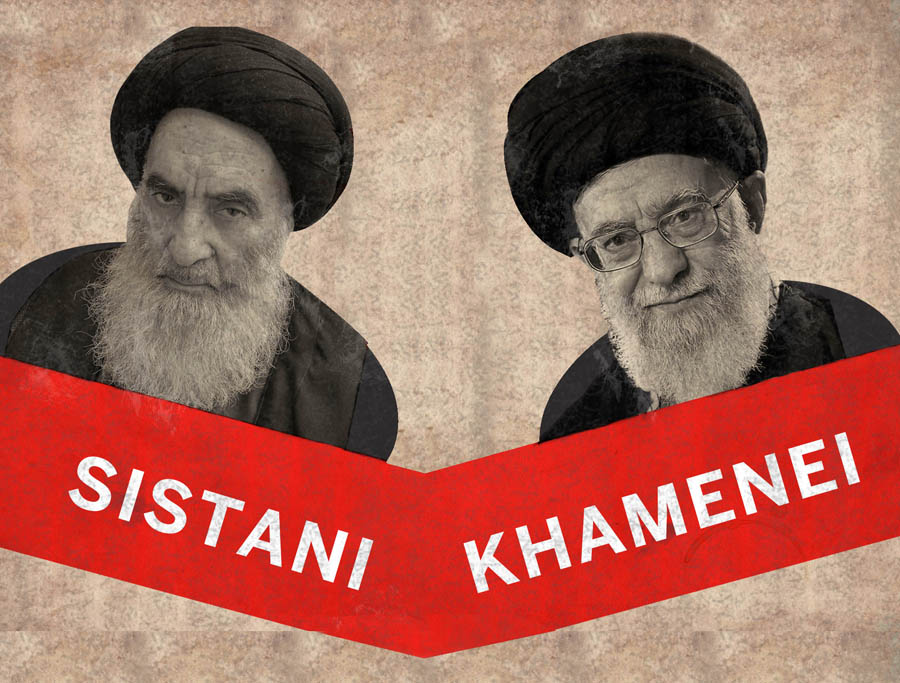 Much has been written about the growing rifts between the Shia seminary cities of Najaf in Iraq and Qom in Iran, centred on the role of politics and religion. While the Najaf school is known for its quietist stance, Qom advocates the theocratic ideology of Wilayat Al-Faqi. These tensions are particularly noticeable over the disagreements in the direction the Hashd Al-Shaabi or Iraqi Popular Mobilisation Forces (PMF) should take. Last month four factions loyal to the Najaf religious authority pulled out of the PMF, which may complicate the efforts against the creeping re-emergence of Daesh attacks and may impact the resistance against the US military presence in the country.

With a force some 150,000-strong, the PMF owes its existence to the 2014 fatwa of the Najaf-based Grand Ayatollah Sayyid Ali Al-Sistani, the highest and most followed Shia religious authority in Iraq and beyond. This fatwa, the first of its kind in a hundred years, mobilised many young Iraqis to volunteer to combat Daesh which had taken control of up to a third of the Iraqi state and parts of neighbouring Syria. The PMF, which is now very much part of the state and is in theory under the command of the Iraqi prime minister, is an umbrella of various blocs. These include influential Iranian-supported factions which are the most equipped and funded but also groups with ties to the pro-Sistani institutions, loyalists to Moqtada Al-Sadr and those affiliated with non-Shia minorities.

Last week 4 Iraqi militias left PMF and now are under PM office. They are worried about the actions of Iran-backed ones and a possible US response. They also want to stick to the religious authority Sistani to show loyalty to #Iraqhttps://t.co/mETsofOfUR— Carles Grau Sivera (@carlesgrau13) 28 април 2020 г.

Originally from Iran himself but an Iraqi patriot and part of the Najaf establishment for decades, Al-Sistani has seldom interfered with the affairs of the state despite his enormous following, however on occasions, if it is deemed in the interest for Iraq’s sovereignty, he has been known to issue relevant fatwas such as encouraging participation in elections, challenging the US on how the country’s constitution was formed and preventing full-scale civil war by urging restraint in the wake of the Al-Askari shrine bombings between 2006-2007. However, some critics point to his pragmatic approach in dealing with the US occupation of the country and also the comparatively muted opposition by him and his predecessor Ayatollah Khoei during the era of Saddam Hussein, unlike the charismatic and outspoken cleric-activist, Ayatollah Muhammad Baqir Al-Sadr (uncle of Moqtada) who paid with his life.

Daesh was considered territorially defeated back in 2017, which from the standing point of Al-Sistani’s fatwa would have seen the PMF fulfil its purpose – however the more pro-Iran factions within it not only considered the Daesh threat far from over, which is the case, but also committed themselves to the withdrawal of the US from the country. Calls to this effect only increased after the assassinations of Iran’s Quds Force Commander Qassem Soleimani and PMF deputy head Abu Mahdi Al-Muhandis and the growing pressure from Baghdad on the US to leave in the aftermath.

The four factions which split from the PMF are the Imam Ali, Ali Al Akbar, Abbas and Ansar Al Marjaiya brigades, with notice served to the head of the PMF that their “operations and administration” were to be directed by the prime minister’s office and the Ministry of Defence. As mentioned earlier, the PMF is also under the command of Iraq’s prime minister but are overseen by the Popular Mobilisation Authority and carry out independent operations with the consent of the military. The Iranian-supported factions are the most powerful bloc, which is where the clash of interests come into play. That pro-Sistani affiliated units are not part of the upper-levels of the PMF command structure also could be a reason which led to them breaking away – they are said to have rejected the appointment earlier in the year of Al-Muhandis’ successor, Abu Fadak Al-Muhammadawi, a former core member of Kataib Hezbollah. Accusations also exist of an unequal distribution of PMF resources. Recent reports indicated that an appeal by a pro-Iranian politician had been rejected following a meeting with Sistani’s representative Ahmed Al-Safi.

It has been argued that the departure of the pro-Sistani groups will impact the PMF militarily and potentially even politically, given some of the pro-Iranian factions have representation in parliament. However, any doubts regarding the future of the PMF’s legitimacy in Iraq were soon put to rest with the new Iraqi Prime Minister Mustafa Al-Kadhimi, who was thought to have been appointed as a result of a compromise between the US and Iran. The former intelligence chief has reaffirmed his government’s support for the PMF, describing them as a “force of the homeland”. Al-Kadhimi visited the PMF’s headquarters on Saturday meeting with the PMF head Falih Al-Fayyadh and was gifted a PMF uniform, which he subsequently wore.

Furthermore, the rivalries between Najaf and Qom are not significant nor severe enough to disrupt the strong ties that exist between Iraq and Iran. Iran’s military attaché met with Iraq’s new Defence Minister Juma Anand Saadoun to discuss bilateral relations.

New resistance factions are also springing up in Iraq, focussed on the illegal US military presence in the country. One recently established group, Usbat Al-Thaireen, uploaded drone footage early last month showing the US embassy was well within its sights as well as Ahab Al-Kahf group which attacked a US military convoy in Saladin. Now a new faction, Thawrat Al-Ishrin II has announced its formation by releasing footage of an attack against a US military convoy in Babil.

The PMF will remain a powerful force in Iraq, despite the loss of the pro-Sistani factions, the threat of Daesh although reduced, remains as does the presence of US bases, therefore the PMF will still enjoy support from the Iraqi government and Iranian-supported resistance factions will continue to operate. Having said that, the only person powerful enough to disband the PMF legitimately is the same person who called for its establishment, aware of the serious threats Iraq continues to face, this is unlikely. 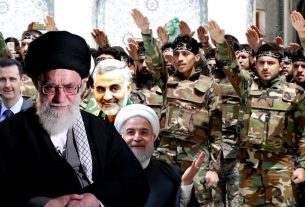 OPINION: Iran Violates the Rights of Afghans by Sending them to War 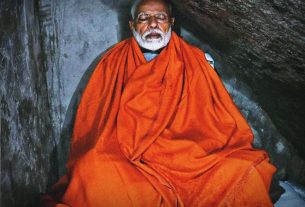 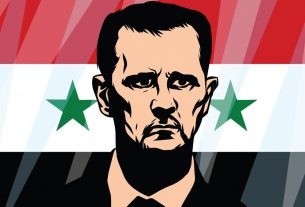 THE TROUBLE WITH LETTING ASSAD ‘WIN’