Algerian security forces have arrested thousands of migrants and refugees, cramming them onto trucks and buses before expelling them across the border to Niger, Human Rights Watch said.

“Since early September, Algeria has expelled over 3,400 migrants of at least 20 nationalities to Niger, including 430 children and 240 women,” the rights watchdog said on Friday.

“Algeria is entitled to protect its borders, but not to arbitrarily detain and collectively expel migrants, including children and asylum seekers, without a trace of due process,” HRW said.

Over 3,400 migrants have been expelled in the past month, HRW said in a statement issued in Beirut.

It brings the total number expelled this year to over 16,000, the watchdog added, basing its calculations on reports from aid groups in Niger.

Around a half of those are Nigerien, but include people from at least 20 nationalities.

Landlocked Niger is on a key cross-Saharan route for African migrants trying to reach the Mediterranean and then cross to Europe.

Some of the deportees interviewed by the rights watchdog said they had been abandoned at border crossings and told “the way to Niger”. Others said they were stripped of all their belongings before being told to leave.

“I had no shoes, I walked barefoot. It took us five or six hours,” said Tamara from the Ivory Coast.

“They told us, ‘you came to Algeria with nothing, and you will leave with nothing’,” the 28-year-old said.

There was no immediate response from the government in Algiers. 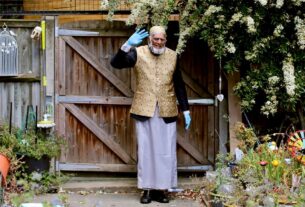 EARTH IS SPINNING FASTER THAN BEFORE, AFTER DECADES OF SLOWDOWN