The attackers were targeting students and fired on them as they fled the Afghan capital, a witness said.

“They were shooting at every student they saw,” Fathullah Moradi told Reuters news agency. He said he managed to escape through one of the university’s gates with a group of friends.

Witnesses said the attack followed an explosion in the area.

“The security forces are in the area trying to control the situation. They are advancing carefully to prevent any harm to the students.”

Students spoke of chaos and confusion as gunfire erupted.

This photo reminds me of the Haqqani attack on American University in 2016 when I & hundreds of other students run for our lives through the walls!

what has changed since? pic.twitter.com/jF6YoKSkA2

Afghan media reported a book exhibition was being held at the university, which was being attended by a number of dignitaries at the time of the shooting.

While Afghan officials declined to discuss the book fair, Iran’s semiofficial ISNA news agency reported on Sunday that Iranian Ambassador Bahador Aminian and cultural attaché Mojtaba Noroozi were scheduled to inaugurate the fair, which would host some 40 Iranian publishers.

Taliban spokesman Zabihullah Mujahid sent a WhatsApp message to journalists soon after news of the violence broke, that the group had no part in the attack.

Kabul’s universities have often been targeted in terror attacks in recent years. On October 25, a suicide bomber blew himself up in a hallway at the Kawsar-e Danish education center in Kabul, killing almost 30 students and leaving scores more wounded. ISIS claimed responsibility for that attack. Most of the victims were between 15 and 26 years old. 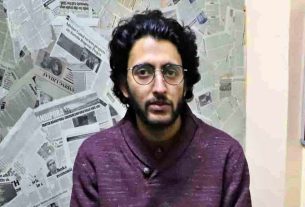 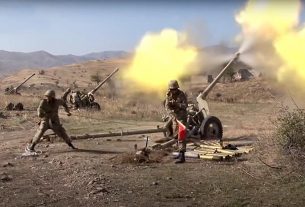 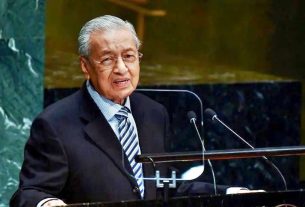 Israel is the origin of modern terrorism, Dr Mahathir says at UN