Erdoğan made the claim while paying a visit to three African countries yesterday. The government in Abu Dhabi – the capital of the United Arab Emirates (UAE) – is said to be funding the Russian mercenaries who were sent to Libya last year and are currently violating a ceasefire agreement brokered by world powers.

“Haftar is, at the moment, like a desert lord in Libya,” Erdoğan told reporters during a flight from Algeria to Gambia yesterday. “He has control in desert areas but not in populated regions.”

He assured the journalists that the Turkish government is monitoring the situation in Libya carefully, noting Haftar’s “ugly attempts” to capture further territory. Every effort, insisted the Turkish President, will be made to prevent him from doing so.

Russian mercenaries from the private Wagner Group, which has also been involved in the ongoing Syrian civil war, were deployed to Libya to fight alongside Haftar’s Libyan National Army (LNA), which controls the east and centre of the country, against the UN-backed Government of National Accord (GNA) which controls the west and the capital Tripoli.

Libya has been subject to these rival governments since the overthrow and killing of former dictator Muammar Gaddafi in 2011. Throughout the subsequent Libyan civil war, Turkey – along with the UN – has backed and assisted the GNA militarily against Haftar’s forces, while states like Russia, France, Greece, Saudi Arabia, the UAE and Egypt have backed Haftar.

Turkey’s support for the official government has led it to take steps in recent months to increase ties and military support for the GNA by signing pacts on military cooperation and maritime boundaries in the Eastern Mediterranean. As part of these relations, Turkey offered direct military support last month in order to push back Haftar’s advance, which the GNA had called for, and duly accepted. As a result, Turkey sent approximately 2,000 fighters from Syria to repel Haftar, along with a small contingent of Turkish officers and advisors to train and advise GNA forces.

Erdoğan’s condemnation of Abu Dhabi’s stance comes at a time of increasing tensions between the two regional players, with Abu Dhabi’s ruler Mohammed Bin Zayed viewing the Turkish President as a threat by backing Islamist influences in the region. As far as Erdoğan is concerned, Bin Zayed is disrupting the peace process in Libya and Syria.

President Vladimir Putin was asked earlier this month about the reports of Russian mercenaries operating in Libya. He did not deny this directly, but claimed that they have no official connection to the Russian government and receive no funding from Moscow.

“If there are any Russian citizens there,” said Putin after talks with German Chancellor Angela Merkel on 11 January, “they neither represent the interests of the Russian state, nor receive funding from the Russian state.” 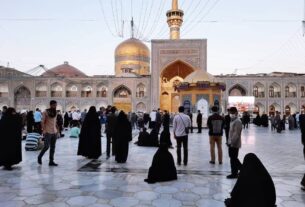 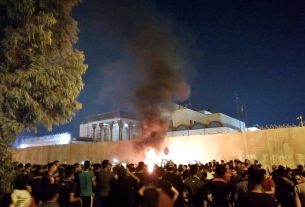 prisoners exchange between Russia and Ukraine to improve ties