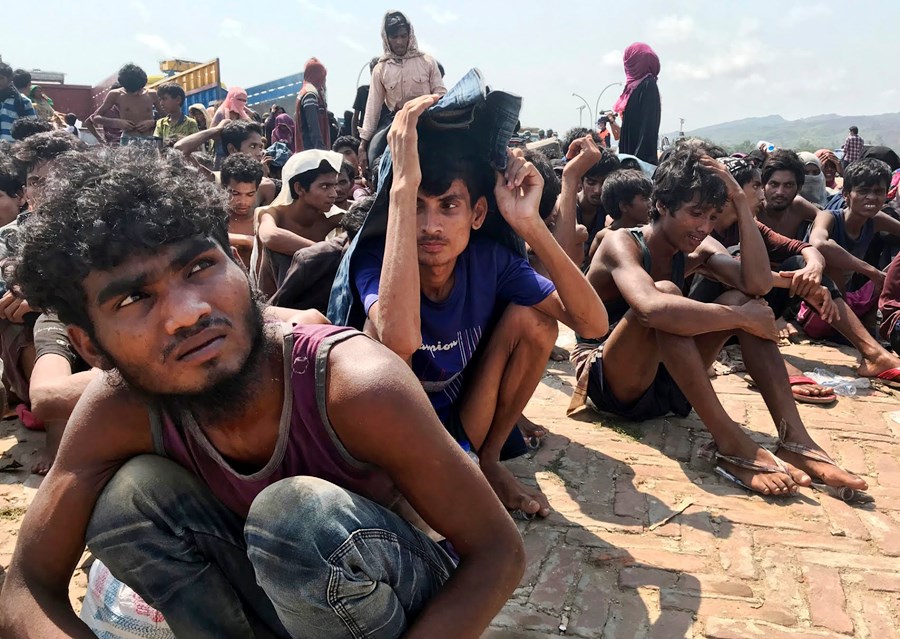 DHAKA, Bangladesh – The Bangladesh government’s plan to resettle Rohingya refugees on a remote island might delay or even harm the repatriation of Rohingya to their homeland west of Myanmar, according to experts.

But the plan has met with resistance from members of the ethnic minority who fled persecution in Myanmar. They say the relocation will prolong talks aimed at their long-sought return to ancestral homeland with rights and in safety and dignity.

The Rohingya, described by the UN as the world’s most persecuted people, have faced brutal military crackdown in the western Rakhine state in Myanmar, as more than 1.2 million people from the Muslim minority community took shelter in southeastern Bangladeshi district of Cox’s Bazar.

“We appreciate Bangladesh’s hospitality toward us for years, and we are grateful to the country’s government for constructing nice settlements on an island for us, but we want to go back to our home country Myanmar, not to any other place,” Abdul Hamid, a community leader in Rohingya refugee camp, told Anadolu Agency.

Spending around 23 billion Bangladeshi taka (about $272 million) from its own resources, the host country has developed 120 cluster villages at Bhasan Char, which translates to “floating island”, to accommodate 100,000 Rohingya there in the first phase.

The remote Bangladeshi islet is located in the Bay of Bengal around 50 kilometers (31 miles) off its southwestern coast.

Citing the coronavirus pandemic, Bangladesh relocated 306 Rohingya to the island in May as they had been stranded at sea for months after failing to migrate to a third country.

The island is only accessible by boat, and it remains totally isolated during rough weather.

Among a group of 40 Rohingyas who visited the island last week during a three-day tour arranged by the Bangladeshi government, Hamid said that few people have been living there and “it would be difficult for us to return from the island if we settled there.”

“The Myanmar government will also misinterpret this resettlement as prolonging the ongoing negotiation process for our return to homeland Arakan [now Rakhine] as they still label us as illegal Bengalis,” Hamid said.

Bangladesh is also blaming Myanmar for not creating a favourable environment to take back its citizens.

“Unfortunately until today, none have gone back, and instead of creating a conducive environment, fighting and shelling is continuing in Rakhine state,” Bangladesh’s Foreign Minister AK Abdul Momen told the 27th meeting of Association of Southeast Asian Nations (ASEAN) Regional Forum on Saturday.

A high-profile delegation of the Myanmar government with its de facto leader Aung San Suu Kyi held several meetings with the Rohingya delegation in Bangladesh last year on the repatriation.

But the initiatives were futile as the delegation failed to assure the preconditions of repatriation including citizenship rights and a safety guarantee under the UN observers. Bangladesh has also signed three agreements with Myanmar on Rohingya repatriation.

But since the mass exodus of Rohingya in August 2017 following a brutal military crackdown in the Rakhine state, no Rohingya have returned home as they are unable to do so in a safe and dignified environment.

Speaking to Anadolu Agency, Khin Maung, executive director of the Rohingya Youth Association, said there is no positive signal from the Myanmar government to take back its citizens.

“They are prolonging the repatriation process whimsically,” said Maung of the Cox’s Bazar-based Rohingya rights body.

“In this situation, resettlement of us on any remote Bangladeshi island means the minimum possibility of repatriation under international supervision will be weakened.”

On the last week’s tour to Bhasan Char, Maung said: “Only less educated camp-based Rohingya leaders were selected for the visit and comparatively higher educated community leaders were excluded.”

“It’s a good initiative on behalf of Bangladesh, but our position is very clear, and we want to return to our own country with citizenship rights and safety,” he said.

In the ASEAN meeting, Bangladesh’s top diplomat said: “Rohingyas are not returning to their homeland primarily because they do not trust their government regarding their safety and security”.

In order to reduce trust deficit and build confidence, Momen suggested Myanmar engage non-military civilian observers from their friendly countries like China, Russia, India, of ASEAN, or other friends of their choice.

No interest in prolonging statelessness

Jumalida Begum, who was also part of the Rohingya group visiting island, told Anadolu Agency that “the settlements on Bhasan Char are obviously better than the crammed camps in Cox’s Bazar, but we are not interested in being settled here for long as stateless people.”

According to Amnesty International, more than 750,000 Rohingya refugees, mostly women and children, fled Myanmar and crossed into Bangladesh after Myanmar forces launched a crackdown on the minority Muslim community in August 2017, pushing the number of persecuted people in Bangladesh above 1.2 million.

“I worry whether the supply of food and other basic needs will continue to be supplied to the island where we still do not see any activities of the UN or other aid agencies,” Begum added.

The UN Refugee Agency spokesman in Bangladesh, Mostafa Mohammad Sazzad Hossain, told Anadolu Agency that “comprehensive technical and protection assessments to evaluate the safety and sustainability of life on Bhasan Char are essential before any relocations to the island take place and any relocations should be voluntary.”

“UNHCR is aware of a go-and-see visit organized by the government of Bangladesh to Bhasan Char in the beginning of September. We have neither been involved in this visit nor requested to support it,” he added.

A prize-winning Rohingya female rights activist preferring not to be named told Anadolu Agency: “We Rohingya never ever will go to the Bashan Char island. That is not our land. We want to go back to our own land, which is Myanmar.”

Recalling Bangladesh’s humanitarian role toward the Rohingya, she added that “Bangladesh should not try to send our people to the island. This is not a solution. It is providing more room to the government of Myanmar to delay repatriation.”

“We don’t want to live inside a golden cage. Our dream goal is to go back to our land. If [we] don’t have a roof or wall, we will manage. Just give us our land back.”

Bangladesh’s Refugee Relief and Repatriation Commissioner Md Mahbub Alam Talukder, however, told Anadolu Agency that the repatriation process will be held on a voluntary basis.

“It’s very natural that some may have different views, but we want to resettle Rohingya at the island for their better living conditions,” he said.

“We are always ready to start the resettlement process. Now we are waiting for the green light from the government. No Rohingya will be forced to shift to the Bhasan Char island.” 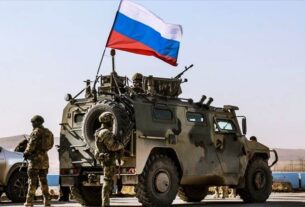 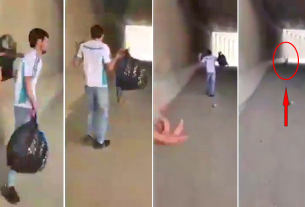 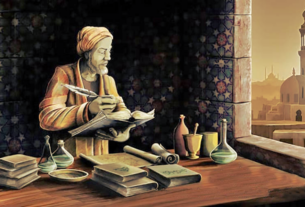