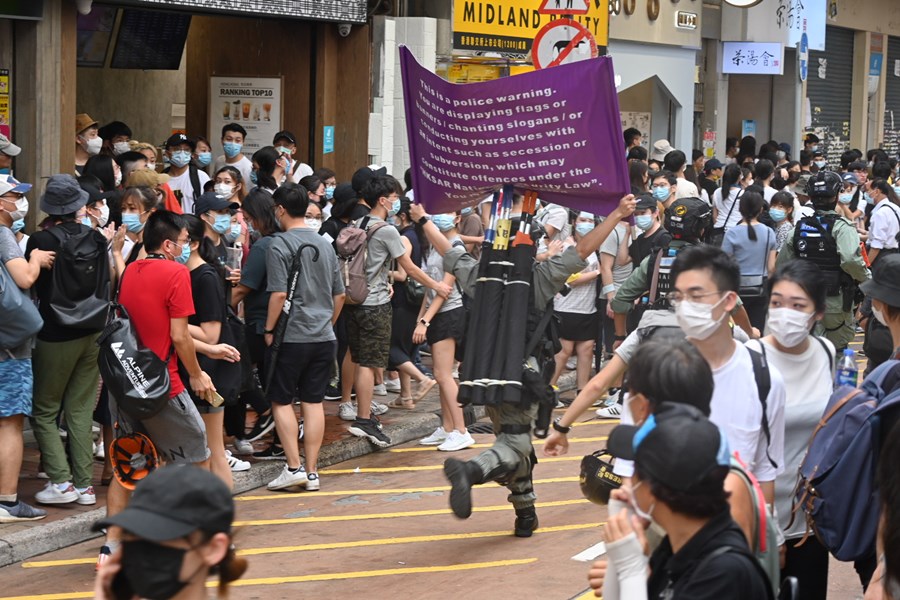 “A man was arrested for holding a #HKIndependence [Hong Kong independence] flag in #CausewayBay, Hong Kong, violating the #NationalSecurityLaw. This is the first arrest made since the law has come into force,” Hong Kong police said in a post on Twitter.

Police, who earlier banned the rally, cited the law for the first time in confronting protesters and they also made their first arrest under it — a man holding a flag advocating independence.

“You are displaying flags or banners/chanting slogans/or conducting yourselves with an intent such as secession or subversion, which may constitute offences under the … national security law,” police said in a message displayed on a purple banner.

The arrest came on the 23rd anniversary of Hong Kong’s return to China, marked on July 1.

A flag-raising ceremony at the Golden Bauhinia Square was attended by top officials, including Chief Executive Carrie Lam.

She defended the new law in her address, saying it will help “restore stability and order” in Hong Kong, according to Chinese state-run media.

The legislation was unanimously passed by China’s National People’s Congress on Tuesday and then signed into law by President Xi Jinping.

It has drawn criticism within Hong Kong and in the international community, which Beijing has dismissed as “foreign intervention”.

Hong Kong is a semi-autonomous region which has been part of China since 1997, when the UK handed over the former colony to Beijing.

Since last year, it has been mired in protests sparked by a move to legalize extradition of people to mainland China. 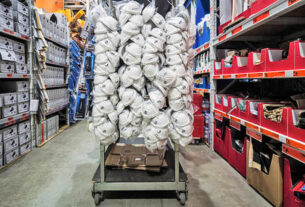 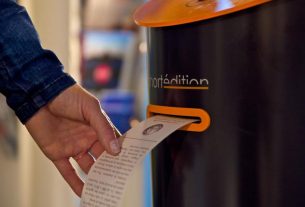 Short story ‘vending machines’ to be installed in Grenoble, France 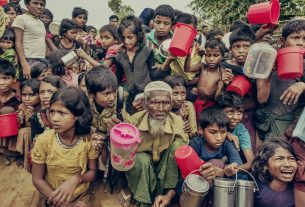