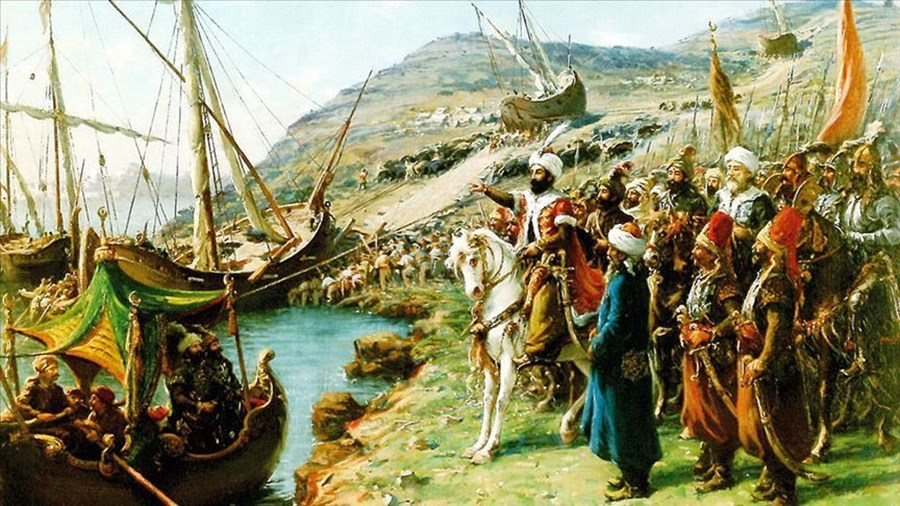 On this day 567 years ago Istanbul was conquered by an Ottoman king.

Constantinople, as it was then known, was capital of the Byzantine Empire. It was surrounded by many Muslim states.

Sultan Mehmet II, also known as Mehmet the Conqueror, led an army and conquered Istanbul in 1453.

He had planned to conquer Istanbul when he was just a prince, according to data compiled by Anadolu Agency.

Mehmet II gave orders to prepare for a siege of Edirne, a northwestern province of present-day Turkey which shares a land border with Greece.

In 1452, Zaganos Pasha, a formidable Ottoman commander, fortified the Anatolian Fortress and finished building the Rumanian Fortress, both overlooking the Bosphorus Strait. The idea was to block military assistance to the Byzantine Empire in Istanbul through the Black Sea.

Urban, a Hungarian cannon caster, prepared cannonballs that would be fired from the Rumelian Fortress.

The cannonballs submerged the ship of a trespasser, Venetian Antonio Rizzo in the Bosphorus.

This success made it crucial to build larger cannonballs to demolish the walls of Istanbul. So, cannonballs weighing 600 kg (1,322.77 pounds) with a diameter of 62.6 cm (2.03 feet) were casted in Edirne.

After the cannonballs were brought to Istanbul and the Rumelian Army arrived, Mehmet II demanded that Byzantine Emperor Constantine XI should leave the city and declared war.

The first attack was carried out on April 18, 1453, but it failed causing losses to the Ottoman army.

Moreover, defenders of the city received military assistance from three Genoese and one Byzantine ship, which broke the Ottoman blockade in the Bosphorus on April 20.

Aksemseddin, a famous scientist of the era who supported the Sultan in those difficult days, wrote a letter to the Sultan saying the siege must go on. This is the only document of the incident which has been preserved to this day.

A second plan was put in place. Some 60 ships were moved toward the Golden Horn on a road through a small cove with the help of men and oxens.

The ships reached the Golden Horn on April 22 shocking the Byzantine army which was hopeful of assistance from Genoese ships.

Six days later, Venetian Admiral Giocomo Coco failed to destroy Ottoman ships and was buried in the Golden Horn waters with his ship.

On May 6, the Ottoman army shifted its focus on the city walls between Topkapi and Edirnekapi, which had been weakened due to cannonballs.

Meanwhile, the Hungarian ambassador came to the Ottoman army and threatened that a Crusader army would set sail if the siege was not called off. Byzantinian men also sneaked into the Ottoman army spreading rumors that help was coming for the enemy from the Balkan side.

The nearly 50-day siege had created unrest in the Ottoman army.

Sultan Mehmet II ordered Zaganos Pasha to carry out the final attack on May 29.

Constantine XI, on the other hand, was trying to keep his realm in high spirits by organizing religious rite one after the other.

During the massive three-wave attack of the Ottomans at sunrise, Giovanni Giustiniani-Lungo, a Genoese soldier who was leading the defense was injured.

Topkapi city walls and its high tower were destroyed by artillery fire and burning gunpowder.

Constantine XI along with his comrades was killed by Ottoman soldiers.

Mehmet II entered the city victorious and went to the dome of Hagia Sophia to get a view of Istanbul.

He then ended the siege.

Istanbul was declared the new capital of Ottoman Empire.

With the conquest of Istanbul, the 1058-year Byzantine Empire dissipated, the Middle Age ended and the New Age began. 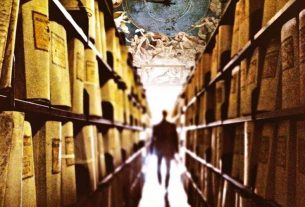 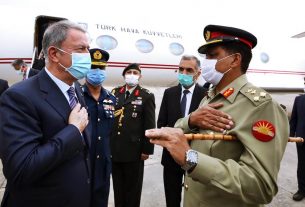 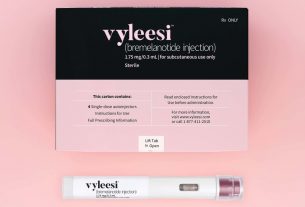 Vyleesi: latest attempt at ‘female Viagra’ approved by US regulators