When would you know you have the virus?

These estimates are based on what was observed in the early days of the virus outbreak in Wuhan, China, the Centers for Disease Control and Prevention (CDC) reported. The estimates are also informed by what is known about the better-studied and related viruses MERS-CoV and SARS-CoV. SARS-CoV caused an outbreak of severe respiratory disease in 2002, and MERS-CoV emerged in 2012.

Still, this estimate may change as more information becomes available. Some reports suggest that the incubation period may be as long as 24 days, according to a recent review paper published in the journal JAMA.

It’s not yet clear whether people infected with the new coronavirus are very contagious during the incubation period, though there have been reports of people transmitting the virus without showing symptoms. It is also unclear what proportion of people catch the virus but never develop any symptoms.

Based on data from China, the WHO-China Joint Mission on Coronavirus Disease 2019 (COVID-19) suggests that asymptomatic cases are rare. On the cruise ship the Diamond Princess, however, 392 of 705 cases were reported to be asymptomatic, the CDC reported. People who are reported as asymptomatic may later go on to develop symptoms, however.

There are also reports of people testing positive for the new coronavirus for up to two weeks after their symptoms abate. In these cases, viral levels may be very low, so it is unlikely that the individuals are highly contagious.

The novel coronavirus, now called SARS-CoV-2, causes the disease COVID-19. The virus was first identified in Wuhan, China, on Dec. 31, 2019. Since then, it has spread to every continent except Antarctica. The death rate appears to be higher than that of the seasonal flu, but it also varies by location as well as a person’s age, underlying health conditions, among other factors.

For instance, in Hubei Province, the epicenter of the outbreak, the death rate reached 2.9%, whereas it was just 0.4% in other provinces in China, according to a study published Feb. 18 in the China CDC Weekly.

Scientists aren’t certain where the virus originated, though they know that coronaviruses (which also include SARS and MERS) are passed between animals and humans. Research comparing the genetic sequence of SARS-CoV-2 with a viral database suggests it originated in bats.

Since no bats were sold at the seafood market in Wuhan at the disease’s epicenter, researchers suggest an intermediate animal, possibly the pangolin (an endangered mammal) is responsible for the transmission to humans. There are currently no treatments for the disease, but labs are working on various types of treatments, including a vaccine. 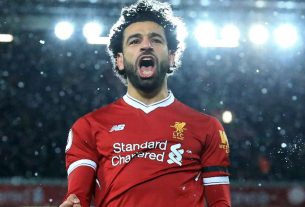 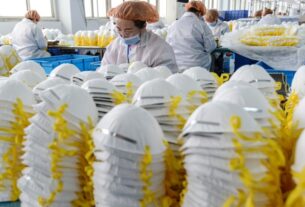