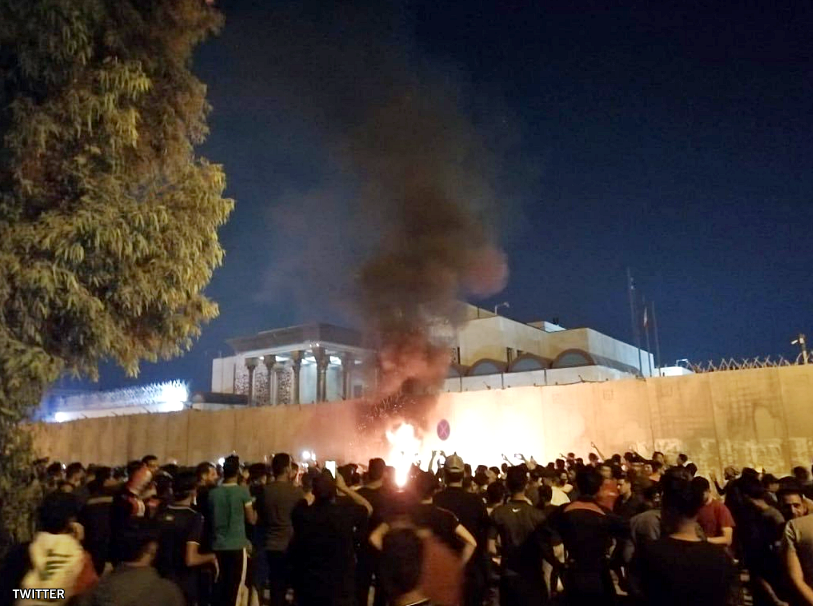 At least three Iraqi protesters have been killed during an attack on the Iranian consulate in the Shia holy city of Karbala, according to security sources.

Witnesses cited by news agencies said demonstrators scaled the concrete barriers surrounding the building late on Sunday. They brought down an Iranian flag and replaced it with one of Iraq, in a sign of increasing anger among some demonstrators against Tehran’s perceived interference in Iraqi politics.

Security forces fired in the air to disperse the crowd, who threw stones and burned tires around the building on a street corner in Karbala, south of the capital, Baghdad.

The Iranian consulate in the holy shrine city of Karbala. These scenes will be cause for deep concern in Tehran. pic.twitter.com/IqoTzCFAMV

Iraqis are saying enough is enough with Tehran’s meddling in their country.#IranOutOfIraq pic.twitter.com/OQbYafiF08

Iraqis are saying enough is enough with Tehran’s meddling in their country.#IranOutOfIraq pic.twitter.com/OQbYafiF08

The incident came amid ongoing protests in Baghdad and majority-Shia provinces in the south demanding an overhaul of the political system.

The demonstrations are rooted in long-standing grievances over poor governance, official corruption and lack of economic opportunity, but have since expanded into demands for sweeping changes and an overhaul of the country’s political system, which was established after a US-led invasion in 2003.

The demonstrators have directed their ire at a class of elite leaders whom they accuse of pillaging the oil-rich country’s wealth while the population grows poorer.

Protesters have also directed their rage at neighbouring Iran and the powerful Iraqi Shia militias tied to it.

In his weekly sermon, top Iraqi Shia leader Grand Ayatollah Ali al-Sistani warned of “civil conflict, chaos and destruction” if the security forces or paramilitary groups crack down on the protests, while also giving an apparent nod to protesters who say the government is being manipulated from abroad, above all by Iran.

“No person or group, no side with a particular view, no regional or international actor may seize the will of the Iraqi people and impose its will on them,” he said on Friday.

Al-Sistani’s remarks, which can usually make or break a government decision in Iraq, came a day after comments by Iran’s Supreme Leader Ayatollah Ali Khamenei.

“I seize this opportunity to tell those who care about Iraq … to remedy insecurity as their priority,” Khamenei said. The supreme leader blamed the United States its allies for spreading “insecurity and turmoil” in Iraq and Lebanon, where similar demonstrations have been ongoing for weeks, urging anti-government protesters in both countries to seek changes lawfully.

The US and Iran enjoy significant political and military influence in Iraq, and protesters have accused the political elite of being subservient to one or the other without concern for the needs of ordinary people.

The protests, which began more than a month ago, have often turned violent, with Iraqi security forces opening fire and protesters torching government buildings and headquarters of Iranian-backed militias. More than 250 people have been killed in the security crackdown.

Feisal Istrabadi, a former Iraqi ambassador to the United Nations and director of the Center for the Study of the Middle East at Indiana University, warned the situation could deteriorate.

“I am very much afraid that is what’s coming next,” he told Al Jazeera, saying it is “nearly impossible” for the current leaders in Iraq to quell the ongoing protests. 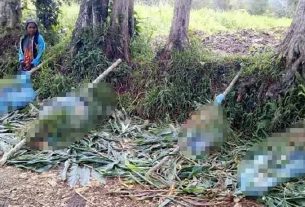 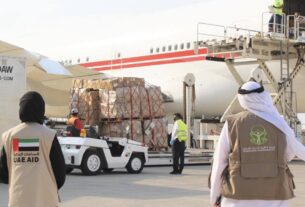 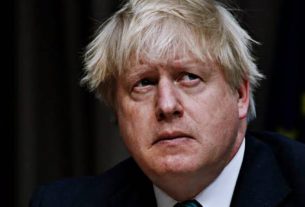 All eyes on Britain’s highest court