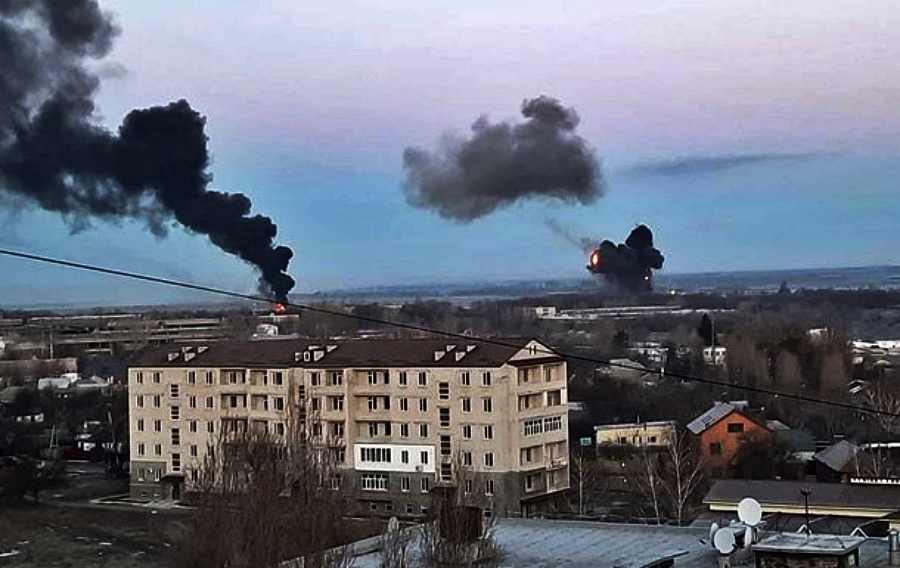 The Ukrainian army claimed in a statement on Saturday that Ukraine’s northern border region of Chernigiv came under “massive bombardment” fired from the territory of Russia’s ally Belarus.

“Around 5:00 o’clock in the morning (0200 GMT) the Chernigiv region suffered a massive bombardment by missiles. Twenty rockets, fired from the territory of Belarus and from the air, targeted the village of Desn.” The military leadership for northern Ukraine posted on Facebook, stating that no victims have been reported as of yet.

Ukraine’s intelligence service has said that Russia was aiming to drag Belarus into the war, after missiles were fired from Belarusian territory into the border region of Chernihiv.

“Today’s strike is directly linked to Kremlin efforts to pull Belarus as a co-belligerent into the war in Ukraine,” the intelligence service, which is part of the defence ministry, said on Telegram.

The ministry stated in its daily Twitter update that “Since the start of June, the Russian high command has highly likely removed several Generals from key operational command roles in the war in Ukraine,”

After weeks of intense street warfare, Ukrainian forces have been ordered to leave the battleground city of Sievierodonetsk in order to regroup and prevent further losses. MONKEYPOX VIRUS DETECTED IN CHILDREN BY US HEALTH OFFICIALS