Microsoft has launched a new interactive Bing map to provide information on the spread of COVID-19, the disease caused by the novel coronavirus. The map shows the amount of cases on a per country basis, broken down by the number of currently active cases, recovered cases, and fatal cases. In the US, meanwhile, you can view information state-by-state. Selecting individual countries or states will provide links to relevant news stories and videos. Unfortunately, the stories being promoted aren’t always the most timely or useful to understand the current state of the evolving pandemic.

Microsoft says the tool is pulling data from a collection of sources including the World Health Organization (WHO), the US Centers for Disease Control and Prevention (CDC), the European Centre for Disease Prevention and Control (ECDC), and Wikipedia. The tool itself doesn’t say how frequently its numbers are being updated, but at the time of publication we found the data to have been updated in the last hour.

Although the case numbers the tool is pulling are consistent with those published by the WHO, Microsoft’s COVID-19 tracker appears to be having trouble surfacing relevant news stories. When we tried to check news stories that were relevant to the outbreak in the UK, for example, one of the reports it surfaced was about a series of home improvement stores closing in France and Spain. Even more strangely, the lead video was an old news segment from January 24th with the title “No confirmed cases of coronavirus yet in the United Kingdom,” despite the tracker listing 1,391 cases in the country.

Meanwhile, in the Netherlands, the most recent article on the Dutch map (when viewed from The Netherlands) is two weeks old, despite the fact that the country’s government took the major decision to shut down public places including restaurants and schools just yesterday.

Microsoft isn’t the only tech giant which is looking to provide information resources amidst the pandemic. Google has said it will launch a website “late Monday” with information about the outbreak, including how to prevent its spread and links to local resources. It is also providing information on the novel coronavirus on its homepage, and via YouTube and Maps. The company is also launching a limited coronavirus screening website, which is currently only available to people in the Bay Area of California, in contrast to the nationwide service that the US government suggested it was building on Friday. 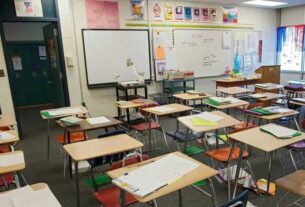 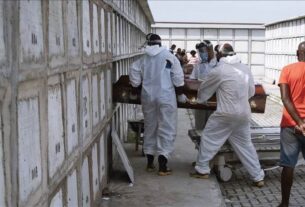