A plan by Libyan National Army commander Khalifa Haftar to wipe out “terrorists” has sparked concern in Moscow as it is unclear who is considered a target. It comes as the UN warns that Libya is on the verge of a new civil war.

If Haftar genuinely seeks to free Libya from terrorists, he should coordinate his action with the Tripoli-based government of the national accord, not fight it, the head of the Russian contact group on intra-Libyan settlement, Lev Dengov, said, adding that the general’s intentions appear quite obscure so far.

“He [Haftar] presents his action as a mission of a man purging terrorists out of Libya. Unfortunately, we cannot establish whom exactly he calls terrorists,” Dengov told the RIA news agency. “Even if there are any… people or organizations united behind some [extremist] leaders or armed gangs, I cannot see them now.”

The Russian Foreign Ministry also expressed “deep concerns” over the fact that both the Tripoli-based government and Haftar, who supports a rival authority in the eastern city of Tobruk, are seemingly hell-bent on resolving the conflict, which they have been engaged in for almost two months, by force.

The internal conflicts in Libya only help terrorist groups which have intensified their activities in the southern regions of the war-torn country, the ministry’s spokeswoman, Maria Zakharova said during a briefing on Thursday. Moscow actively supports the idea of “ceasefire and a UN-sponsored intra-Libyan dialog aimed at creating unified sovereign state institutions,” she said, adding that Moscow is ready to lend assistance to the Libyans, particularly in their communication with outside actors.

Libya under threat of ‘permanent division’

The ongoing standoff in Libya might yet spill over into a new all-out civil war, which could lead to its ultimate collapse as a unified state, the UN warned in its recent assessment of developments in the North African country.

“Forty-eight days into the attack on Tripoli by General Haftar’s forces, there has already been too much death and destruction,” the UN Libya envoy, Ghassan Salame, told the UN Security Council earlier this week.

Libya is on the verge of descending into a civil war which could lead to the permanent division of the country. The damage already done will take years to mend, and that’s only if the war is ended now.

Haftar attempted to justify his ongoing offensive on Tripoli by claiming there is a need to wipe out alleged extremists that supposedly “infested” the UN-backed government.

However, his attack might in fact have aided the real terrorists entrenched in Libya’s south, Salame warned. “The security vacuum created by the withdrawal of many of General Haftar’s troops from the south, coupled with the focus of the western forces on the defense of the capital, is already being exploited by Daesh and Al-Qaeda,” he said, using an Arabic acronym for Islamic State (IS, formerly ISIS).

Further hostilities between Libya’s rival political powers could spell trouble not only for the nation itself but for all of its neighbors and potentially even Europe, the UN official warned.

The violence on the outskirts of Tripoli is just the start of a long and bloody war on the southern shores of the Mediterranean, imperiling the security of Libya’s immediate neighbors and the wider Mediterranean region.

However, neither of the two warring parties is seemingly ready for genuine dialog. Earlier this week, it was reported that Haftar ruled out a ceasefire as he met the French President Emmanuel Macron in Paris. The general sees the government of national accord as “completely infested by militias” he fights against, a French presidential official told journalists after the meeting.

The head of the UN-backed government, Fayez al-Serraj, also rejected the idea of a ceasefire. He told Euronews on Wednesday that the fighting would only stop after Haftar pulls his troops back to the east.

“The distrust we see between the Libyan actors is stronger than ever today,” the French official said.

According to Salame, Haftar’s offensive on Tripoli already claimed lives of 460 people and left more than 2,400 injured. Over 75,000 civilians were forced to leave their homes while some 100,000 were trapped in frontline areas. 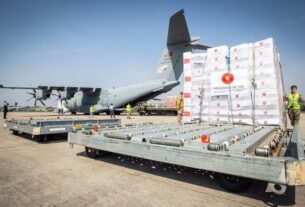 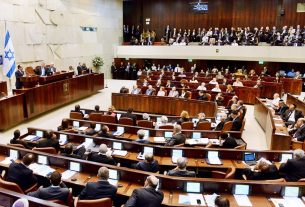 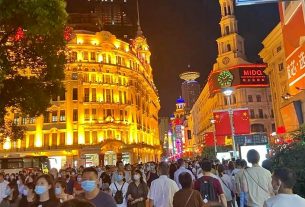