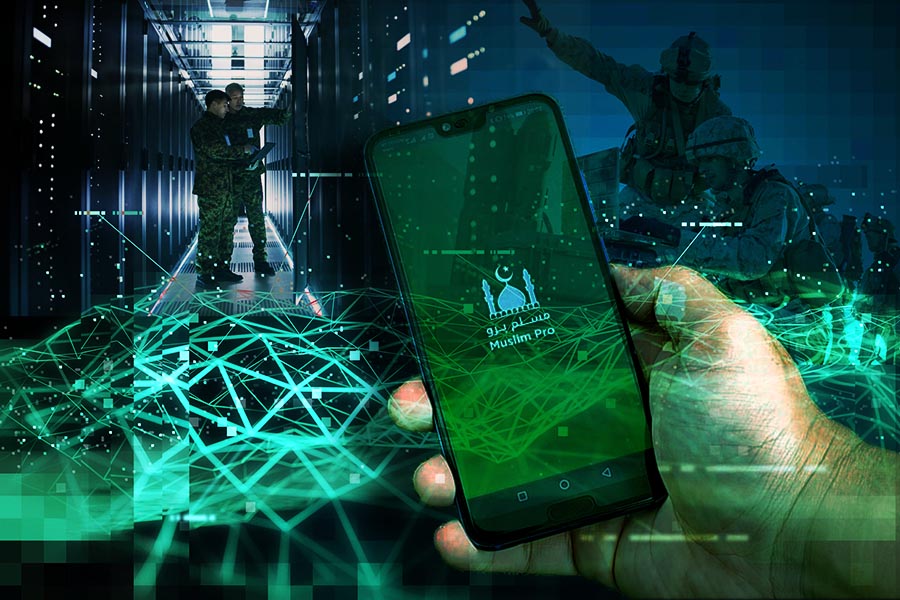 An investigation by the online magazine Motherboard published on Monday found the US Special Operations Command was procuring location data from several companies.

The most popular app among those targeted was a Muslim prayer and Quran app called Muslim Pro, with more than 98 million downloads worldwide. Others included a Muslim dating app.

After Motherboard Investigation Muslim Pro has said it will no longer share user data with X-Mode, a location data firm that has sold information to, among other clients, defense contractors and ultimately the U.S. military.

Earlier on Tuesday Muslim praying app, told Middle East Eye it had severed all ties with a location technology company that reportedly sold its user data to the US military.

Zahariah Jupary, head of community at Muslim Pro, dismissed Motherboard’s report as “incorrect and untrue”, but nonetheless said it was severing all ties with X-Mode.

“In respect of the trust millions of prayers puts in Muslim Pro every day, we are immediately terminating our relationships with our data partners—including with X-Mode, which started four weeks ago. We will continue to take all necessary measures to ensure that our users practice their faith with peace of mind, which remains Muslim Pro’s sole mission since its creation,” Muslim Pro told Motherboard in an email on Tuesday, Vice reported

Muslim Pro’s statement added “The protection and respect of the privacy of our users is Muslim Pro’s outmost priority. As one of the most trusted Muslim app over the last 10 years, we adhere to the most stringent privacy standards and data protection regulations, and never share any personal identifiable information. Since we were made aware of the situation, we have launched an internal investigation and are reviewing our data governance policy to confirm that all user data was handled in line with all existing requirements.” Muslim Pro also sent location data to other firms, such as Tutela.

“The Most Popular Muslim App!,” Muslim Pro’s website reads. The app also includes passages and audio readings from the Quran. Motherboard also found that Muslim Pro did not mention X-Mode in its privacy policy, or make it clear at all to an ordinary user that the app sent its users’ location data to X-Mode. COVID-19 AND ITS EFFECT ON OUR ENTIRE BODY