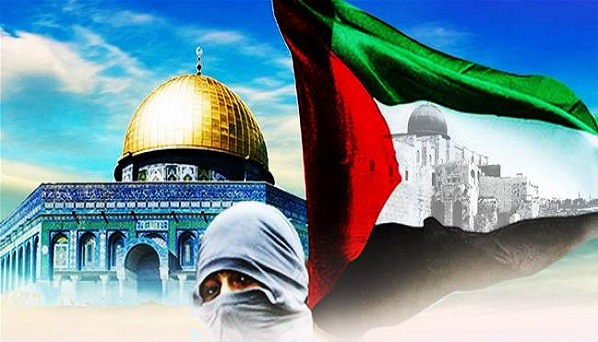 Iran’s pro-Palestinian mask has been slipping over the past 15 years.

On the last Friday of every Ramadan since Ayatollah Ruhollah Khomeini’s 1979 revolution, Iran has had huge rallies to oppose Zionism and the Israeli occupation of Jerusalem and surrounding holy lands of historical Palestine.

These demonstrations have been given official status and dubbed “Quds Day,” borrowing the Arabic word for Jerusalem, while serving as a reaction to Israel’s own Jerusalem Day celebrations, which commemorate Israeli control over the disputed holy city.

At face value, there does not seem to be anything inherently wrong with Iranian support for Palestinian rights but, and as is usually the case with Tehran, there is more here than meets the eye.

It is increasingly accepted that Israel is illegally occupying Palestinian territory, whether in East Jerusalem or in the myriad illegal Jewish settlements that dot land apportioned for a future Palestinian state. This has been recognised by the international community repeatedly, most notably in the dying days of the Obama administration whose unusual abstention on a vote in 2016 allowed passage of a UN Security Council resolution that demanded an end to Israeli settlements, enraging Tel Aviv and its allies, most notably the incoming Trump administration.

In typical fashion, however, Iran has not only manipulated these developments but has been feeding off predominantly anti-Israeli Muslim sentiments. Muslims view Jerusalem, and particularly al-Aqsa Mosque, as the third holiest site in Islam and Israeli violations there inflame feelings.

Muslims see their Palestinian brothers and sisters exposed to all manner of abuses, from arbitrary arrests, torture and even the killing of children, which undoubtedly leads to great rage. Iran has weaponised these powerful emotions and positioned itself as a champion of the Palestinian struggle for independence and human rights so it can benefit from an instant public relations coup.

In reality, Iran could not care less about the Palestinians or their suffering.

Iran’s mullahs like to plaster the word “Quds” over almost everything from institutions to slogans and all for the sake of being able to brag that they are standing for Palestinian rights while their rivals in the Arab world do nothing. During the 1980-88 Iran-Iraq War, Khomeinists frequently used to say that “the road to al-Quds lies through Baghdad,” exhorting their fundamentalist zealots to press on violently despite Iraq’s major military deployments against Israel.

Iran’s Islamic Revolutionary Guard Corps has an elite unit known as al-Quds Force and drape Palestinian keffiyehs around the shoulders of all public officials. Clearly, then, the symbolism of Jerusalem plays an important role in Iranian propaganda.

Yet the pro-Palestinian mask has been slipping over the past 15 years as Iranian actions against Palestinians reveal the regime’s true intentions.

In Iraq, countless Palestinian refugees were subjected to gross human rights violations, torture, death and expulsion after the collapse of the Saddam Hussein regime in 2003. The perpetrators were Iranian proxies, who accused the refugees of having Ba’athist sympathies. Iraqi Shia jihadists exacted a terrible vengeance against innocent Palestinian civilians eking out an existence in war-ravaged Iraq.

More recently in Syria, Iran has played an active role in the decimation and destruction of Palestinian refugee camps, most notably in the Yarmouk camp near Damascus that was depopulated by the Assad regime and his Russian and Iranian allies earlier this year.

Palestinians viewing Iranian theatrics nominally in support of their people would have at least appreciated the gesture if they did not see Iran-sanctioned violence being perpetrated against the very same people Tehran purports to support.

With Iran’s history of misusing and abusing the legitimate Palestinian struggle and cause, the Palestinians themselves would not be blamed for thinking: “With friends like Iran, who needs enemies?”

–TallhaAbdulrazaq is a researcher at the University of Exeter’s Strategy & Security Institute, and winner of the Al Jazeera Young Researcher Award. He blogs at thewarjournal.co.uk and tweets from @thewarjournal

The statements, views and opinions expressed in this column  are solely those of the author and do not necessarily represent those of Independent Press. 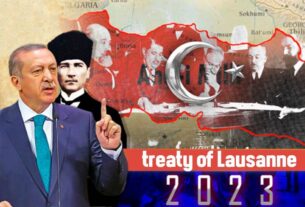 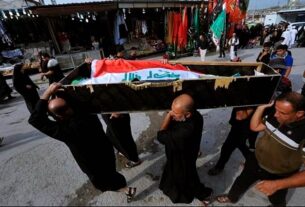 OPINION: THERE ARE DEAD WITHOUT GRAVES IN IRAQ 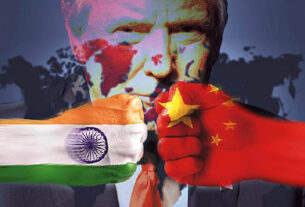 ANALYSIS – CHINA-INDIA BORDER CLASHES AND US STRATEGY IN INDO-PACIFIC