Sun 24 October 2020:
On 2 October 1187, Ayyubid Sultan Salah Al-Din (known in the West as Saladin) liberated Jerusalem from the Crusaders nearly a century after they captured the holy city from the Fatimid Caliphate.

What: Saladin’s liberation of Jerusalem

The Crusader Kingdom of Jerusalem

With a cry of ‘Deus vult!’ – Latin for ‘God wills it’ – head of the Roman Catholic Church Pope Urban II ignited the flame for the Crusades in 1095, urging Christian Europeans to go on ‘armed pilgrimage’ to Jerusalem and reclaim the Holy Land from Muslims. An army of 100,000 undertook the mission, forming the First Crusade.

On 15 July 1099, Jerusalem, which had been recaptured by the Fatimids from the Seljuks the year before, fell to the Crusaders after a brutal siege which lasted for over a month.

Their victory laid the foundations for the establishment of the Crusader Kingdom of Jerusalem.

At the time, Muslim forces in the Middle East and North Africa region were divided, with power struggles between and amongst the Sunni Seljuks in the Levant and the Shia Fatimids in Egypt.

Sultan Nur Al-Din Zengi, who ruled much of the Syrian province of the Seljuk Empire between 1146 and 1174, sought to unite all Muslim forces between the Euphrates in Mesopotamia and the Nile in Egypt in order to defeat the Crusaders.

Saladin, who was born in 1137 into a Kurdish Sunni military family had gone on a military expedition on behalf of Nur Al-Din to Egypt alongside his uncle Shirkuh to help the wazir (adviser) to the Fatimid Caliph Al-Adid, Shawar, to resolve internal power struggles and assert his rule. However, Shawar, the effective ruler of Egypt, soon allied with the Crusaders against Shirkuh and the Zengids.

Upon the personal request of the Caliph Al-Adid, Shirkuh came back to Egypt to fight off Crusader incursions. He later had Shawar executed and, despite being Sunni, was appointed wazir by the Shia Caliph. But Shirkuh died soon after, and Saladin was appointed wazir in his place.

Saladin consolidated his position in Egypt and, upon the Caliph’s death, became ruler of Egypt and abolished the Fatimid Caliphate.

Indeed Nur Al-Din extended his dominance across large parts of the Muslim world, but he died before he achieved his ultimate goal of liberating Jerusalem. Defeating other claimants to Nur Al-Din’s throne in Syria, Saladin was proclaimed sultan.

Saladin had spent over a decade unifying Muslim cities under Sunni rule. He established the Ayyubid dynasty and asserted his rule over Egypt, Syria, Upper Mesopotamia, the Hejaz, Yemen and much of the North African coast, finally realising Nur Al-Din’s dream.

In 1185, Saladin agreed to a truce with the Crusaders, allowing him time to deal with political problems in the Muslim world and raise a large army.

After unifying Muslim lands under his rule, Saladin was ready to take on the Crusaders in light of Raynald’s violation of the truce. The Kingdom of Jerusalem was, at this time, also internally divided.

On 4 July 1187, Saladin’s armies scored a great victory at the Battle of Hattin near Tiberias, the most pivotal defeat to befall the Crusaders. Crusader King Guy de Lusignan and many Crusader princes and lords, including Raynald of Châtillon, were captured. Saladin killed Raynald in fulfilment of a vow that he made following the latter’s murderous attacks against Muslims.

After the Battle of Hattin, which dealt a major blow to both the morale and military might of the Crusaders, Saladin moved against many Crusader states and conquered almost every Crusader territory in the region, clearing the path to retake Jerusalem.

The holy city had become a refuge for most of the Crusaders of the Levant, and fighters who fled previous defeats against the Muslims. They held out in defence of Jerusalem as Saladin’s forces descended on the city and besieged it.

The Muslim army bombarded the city walls using catapults and tried to storm the city several times. After a 12-day siege, on 2 October 1187, the leader of the Christian forces, Balian of Ibelin, surrendered the city.

In contrast with the bloody takeover by the Crusaders who massacred 40,000 Muslim and Jewish inhabitants upon entering Jerusalem in 1099, the handover to Muslim control was peaceful. The Crusaders were given safe passage out of the city and Christian places of worship were left intact. Arab Christian communities were allowed to stay.

After 88 years in the hands of the Crusaders, the Muslims, led by Saladin, entered Jerusalem once again.

Jehan Alfarra is a Palestinian writer and multimedia journalist covering Middle Eastern affairs and specialising in Palestinian political news and social issues. She is also a contributing author to the book “Gaza Writes Back”. 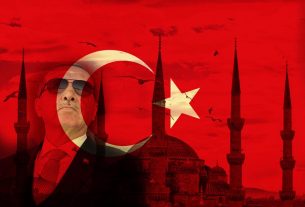 ISRAEL HOPES TO WEAKEN TURKEY BY INCITING AGAINST IT 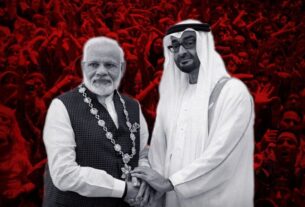 WHY RSS POSES A THREAT TO THE GULF SOCIETIES !