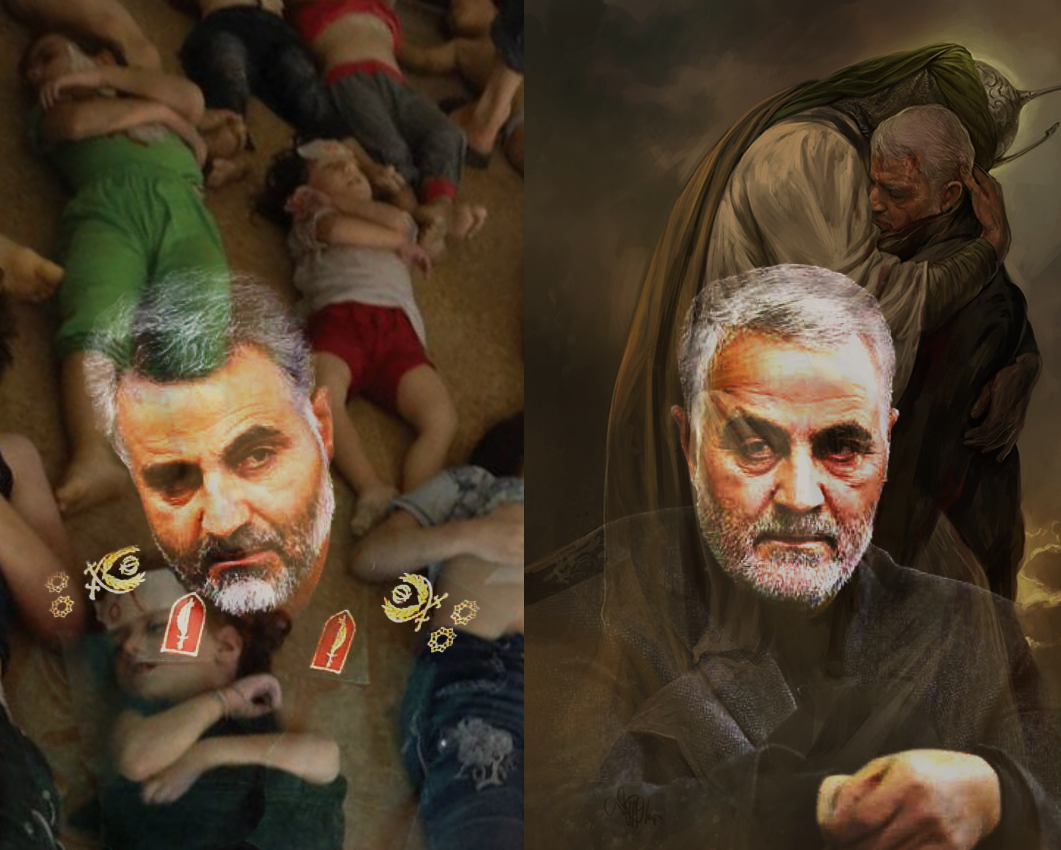 Soleimani is the product of the same historical events that have curbed popular sovereignty and democracy in the region.

A plethora of articles has been published in recent days on the US air strike that killed Iranian General Qassem Soleimani and Iraqi militia leader Abu Mahdi al-Muhandis.

Many authors claim that it “is inexcusable to ignore the crimes of Soleimani”. Others contend that his killing “may harm the symphony of Iranian power that he projected like a conductor”, and that the general is seen by the “great majority of Arabs” as “responsible for ethnic cleansing of Arabs”.

No less common is the opinion that Trump’s decision to kill Soleimani was “a reckless gamble”.

What is missing in these and many other opinions or analyses published so far is context; that is, what Czech essayist Milan Kundera would call “the weight of history”.

To understand the present, we have to go back to the roots of the Iranian revolution of 1979, the role of Western countries in the 1980-1988 Iraq-Iran war, the outcomes of the 2003 US invasion of Iraq, the circumstances that enabled the rise of Soleimani, and the consequences of the Trump administration’s escalation against Iran.

A history of foreign intervention

The modern history of Iran is deeply intertwined with that of Western countries, which have repeatedly intervened in Iranian internal affairs and shaped contemporary Iranian politics.

In 1890, Shah Nasir al-Din granted English Major Gerald F Talbot a 50-year monopoly over the production, sales and exports of tobacco – a widely consumed product in Iran. This triggered the Tobacco Revolt of 1891-1892: the first form of organised resistance against Western expansionism in Persia, which paved the way for the “emergence of Shi’ism as an insurrectionary movement against colonialism”.

In 1921, the British backed a coup against the Iranian government under the weak Shah Ahmad of the Qajar dynasty. The coup was led by army officer Reza Khan and was meant to install a stronger ruler in Iran, sympathetic to London and able to resist the attacks of Soviet-backed forces.

The origins of the Pahlavi dynasty, which ruled Iran until the “Islamic revolution” of 1979, can be traced to the 1921 coup d’etat backed by the British authorities. After suppressing all forms of opposition and consolidating power, in 1925 Khan was crowned Shah of Iran, thus founding the Pahlavi dynasty.

In 1953, the CIA and MI6 put together a plot to overthrow the democratically elected government of Mohammed Mosaddegh, who had pushed for the nationalisation of the Anglo-Iranian oil company. London saw this decision as a serious threat to its interests. Washington, for its part, was also interested in Iranian oil and feared that Iran’s powerful communist party, Tudeh – which had some interests in common with Mosaddegh – might take power.

These events laid the key foundations for the “most popular” revolution in modern and contemporary history, generally known as the “Islamic Revolution” of 1979. In the decades and years preceding it, in fact, millions of Iranians felt the need to repel external interference and to oppose the Pahlavi regime and its attempts to erase dissent.

The ‘rise’ of Iran

Probably the single biggest enabler of Iranian power projection abroad has been the US and its policies in the region. The “so-called “war on terror”” the Bush administration launched in 2001 in the aftermath of the 9/11 attacks in many ways helped Iran spread its influence.

During the invasion of Afghanistan in 2001, Tehran supported the fight against the Taliban, a regime dominated by majority Pashtuns that imposed a harsh Sunni Islamic government. Then, when the Bush administration turned its gaze to Iraq, Iran welcomed that development too.

At the time, the US defence secretary, Donald Rumsfeld, declared that, when it came to weapons of mass destruction, “we know where they are”, while the current Israeli Prime Minister Benjamin Netanyahu testified to the US Congress that “There is no question whatsoever that Saddam is seeking, is working, is advancing towards to the development of nuclear weapons [..] If you take out Saddam’s regime, I guarantee you that it will have enormous positive reverberations on the region”.

However, the invasion of Iraq and the “war on terror” in general brought devastation to the region. According to US State Department data, between 2001 and 2014, “incidents of terrorism” increased 3800 percent – from 355 in 2001 to 13,500 in 2014. Between 2001 and 2014, deaths from terrorist attacks increased six-fold, half of them occurring in Afghanistan and Iraq.

The latter had historically played the role of bulwark against the spread of Persian and then Iranian influence in the region. The collapse of Saddam Hussein’s regime enabled the Iranian projection of power and the proliferation of Iranian-backed militias in the Middle East.

In other words, some of the players that created the main structural conditions for Iran’s resurgence in the region are demanding today that the international community act in order to stem Tehran’s power.

It is within this context that Qassem Soleimani built his career and came to be one of the main agents of Iranian influence abroad.

While Iran was almost completely isolated, Iraq was heavily supported by the US, Saudi Arabia and a few European countries. Recently declassified CIA files prove that the US helped Saddam Hussein with intelligence, while being aware that he was using nerve agents, including mustard and sarin gas, against Iranian soldiers and civilians.

Soleimani volunteered for the front and quickly gained a reputation for his bravery on the battlefield. Throughout the war, he steadily rose through the ranks of the IRGC.

Soleimani remained relatively unknown until 2003, when he was tasked with supporting Shia militias in the region. In this new role, his popularity and appeal grew hand-in-hand with the collapse and fracturing of Iraq, which eventually created the conditions for the emergence of the ISIL (ISIS) armed group.

The rise of ISIL, which as David Kilcullen, a former adviser to US General David Petraeus, pointed out would not have existed “if we hadn’t invaded Iraq”, enabled Soleimani to further entrench Iranian influence in the region.

In Iraq, Soleimani was tasked with mobilising Iranian-backed militias in the fight against ISIL.

In Syria, where the US supported rebel groups who were found to have committed “violations of international humanitarian law”, he led the effort – with Russian help – to prop up the regime of Bashar al-Assad, while it continued to commit war crimes against its people, including killing hundreds of thousands of civilians.

Soleimani thus intervened on behalf of a brutal dictator in Syria and supported various armed groups across the Middle East, which have been involved in crimes against civilians. He was hardly a paladin or a symbol of justice or peace.

And yet, as an ancient Yiddish proverb goes: “A half-truth is a full lie”.

The life of Soleimani is firmly rooted in the history of his land and region. It is the product of some wrong decisions, but also, if not especially, of a century of oppression, external interferences, and a long-standing quest for justice and dignity.

The people in Iraq and the broader region deserve to live without suffering nefarious external interferences, both from Iran (which shares a border, as well as cultural and religious ties with Iraq) and the US (which is some 10,000km away). They deserve to live in a state where the rule of law prevails, free from violence by state and non-state actors.

But Soleimani’s death will not help to bring such change to the region.

In fact, it shifted attention away from the protests that took place in Iraq, Lebanon and other countries in the last few months, while giving more political momentum to the most conservative elements in Iran.

All this will result in a further stifling of internal dissent and will encourage Tehran to continue to support and grow its proxies in the Middle East.

Soleimani’s assassination also sent a message to authoritarian regimes in the region that they are safe from American aggression or regime change tactics as long as they act in line with US interests. In other words, they can kill and dismember journalists in their consulates abroad, use starvation against civilians as a war tactic, or carry out “widespread crimes under international law and human rights violations”, but their nations will not suffer economic sanctions and civilian and military leaders will be safe from US drones.

Most people in the region are fully aware of how dangerous these dynamics are, and are willing and ready to oppose them. Iranians are a good example. They have witnessed the disastrous consequences of Western interference in the region, and vehemently reject it.

At the same time, they want to shape a different Iran, one that – in the words of protesting Iranian students – the students of Amir Kabir University on January 12, “will not rush into the arms of imperialism due to its fear of despotism, and one that in the name of resistance and fighting against imperialism will not legitimise despotism”.

The views expressed in this article are the author’s own and do not necessarily reflect Al Jazeera’s editorial stance. 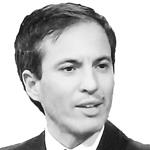 Lorenzo Kamel is Associate Professor of History at the University of Turin and director of IAI’s Research Studies. 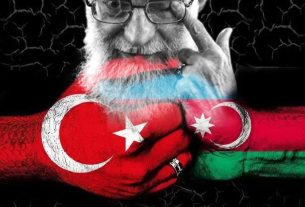 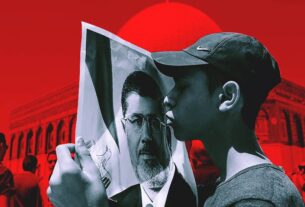 ANALYSIS – HISTORY WILL JUDGE, NOT FORGET, PLOTTERS OF EGYPTIAN COUP 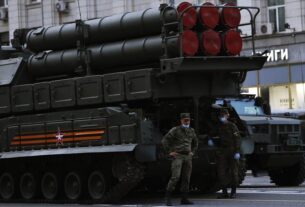