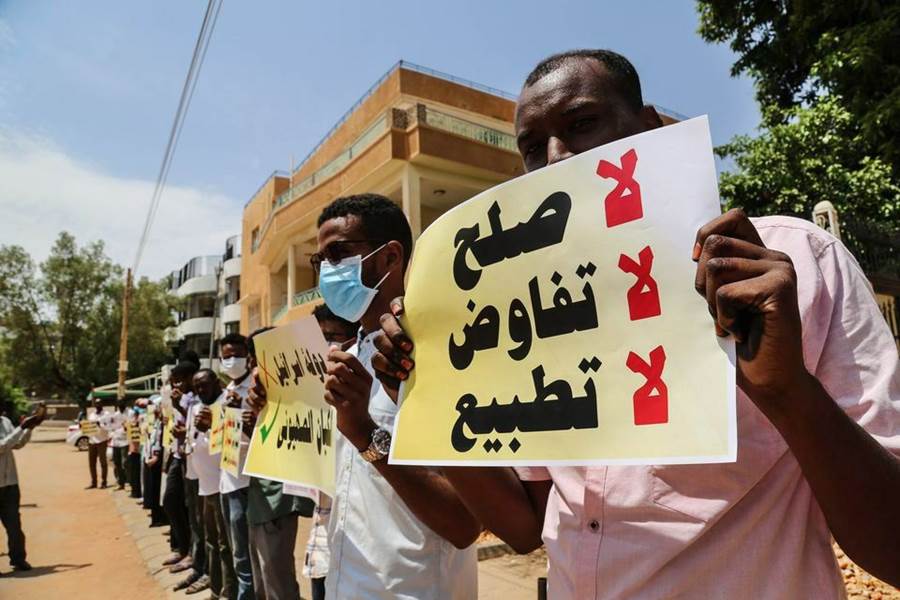 In the backyard of his home, that resembles the White House, Bortom, the 54-year-old businessman who works in the fields of agriculture and transportation, said  that the trip will include: “University professors, workers, farmers, artists, athletes and Sufis.”

Sudan is not currently holding official diplomatic relations with Israel, which in September signed two historic normalization agreements with the United Arab Emirates (UAE) and Bahrain.

This trip became a source of controversy in the North African country due to the division of positions on the issue of normalization with Israel, whether between political parties or within civil society, and even the transitional government that took power in Sudan after the overthrow of President Omar Al-Bashir in April 2019.

Regarding the purpose of the visit, Bortom, who wore traditional Sudanese clothes consisting of white robes and a turban, explained: “There is a psychological barrier between the Sudanese people and Israel, created by the Islamists, leftists and Arab nationalists. This psychological barrier must be removed.”

Bortom mentioned that he has never visited Israel and that he is not having any contact with the authorities of the country.

However, he indicated that nothing prevents him from visiting Israel after the phrase stating: “The bearer [of this passport] is allowed to travel to all countries except Israel,” was deleted from the Sudanese passport 15 years ago.

In an opinion poll conducted by the Arab Centre for Research and Policy Studies published last week, only 13 per cent of the Sudanese people support establishing diplomatic relations between Sudan and Israel, while 79 per cent oppose this step.

Bortom did not show any interest in the Palestinian cause, stating: “I only care about my country’s interests and I believe that our enmity with Israel has harmed us. Our country is rich in natural resources, and yet we have become beggars.”

The Sudanese economy is suffering a crisis partly due to the sanctions imposed on Khartoum for being included on the US list of states sponsoring terrorism since 1993. This was due to previous ties with Islamic organisations such as Al-Qaeda, whose former leader Osama Bin Laden was hosted by Sudan between 1992 and 1996, which led to isolating the country and depriving it from foreign investment.

The Sudanese businessman expressed: “I think that normalization will help our country attract investment and have access to Western technology. It is true that Israel is a small country, but its citizens have a great influence over the Western economy in Europe and the United States.”

The US administration wants Sudan to follow the lead of the UAE and Bahrain, as the US Secretary of State Mike Pompeo visited Khartoum in August to discuss the normalization file.

However, Hamdok confirmed his keenness to separate the issues of: “Removing Sudan from the list of state sponsors of terrorism and normalization with Israel.”

He stressed at the end of September: “The issue is complex and has many implications, which requires a discussion with the Sudanese social components.”

Secretary-General of the council Adel Hassan Hamza said “In the presence of 40 out of 50 members of the council, we issued a fatwa prohibiting normalization with Israel because it is an occupying entity that looted the Palestinian lands. I think the government will abide by this fatwa.”

However, Bortom believes that his visit to Israel will help build trust between the two counties and is determined to go ahead with his plan.

“The issue of normalization with Israel is not religious, but a political one. I know that my trip will provoke negative reactions, but this does not scare me,” Bortom asserted. 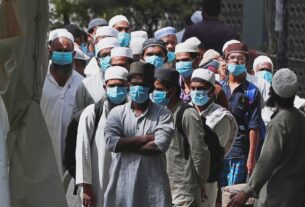 PLEAS IN INDIAN TOP COURT AGAINST BLACKLISTING OF OVER 3,500 FOREIGN NATIONALS FOR ALLEGED TABLIGHI ACTIVITIES 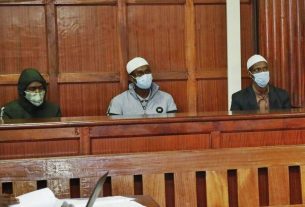 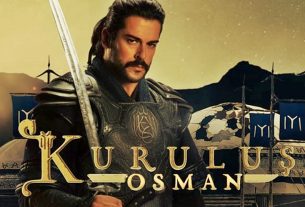