According to The Guardian, Simon Murray, speaking in the House of Lords, stated that many of the missing children were later tracked down and found.

The disclosure came after The Observer, The Guardian’s sister daily, reported that a whistleblower from a hostel in the seaside city of Brighton, run by the Home Office, claimed that some children had been abducted outside the hotel and forced into cars

“The Home Office have no power to detain unaccompanied asylum-seeking children in these hotels and we do know that some of them go missing,” he added, adding that many “are subsequently traced.”

Answering a question from Liberal Democrat peer Paul Scriven, Murray added that one girl and at least 13 under-16s were among those missing after being placed in hotels run by the Home Office.

He said that 88% of the 200 missing children were Albanian nationals, adding that it would be wrong “to make generalizations regarding the reason” the minors go missing.

According to The Guardian, nongovernmental organizations have repeatedly raised concerns over children that go missing from accommodation and have offered to help the government keep them safe, but the Home Office has turned down these offers.

Illegal migrants often seek any opportunity to cross the English Channel and end up in the UK, lured by social welfare, the possibility of obtaining refugee status and financial support. In August 2022, the UK recorded the highest number of monthly border crossings since 2019, with more than 13,500 people crossing the English Channel to enter the country.

In October, UK media reported that the country was spending almost 7 million Pounds ($8.5 million) per day on hotels for asylum seekers. NUCLEAR WAR BACK IN ‘REALM OF POSSIBILITY’ -UN SECRETARY GENERAL THE DIRTY HISTORY OF SOAP 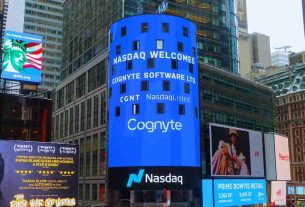