A senior Russian official has warned that a Western ban on Russian oil imports could cause oil prices to more than double, to around $300 per barrel, and force the shutdown of Russia’s main gas pipeline to Germany.

Russian Deputy Prime Minister Alexander Novak said on state television on Monday that it was “absolutely clear that a rejection of Russian oil would lead to catastrophic consequences for the global market”.

“The surge in prices would be unpredictable,” he said. “It would be $300 per barrel if not more.”

The warning came as the US announced that it and its European allies were considering blocking Russian oil imports in order to increase pressure on Moscow over its invasion of Ukraine.

According to the White House, US President Joe Biden discussed the subject with his counterparts in France, Germany, and the United Kingdom during a conference call on Monday. Biden is facing rising pressure from US lawmakers to cut Russia off from the money it receives from oil and natural gas exports.

But Biden has not made a decision “at this point”, a spokesperson said.

Following its assault on Ukraine, Western countries have slammed Moscow with a barrage of sanctions, with Washington targeting technology exports to Russian refineries and the Nord Stream 2 pipeline project, which was set to transport gas from Russia to Germany.

Berlin, which is highly reliant on Russian crude oil, has also put a hold on the pipeline’s accreditation.

However, German Chancellor Olaf Scholz warned against a ban on Russian oil and gas imports early on Monday, saying that Russian energy imports were “essential” to Europeans’ daily life.

‘We are ready for it’

With roughly 7 million barrels per day, or around 7% of global supply, it is also the world’s biggest crude and oil product exporter.

According to Novak, Russia’s deputy prime minister, if Europe banned Russian oil and gas, it would take more than a year for countries on the continent to replace the volume of oil they receive from Russia, and they would have to pay far higher rates.

“European politicians need to honestly warn their citizens and consumers what to expect,” Novak said.

“If you want to reject energy supplies from Russia, go ahead. We are ready for it. We know where we could redirect the volumes to.”

Novak said Russia was fulfilling its obligations in full but that it would be entirely within its rights to retaliate against the European Union after Germany froze the certification of the Nord Stream 2.

“In connection with … the imposition of a ban on Nord Stream 2, we have every right to take a matching decision and impose an embargo on gas pumping through the Nord Stream 1 gas pipeline,” Novak said.

“So far we are not taking such a decision,” he said. “But European politicians with their statements and accusations against Russia push us towards that.”

Oil prices have already reached their highest levels since 2008.

The price of benchmark US crude rose above $130 a barrel overnight on Monday morning, then fell to around $119 in lunchtime trading, a 3% gain. The international price soared to $139 a barrel before plummeting to around $123 a barrel.

The US Energy Department anticipated oil would average around $80 per barrel this year just a month ago, before to Russia’s invasion of Ukraine. 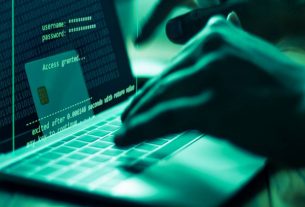 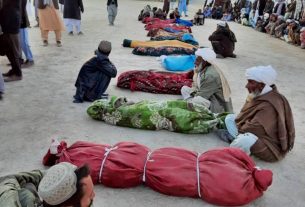 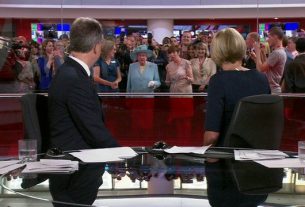