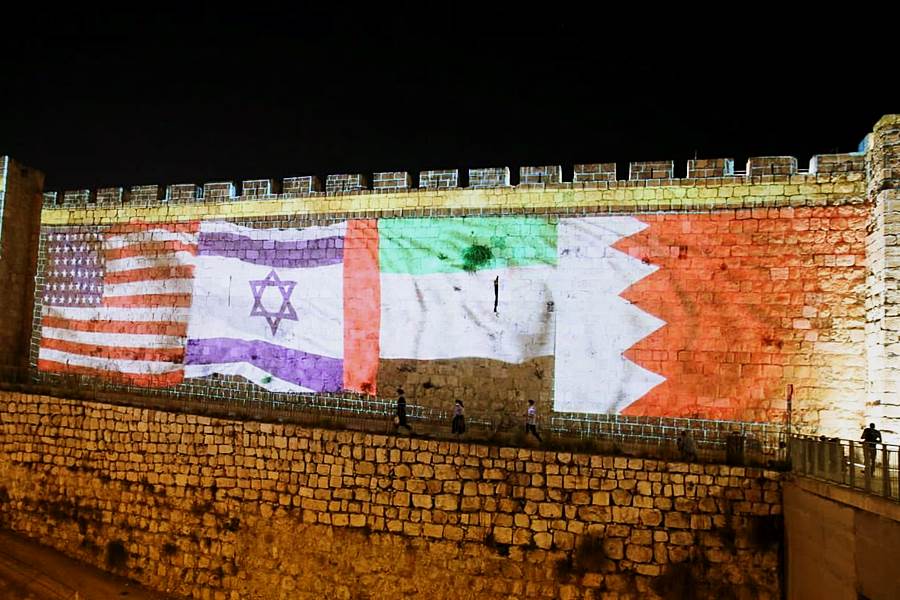 The ramparts of Jerusalem, built for battle, were commandeered for a messaging war between Israelis and Palestinians in the build-up to Israel’s normalisation deals with the UAE and Bahrain.

During the White House signing ceremony Israel projected flags of Israel, Bahrain, the United Arab Emirates, and the US onto the Old City walls as Israeli Prime Minister Benjamin Netanyahu stood alongside President Donald Trump in Washington hailing what he called “historic” peace agreements.

But the same walls, built in the 16th century by Turkish sultan Suleiman the Magnificent, were also used by Palestinians to proclaim their opposition to deals that they see as a betrayal by their fellow Arabs.

A week after the Israel-Emirates deal was announced, Palestinians draped a black banner of Palestinian President Mahmoud Abbas over the wall near Damascus Gate with the accompanying

It continued: “We call upon the government of Abu Dhabi in the United Arab Emirates to revert to the inclusive Arab and Islamic position and to withdraw from the shameful agreement.”

Jerusalem, claimed by both sides for their capital, lies at the heart of the Israeli-Palestinian conflict.

Israel views all of Jerusalem, including the walled Old City that it captured in the 1967 Middle East war, as its “eternal and indivisible” capital.

But Palestinians want East Jerusalem – including the Old City – to be the capital of a state they seek to establish in the occupied West Bank and Gaza Strip. 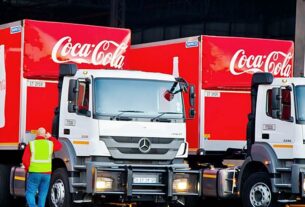 COCA-COLA TO CUT THOUSANDS OF JOBS 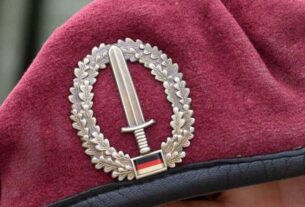 GERMANY STEPS UP EFFORTS TO WEED OUT FAR-RIGHT SOLDIERS 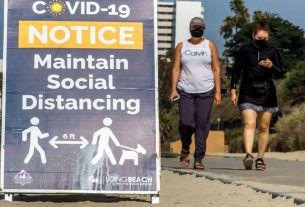