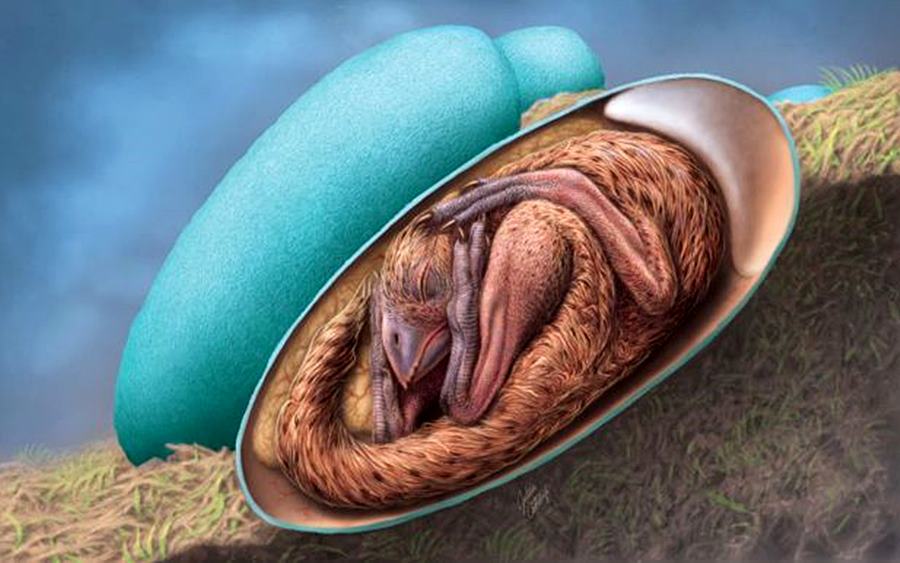 Scientists have discovered an exquisitely preserved dinosaur embryo that was preparing to hatch from its egg like a chicken at least 66 million years ago.

The embryo was discovered in Ganzhou in southern China and researchers estimate it is at least 66 million years old.

It is believed to be a toothless theropod dinosaur, or oviraptorosaur, and has been named Baby Yingliang.

Fion Waisum Ma, a University of Birmingham researcher who co-authored a paper in the journal iScience, told the AFP news agency on Tuesday, “It is one of the best dinosaur embryos ever found in history.” 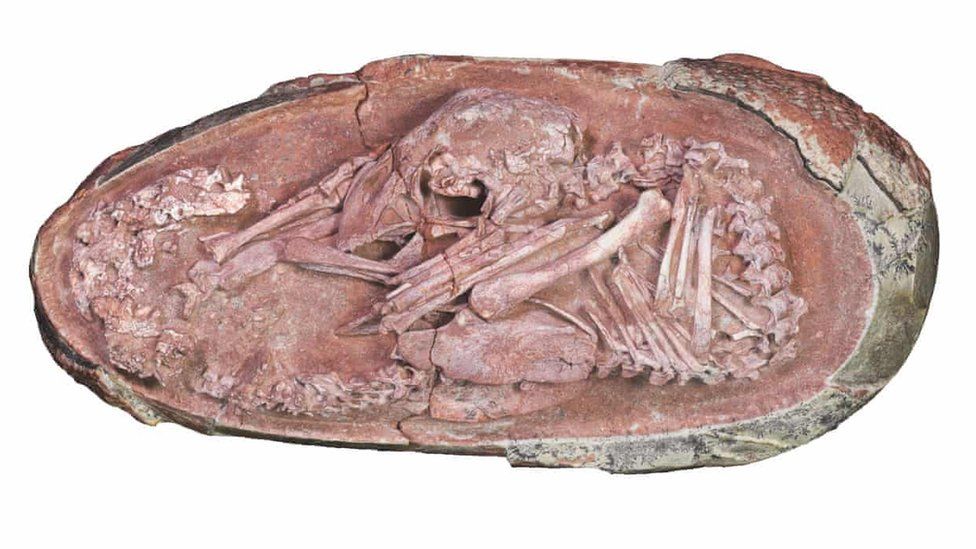 Baby Yingliang’s head was found below its body, with its feet on either side and back curled, a posture not previously seen in dinosaurs but similar to modern birds, according to Ma and colleagues.

The behavior is known as “tucking” in birds and is controlled by the central nervous system. Chicks who are about to hatch tuck their heads under their right wing to keep their heads stable while cracking the shell with their beak.

Embryos that do not tuck have a higher chance of dying after an unsuccessful hatching.

“This indicates that such behaviour in modern birds first evolved and originated among their dinosaur ancestors,” said Ma.

An alternative to tucking could have been something more akin to what modern crocodiles do, which sit with their heads bowed against their chest until they hatch. 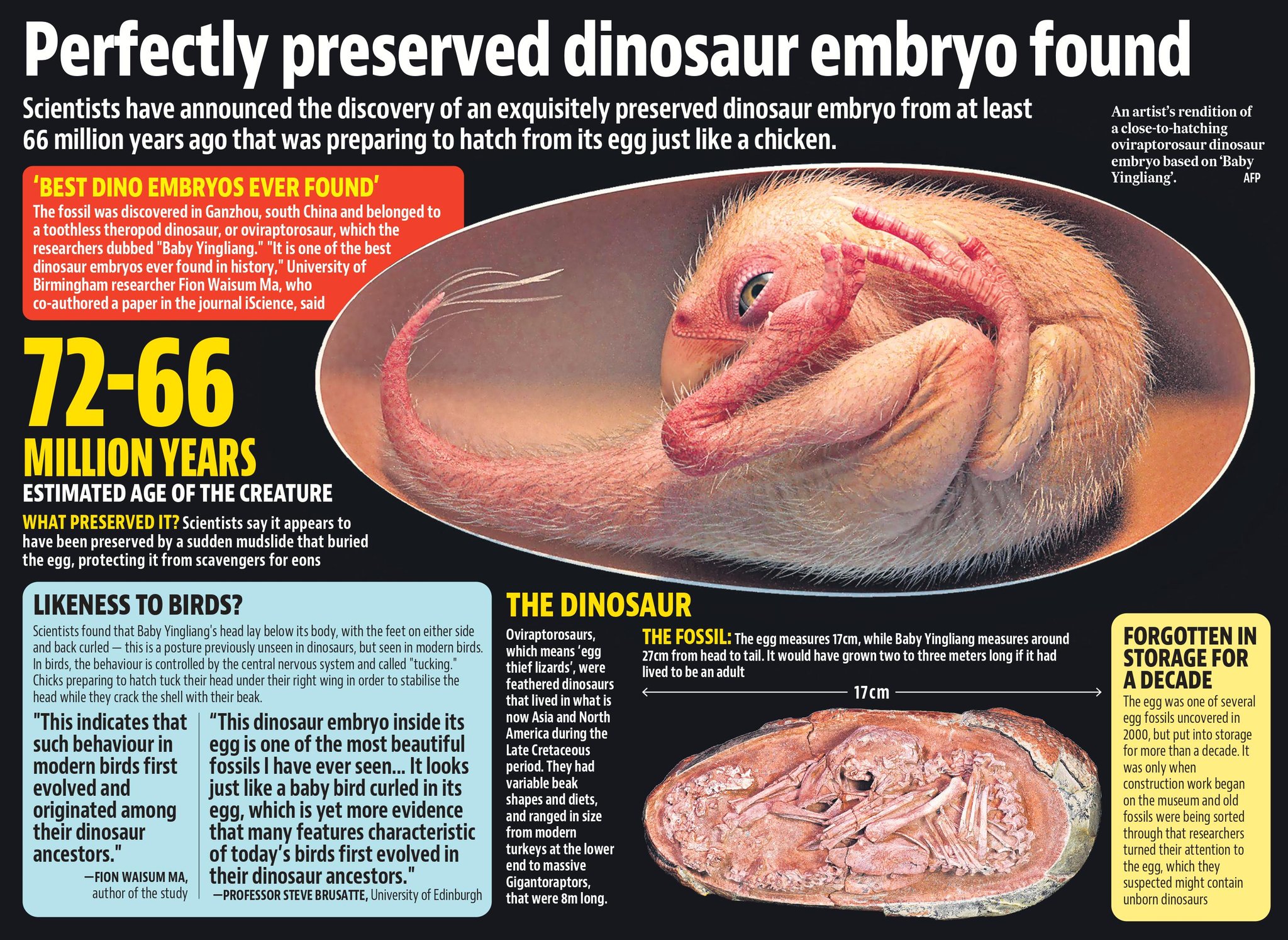 Oviraptorosaurs, which means “egg thief lizards,” were feathered dinosaurs that lived during the Late Cretaceous period in what is now Asia and North America.

They had a wide range of beak shapes and diets, and their size ranged from small modern turkeys to massive Gigantoraptors that were eight metres (26 feet) long.

At the Yingliang Stone Nature History Museum, Baby Yingliang is about 27cm (10.6 inches) long from head to tail and lies inside a 17cm (6.6 inch) long egg.

The creature is thought to be between 72 and 66 million years old, and was most likely preserved by a sudden mudslide that buried the egg and protected it for eons from scavengers.

If it had lived to adulthood, it would have grown to be two to three metres (6.5-9.8 feet) long and would have eaten plants. 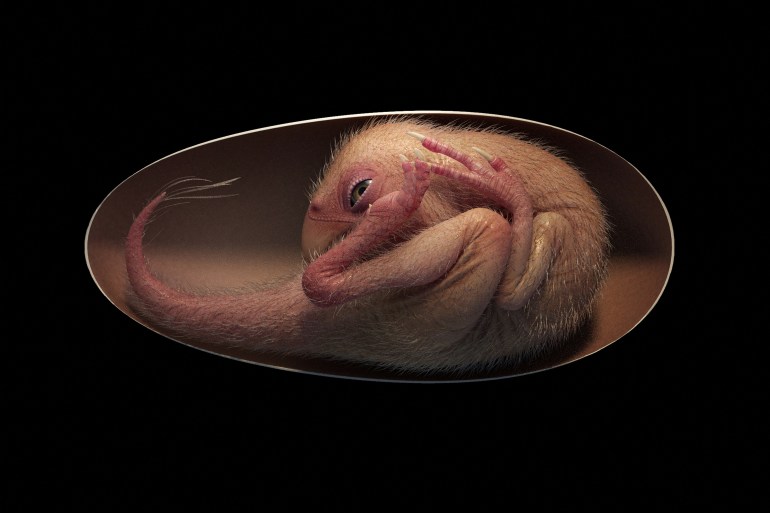 The egg fossil was one of several that had languished in storage for decades.

The researchers suspected they might contain unborn dinosaurs, so they scraped a piece of Baby Yingliang’s eggshell away to reveal the embryo inside.

Professor Steve Brusatte of the University of Edinburgh, who was part of the research team, said in a statement, “This dinosaur embryo inside its egg is one of the most beautiful fossils I have ever seen.”

“This tiny prenatal dinosaur resembles a baby bird curled up in its egg, providing yet more evidence that many of the characteristics that distinguish today’s birds originated in their dinosaur ancestors.” 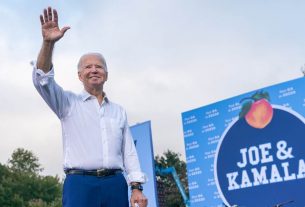 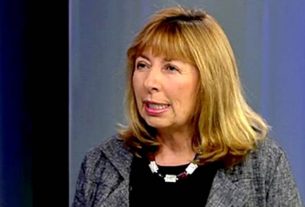 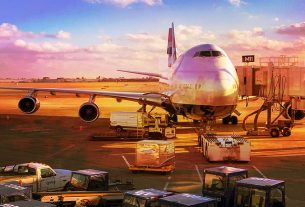