South African President Cyril Ramaphosa held telephone talks with US President Joe Biden, a day after the continental powerhouse abstained from voting on a resolution suspending Russia from a UN rights body over its aggression in Ukraine.

Ramaphosa has always maintained since the conflict began in February that both Russia and Ukraine have to find a peaceful solution.

The president said in his discussion with Biden they also talked about a wide range of issues including strengthening trade relations.

Ramaphosa tweeted that he had “a productive” telephone call with Biden.

“I had a productive call with US President @JoeBiden earlier this evening. As part of deepening relations we agreed to set up a team to strengthen trade, increase investment in infrastructure and work to tackle climate change. We discussed the need to support growth and development on the African continent. We shared views on the conflict in Ukraine and agreed on the need for a ceasefire and dialogue between Ukraine and Russia,” said Ramaphosa.

I had a productive call with US President @JoeBiden earlier this evening. As part of deepening relations, we agreed to set up a team to strengthen trade, increase investment in infrastructure and work to tackle climate change. pic.twitter.com/NTris3xHfr

Local media suggested it was Biden who initiated the phone call to Pretoria which South Africa has maintained a non-aligned stance on the conflict in Ukraine, touting negotiation as the best option to end the conflict despite international outrage and condemnation.

He said they also congratulated Biden for the confirmation of Judge Ketanji Jackson Brown as the first black woman in the Supreme Court in the US.

Pandor was briefing media on Friday on South Africa’s approach and position to the conflict in the Ukraine.

Pandor said South Africa is not indifferent to what is going on in the Ukraine, and remains deeply concerned about the continuing conflict, the loss of lives and deteriorating humanitarian situation.

She said South Africa, countries on the continent and several other members of the Global South who are affected by the conflict, have sought to assert their independent, non-aligned views on the matter.

“We have resisted becoming embroiled in the politics of confrontation and aggression that has been advocated by the powerful countries. Instead, we have promoted peaceful resolution of the conflict through dialogue and negotiation.”

She said one of their concerns is the “seeming lack of balanced evidence in the United Nations”.

“The international community must focus on finding a sustainable solution. It will not be found in isolating one party or bringing it to its knees,” Pandor said.

The Minister reiterated that President Cyril Ramaphosa conveyed to all key stakeholders that South Africa stands ready to support the peaceful resolution of the conflict in the Ukraine, with a view to bringing the violence to an end as speedily as possible.

“We are fully cognisant of the deliberate opposition to our call for peace and negotiations, and continue to hold the view that in the end, negotiations will end the conflict,” she said.

As a matter of urgency, Pandor called for a cessation of hostilities, which would be the first step in a comprehensive response to the humanitarian crisis.

“We continue to stress that dialogue, mediation and diplomacy is the only path to end the current conflict. As we stated in the General Assembly yesterday, wars end when dialogue begins and wars endure when there is no dialogue,” she said. 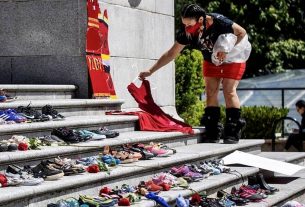