A new study now finds that the chemicals which are used in some plastic materials, soap, cosmetic and cleaning products have been linked to lower IQs in developing babies and children. The study has found that the effect is particularly on boys.

The long-term study based in Sweden saw experts looking at levels of a cocktail of 26 chemicals known to have the potential to disrupt the endocrine system or hormones in the bodies of women during the first trimester of pregnancy.

The research that was published in the journal Environment International further raised questions about cleaning products that contain polyfluoroalkyl, triclosan, which is found in antibacterial soaps and pthalates, which are found in soft PVC and cosmetics.

Blood and urine samples were taken from 718 mums involved in the study with the researchers finding that children whose mums had higher levels of endocrine disruptors in their systems during pregnancy had lower IQ scores at seven-years-old.

The study, conducted by researchers from Karlstad University, Sweden, and Icahn School of Medicine at Mount Sinai Health in New York, saw study authors saying that preventing exposure to these chemicals for pregnant women, or to those who are trying to conceive is extremely important to protecting children.

The chemicals that the researchers tested for included bisphenol A (BPA), which is found in plastic containers as well as in pesticides and phthalates. BPA has been linked to low sperm count and infertility in men. It is also linked to breast and prostate cancer.

The new study further found that bisphenol F (BPF) — with which manufactures have replaced BPA, appears to have the highest impact on lowering children’s IQ and thus is unsafe.

Speaking about the study author Eva Tanner said that the study is significant because unlike most studies that evaluate one chemical at a time, humans are exposed to multiple at one go.

Carl-Gustaf Bornehad, another study author, further added that the study showed that exposure to mixtures of chemicals in ordinary consumer products may affect brain development in children and some chemicals which were earlier thought to safe, are not actually so. 33% OF MOROCCANS LOST THEIR INCOME DUE TO CORONAVIRUS 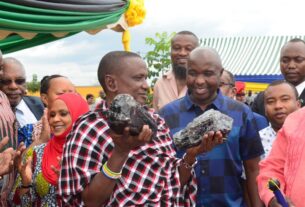