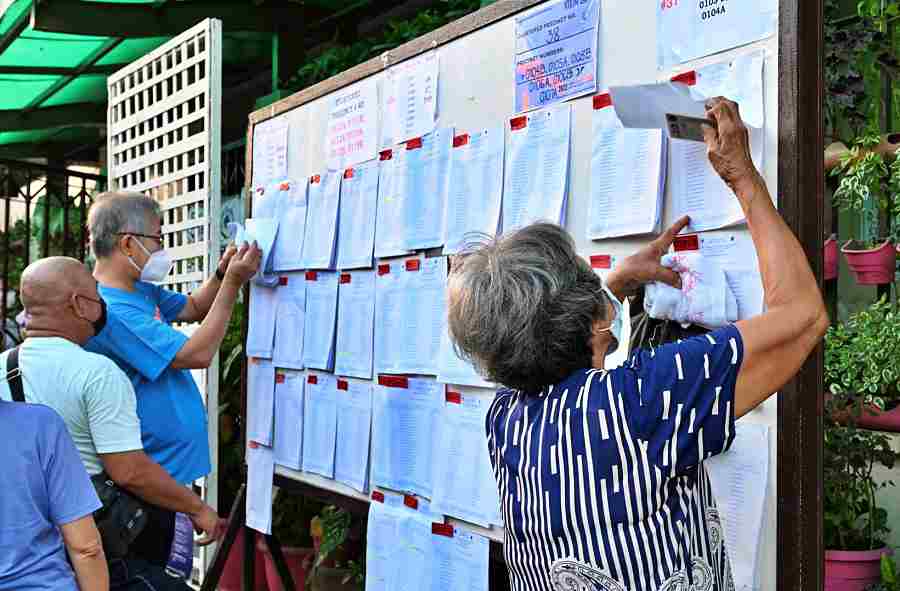 Naga City, Philippines – Millions of Filipinos have begun voting to choose a new president in an election pitting the son of the Philippines’ late strongman against a liberal human rights lawyer.

Polls opened across the Southeast Asian nation at 6am on Monday (22:00GMT on Sunday), with a record-breaking 67 million people registered to cast their ballots. 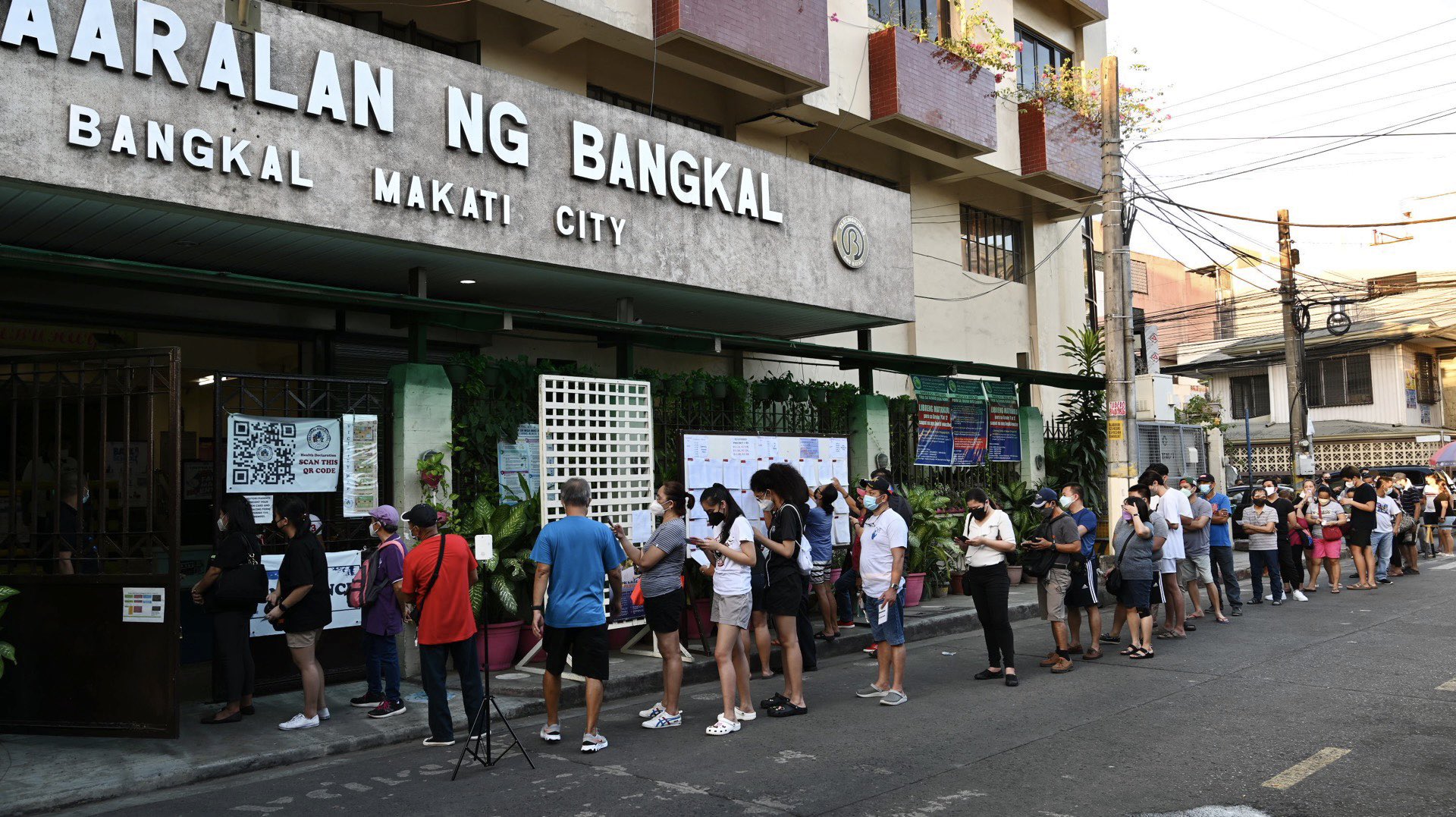 A long queue of voters here in Makati, Manila.

“It’s a historic election, a very memorable one, simply because we’d be electing, at least in a pandemic situation, a new president and that’s why we’re expecting a high turnout of voters,” he said before the polls opened.

Voting will end at 7pm (11:00 GMT), with polling hours extended because of the coronavirus pandemic and the need to avoid queues and crowds. The counting of ballots will begin right away.

The winner could be known within a few hours as the candidate with the most votes wins the election.

There will be no second round.

Analysts have described Monday’s vote as the most significant election in recent Philippine history as the outcome could result in either democratic backsliding or in liberal reforms.

The contest has become a two-way race between Ferdinand “Bongbong” Marcos Jr and the current Vice President Leni Robredo. The pair had previously faced off in the vice presidential race in 2016, with Marcos losing to Robredo at the time.

But opinion surveys show Marcos Jr leading this time. He is the son and namesake of his father who ruled the Philippines as a dictator until he was forced from office and into exile in a popular uprising in 1986.

On the campaign trail, Marcos Jr referred to “unity” but provided little detail on his policies. He has hailed his late father’s “genius” leadership, and avoided media interviews and debates. 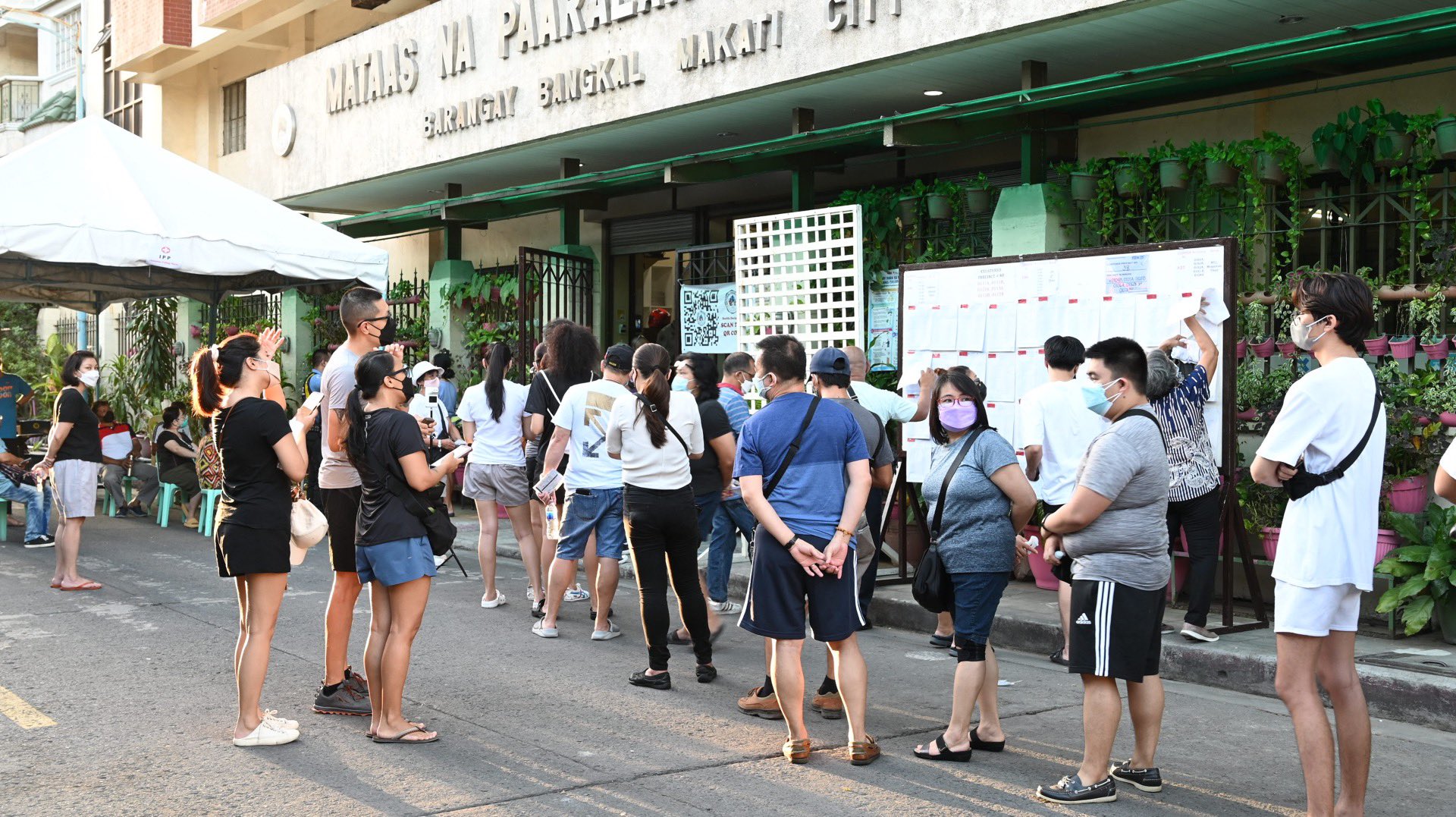 Robredo, a lawyer who heads the opposition, has promised to form a more transparent government and reinvigorate the country’s democracy.

She threw her hat into the ring at a relatively late stage and has relied on a network of pink-clad volunteers to win over voters across the archipelago.

“This election is really a ‘good versus evil’ campaign,” University of the Philippines Diliman political scientist Aries Arugay told Al Jazeera. “It’s quite clear. [Marcos] represents dynasty, autocracy and impunity. Robredo stands for the opposite of that: integrity, accountability and democracy.”

Marcos Jr’s running mate in the election is the outgoing president’s daughter, Sara Duterte-Carpio. She is leading the race for the vice presidency, an election that is held separately. 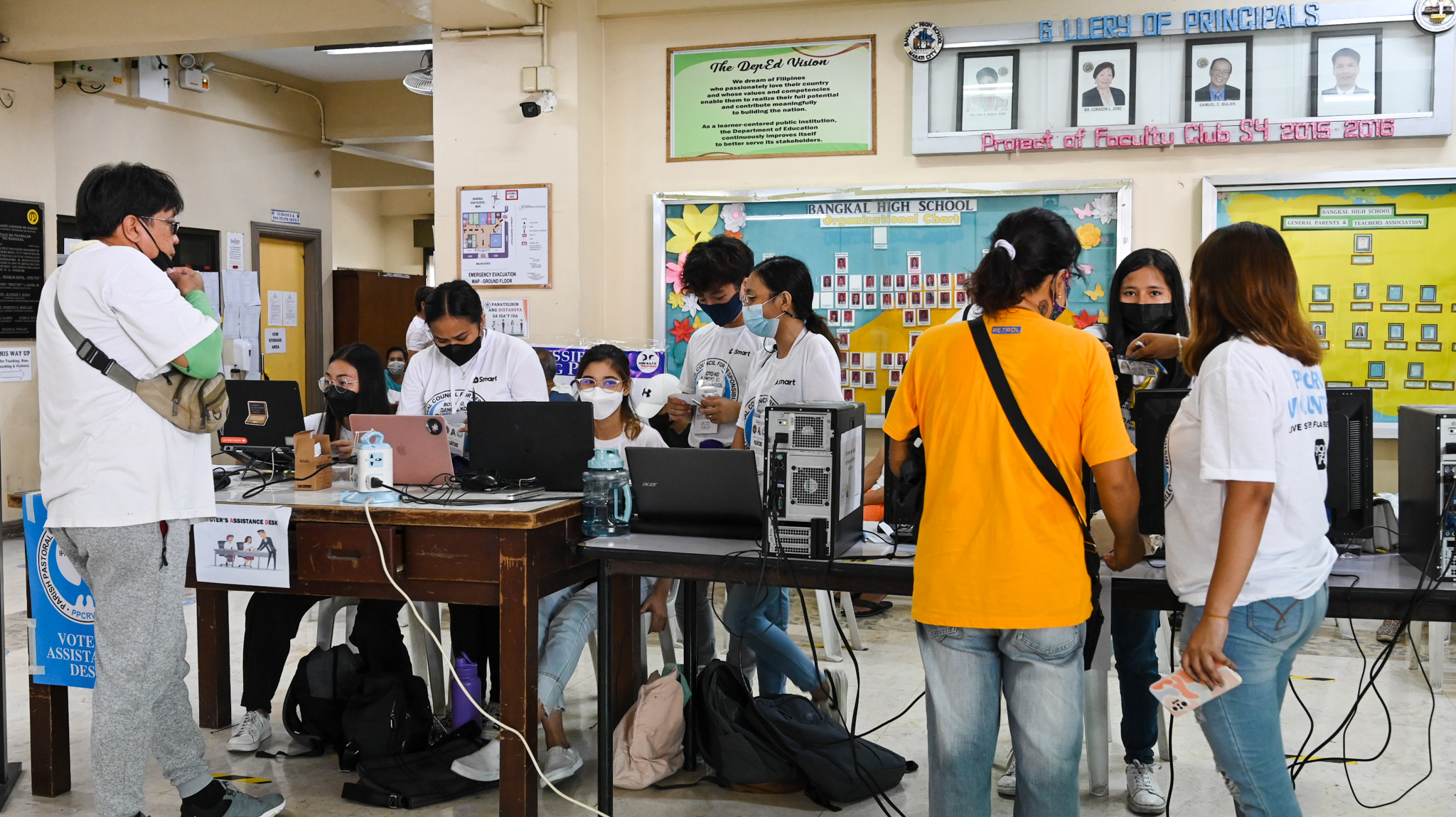 Filipinos are also choosing members of the congress, governors and thousands of local politicians, including mayors and councillors.

By midday Monday, social media was flooded with posts by Filipinos showing a finger covered in ink – a sign they had voted – often accompanied by messages like “God Bless the Philippines.”

Many shared photos of long, hot queues at polling stations and the challenges they went through to vote, like waking up before dawn to stand in line or even flying home for the occasion.

First time voting!
Waking up at 3am and lining up at 4:30am was all worth it!
God Bless Philippines!
❤️💚❤️💚 pic.twitter.com/gvCmIpp061

Overseas Filipinos like Dada Docot, an anthropologist at Tokyo College in Japan, were also keen to participate in the vote after watching events unfold at home.

She told Al Jazeera she posted her ballot on May 2, and she hopes today’s election will overturn a three-decade political dynasty occupying the mayor’s seat in her hometown.

She is also deeply concerned about the future of the presidency.

“I’m feeling really anxious. I’m hoping for the opposition on both the local and national government level to win,” Docot said.

“I couldn’t vote in the last elections because of uncertainty in my overseas location for work, but I try to vote when I can. I feel more invested this time. We are scared of Marcos Jr coming back to power, especially paired with Sara Duterte,” she also said.

Elsewhere, overseas Filipinos cast their votes in person on Monday.

In Taiwan, Gino Lopez, a university student and volunteer poll watcher at the Philippines representative office, said approximately 75,000 Filipinos – many of them foreign workers – were registered to vote. The vast majority were expected to choose Marcos Jr, he said.

“I hope foreign media don’t get the impression that all Filipinos support Marcos, despite what the polls show,” Lopez said.

As a Robredo supporter, he attributed the popularity of Marcos among foreign workers to a combination of fake news, extensive image rehabilitation, and the family’s support for overseas workers’ assistance programs.

He also said the office had to disqualify a number of ballots on Monday that were either unsigned or appeared to have identical signatures.

As a study in contrasts, Marcos voted early Monday in his father’s hometown of Buntac, while Robredo skipped the tradition of VIP treatment for candidates. Instead, the incumbent vice president queued for nearly two hours to vote in Magarao, a poor municipality outside Naga City in Southern Luzon, where her family owns property.

One voter at Robredo’s polling station told Al Jazeera they were voting for her because they are concerned about the future of human rights and democracy.

But for others, economic livelihood is their key priority. The area is frequently in the path of natural disasters like typhoons and earthquakes, and residents are constantly rebuilding buildings and infrastructure.

Earlier on Monday in Naga City, polls opened with a prayer.

“Vote counting machine, please be good to us,” an election official said as she prayed before starting the machine that will be used to record and transmit the ballots.

Then, a bell rang to signal the opening of polls and the voters started coming in.

Outside the polling station, Maria Fe Cortes, 51, patiently waited in line for her turn.

“I’m voting for change. I hope the next president will help the poor,” Cortes told Al Jazeera. 23 MILLION AFGHANS ON THE BRINK OF STARVATION: WFP