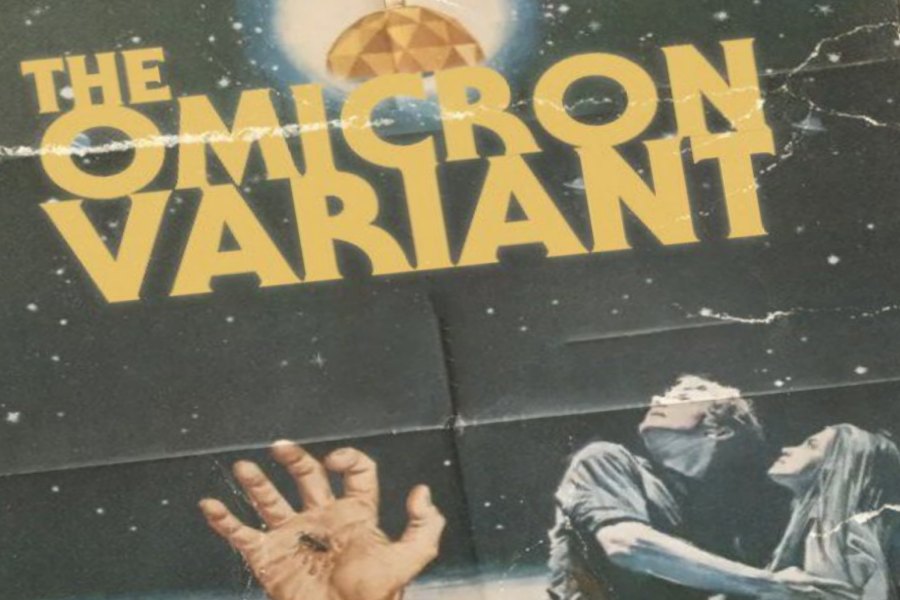 As more countries report cases of the Omicron variant, misinformation about the virus spreads at an alarming rate. Untruths, unverified messages, and conspiracy theories about the virus’s “planned” have resurfaced.

A movie poster titled ‘The Omicron Variant: The Day The Earth Was Turned Into A Cemetery (sic)’ has gone viral with users pointing out that the movie released in 1963.

However, we found out that the text ‘The Omicron Variant’ has been digitally altered on the poster of another sci-fi movie called ‘Phase IV’ which released in 1974. Though a movie called ‘Omicron’ released in 1963, it wasn’t about a virus or the variant of a virus.

The poster with a sci-fi and horror theme has a photo of two people in the foreground staring into a starry sky. Behind them is an ant protruding from a bloodied hand.

The tagline says, “The Day The Earth Was Turned Into A Cemetery!” Take a look:

The poster sparked conspiracy theories on social media, with netizens saying the pandemic was planned long ago.

The poster was created by Irish director Becky Cheatle. She edited the poster of a 1974 Spanish film named Sucesos en la cuarta fase (Phase IV) to create the fake The Omicron Variant poster.

Cheatle took to Twitter to say that the poster was a hoax, one she made for fun because the COVID-19 variant sounded like a good name for a classic science-fiction movie.

Hi. It’s been brought to my attention that one of my posters is circulating on Spanish language Twitter as “proof” of a COVID hoax. It’s just a goof because I thought Omicron Variant sounded like a 70s sci-fi movie. Please do not get sick on account of my dumb joke. Thanks https://t.co/iecwEEOVBq

“Hi. It’s been brought to my attention that one of my posters is circulating on Spanish language Twitter as “proof” of a COVID hoax. It’s just a goof because I thought Omicron Variant sounded like a 70s sci-fi movie. Please do not get sick on account of my dumb joke. Thanks,” she tweeted.

I Photoshopped the phrase “The Omicron Variant” into a bunch of 70s sci-fi movie posters #Omicron pic.twitter.com/1BuSL4mYwl

Here, the title of the film is written in Spanish as “SUCESOS EN LA IV FASE”, and not “The Omicron Variant”. As per the description, it shows the poster of a movie called “Phase IV”. The tagline on the Spanish poster does translate to “The Day The Earth Was Turned Into A Cemetery!”

Using reverse search, we found the original version of the viral poster on a Spanish website where it is sold for 1,200 Euros.

The plot of the movie as described on IMDb is, “Desert ants suddenly form a collective intelligence and begin to wage war on the inhabitants. It is up to two scientists and a stray girl they rescue from the ants to destroy them.”

While there is no film called The Omicron Variant, there is a 1963 sci-fi movie called Omicron. But it is not about the pandemic.

An Italian movie named Omicron was released back in 1963 and was written and produced by Ufo Gregoretti. The plot of the movie though does not feature anything about the COVID variant, it is in fact about an alien who takes over someone’s body so that it can learn about Earth, hoping to eventually invade the planet.

This is the poster of an Italian movie released in 1963 named #Omicron pic.twitter.com/Njw23se4Hb

There is also another movie titled A Visitor From Planet Omicron that was released back in 2013. The movie follows the story of an alien who comes to earth with a botanical virus, but a gutsy Arizona widow wins him over with her garden-fresh cooking and then tries to topple the corrupt government that put him up to it.

There’s also a 2013 movie called “The Visitor from Planet Omicron,” which centers around an alien who comes to Earth. But an Arizona widow wins the alien over with her cooking abilities https://t.co/JgjOiu3EFe pic.twitter.com/StqTYonI3k

The Omicron variant of the COVID was designated as a ‘variant of concern’ by the World Health Organisation on Friday, November 26. Since then, countries across the world have started reinstating restrictions to stop the spread of the new strain of coronavirus.

How variants are named

The WHO has identified five VOCs and eight variants of interest (VOI). Since May 2021, they have been named after the letters of the Greek alphabet starting with Alpha.

According to this, the next assigned letters were supposed to be Nu then Xi but according to the WHO, “Nu is too easily confounded with ‘new’ and Xi was not used because it is a common surname.”

Instead, the 15th letter, Omicron, was used. 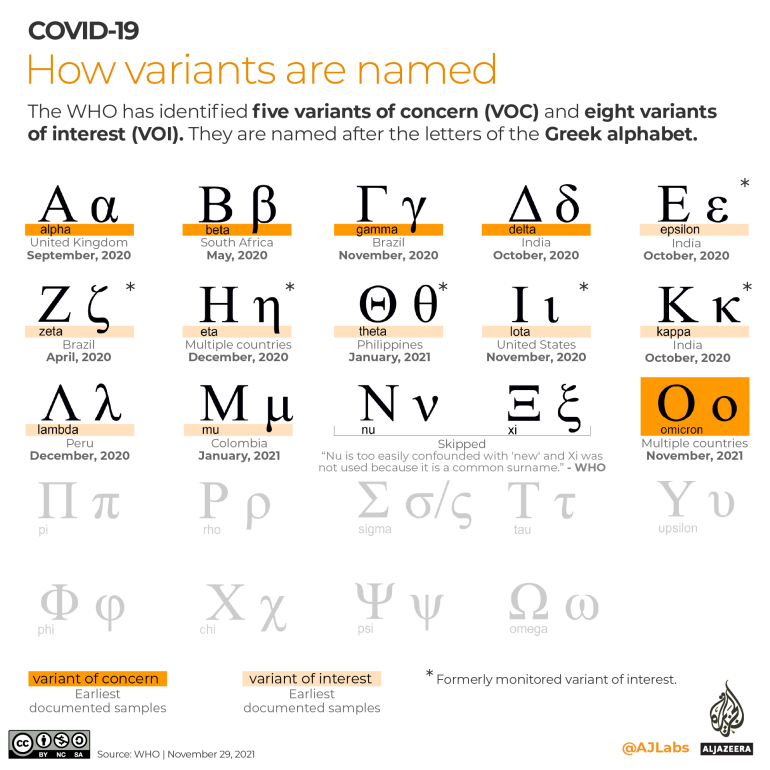 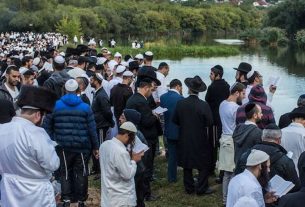 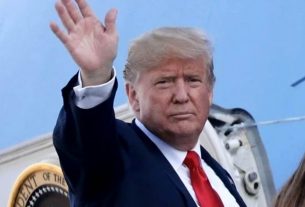 ‘WE WILL BE BACK IN SOME FORM’: DONALD TRUMP LEAVES WHITE HOUSE 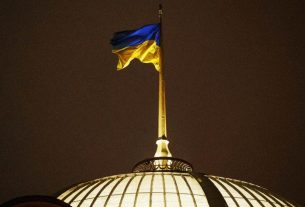