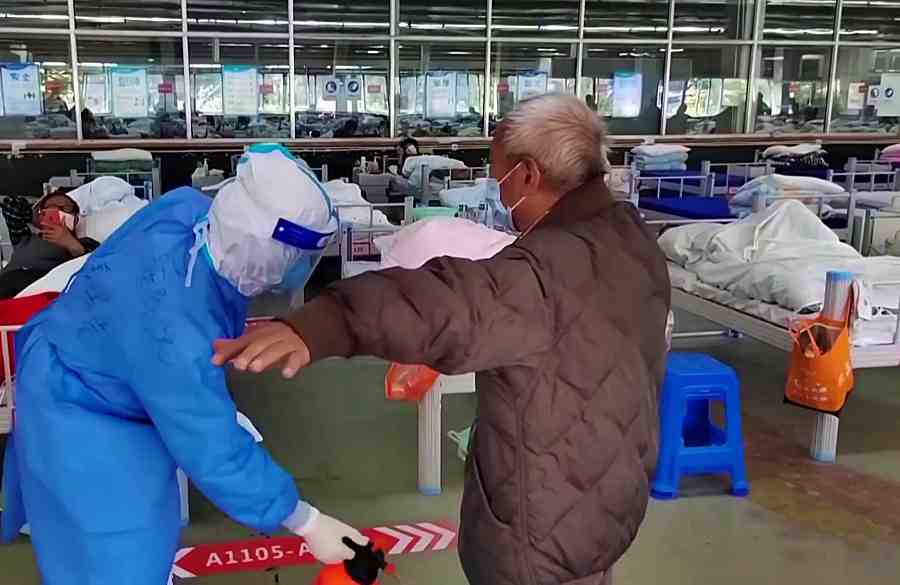 After more than 40 days of strict coronavirus lockdown, residents of a city in China’s far western Xinjiang region claim they have run out of food.

Residents of Ghulja posted pictures of empty refrigerators and hungry kids on Chinese social media, as well as on TikTok and Twitter. Some people were in tears as they recalled what happened during the lockdown, which started in early August.

China is still committed to its “zero COVID” policy, which confines entire communities to their homes for extended periods of time with food supplies delivered and necessitates regular testing.

The lockdown in Ghulja has also prompted accusations that the mostly Muslim Uighurs, the Turkic ethnic group native to Xinjiang, are being targeted.

China has been accused of running a network of detention centres and prisons in the region and holding some one million Uighurs and other largely Muslim minorities in a system that the United Nations has said may constitute “crimes against humanity“. Beijing has argued the camps are vocational skills training centres necessary to address “extremism”.

An earlier lockdown in Xinjiang was particularly tough, with forced medication, arrests and residents being hosed down with disinfectant.

Yasinuf, a Uighur studying at a university in Europe, said his mother-in-law sent fearful voice messages last weekend saying she was being forced into centralised quarantine because of a mild cough. The officers coming for her reminded her of the time her husband was taken to a camp for more than two years, she said.

“It’s judgement day,” she sighed in an audio recording reviewed by The Associated Press. “We don’t know what’s going to happen this time. All we can do now is to trust our creator.”

Yasinuf said his parents told him they were running low on food, despite having stocked up before the lockdown. With no deliveries, and barred from using their back yard ovens for fear of spreading the virus, his parents have been surviving on uncooked dough made of flour, water and salt. Yasinuf declined to give his surname for fear of reprisals against his relatives.

He said he had not been able to study or sleep in recent days, for thinking of his relatives back in Ghulja.

“Their voices are always in my head, saying things like I’m hungry, please help us,” he said. “This is the 21st century, this is unthinkable.”

Nyrola Elima, a Uighur from Ghulja, said her father was rationing their dwindling supply of tomatoes, sharing one each day with her 93-year-old grandmother. She said her aunt was panicking because she lacked milk to feed her 2-year-old grandson.

Last week, the local governor apologised at a news conference for “shortcomings and deficiencies” in the government’s response to the coronavirus, including “blind spots and missed spots,” and promised improvements.

But even as authorities acknowledged the complaints, censors worked to silence them. Posts were wiped from Chinese social media. Some videos were deleted and reposted dozens of times as netizens battled censors online.

Multiple people in the region told AP the online posts reflected the dire nature of the lockdown, but declined to detail their own situations, saying they feared the repercussions.

On Sunday, police said they detained four internet users, accusing them of spreading rumours about an outbreak of COVID-19.

The four were ordered to serve between five and 10 days of administrative detention in Yining, the Chinese name for Ghulja, according to a report in Hong Kong’s South China Morning Post. It said the police did not disclose the ethnicity of those arrested, but that they all had names that suggested they were Han Chinese.

More than 600 people were detained on Monday in a Ghulja village after they defied the lockdown to protest against the lack of food, according to Radio Free Asia (RFA). Some people had died, the protesters said.

“We came out because of the deaths, otherwise we would have remained silent,” a protester said in a video posted on social media, according to RFA.

The AP said leaked directives from government offices showed workers being ordered to avoid negative information and spread “positive energy”. One directed state media to film “smiling seniors” and “children having fun” in neighbourhoods emerging from the lockdown.

“Those who maliciously hype, spread rumours, and make unreasonable accusations should be dealt with in accordance with the law,” another notice warned.

The AP was unable to independently verify the notices. China’s Foreign Ministry did not immediately respond to a request for comment.

Conditions have begun to improve for some. One resident, reached by phone, said food deliveries resumed after stopping for a couple of weeks. Residents in her compound are now allowed to take walks in their courtyard for a few hours a day.

“The situation is gradually improving, it’s got a lot better,” she said.

Authorities have ordered mass testing and district lockdowns in cities across China this year, with millions in Shanghai, the country’s biggest city, enduring weeks in a lockdown that began in April and led to anger and complaints.

More recently, the tropical resort island of Sanya, the southwestern city of Chengdu, and the northern port city of Dalian have been affected, with China trying to control the spread of the virus ahead of next month’s key party congress. 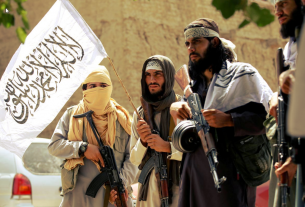 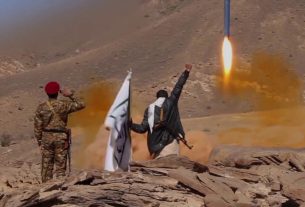