As Idlib braces for virus outbreak, only one machine to test samples available in area with over three million people.

The last opposition-held stronghold in Syria is bracing for its fight against the coronavirus pandemic with just one machine equipped to run a test to detect the rapidly spreading pathogen.

Mohamad Shahim Makki, a doctor in Idlib province, a war-battered region in northwest Syria that is home to more than three million people, confirmed to Al Jazeera that the machine is the only available device outside government-held areas that is equipped to run a polymerase chain reaction (PCR) test.

As of a few days ago, just 120 tests had been carried out at Makki’s Epidemiological Surveillance Laboratory on just 300 samples.

While all have been negative so far, doctors and relief agencies fear that crowded camps for displaced people, and medical facilities ravaged by years of conflict, would make any contagion rapid and lethal.

Samples have begun to come into the lab faster, with 5,000 received in the last two days, though it is not yet clear how many of them can be processed or how quickly.

The machine “is not sufficient to serve all these people, so there is pressure on the device. And since it is the only one, strict criteria are being used to select samples,” Makki told Reuters news agency.

Northwest Syria is the last part of the country still held by fighters trying to overthrow President Bashar al-Assad.

Health professionals and United Nations officials have warned that an outbreak in Syria’s northwest would be devastating.

“It would be a catastrophe. It would spread in the whole region because of the lack of capacity to contain an epidemic, the overcrowdedness of camps, the inability of the hospitals to treat a large number of infected people and the lack of aid to support them,” a doctor told Al Jazeera last month.

Plans to equip other centres with PCR test devices have been slowed by their high cost and the training needed to run them.

“In the liberated areas we have major weaknesses in the health sector because of the war and because of the systematic targeting of hospitals and health centres,” Makki said.

A group of first responders has been raising awareness about COVID-19, the highly infectious respiratory disease caused by the virus, in Idlib city and in the province’s overcrowded camps near the border with Turkey.

The White Helmets or Syrian Civil Defence is a volunteer search-and-rescue group that operates in rebel-held parts of Syria. Last month, it launched an awareness and sterilisation campaign amid mounting fears over a major outbreak after the government confirmed the country’s first cases in Damascus.

The government, backed by Russia and Iran, launched a push earlier this year to capture Idlib that displaced nearly one million people, many of whom amassed in the already packed camps.

In recent days, thousands of Syrians have begun to leave camps near the Turkish border, some wary of the virus reaching tightly packed quarters, choosing instead to return to Idlib after a ceasefire struck last month that has restored calm.

In the rest of Syria, Damascus has reported 25 coronavirus cases and two deaths in government-held areas. It has shut businesses, halted flights, and imposed a curfew to curb the spread of the virus. 52% OF YOUNG AMERICANS THINK DEMOCRACY IS ‘IN TROUBLE’ OR ‘FAILING’: HARVARD POLL 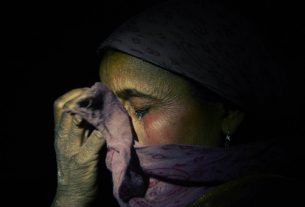 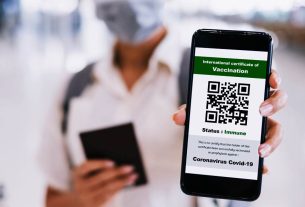