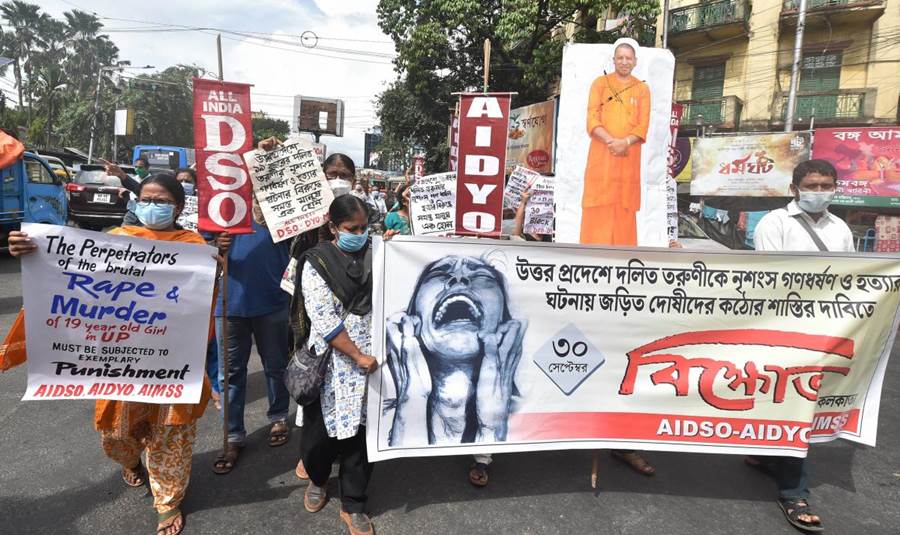 Women activists and rights groups have demanded action in a case of a Dalit girl (lower Hindu caste) who died after she was gang-raped in India’s northern Uttar Pradesh state.

The victim, who died of her injuries last week, was allegedly tortured and gang-raped on Sept. 14 by four men from an upper caste in her village in Hathras.

“There is no justice to the victim and truth is being manipulated to suit the ruling party’s agenda, a shameful slide in a democracy,” Saira Salim Shah, a women rights activist, told Anadolu Agency. “We demand complete justice to the family and strict action to the culprits.”

Shah characterized the rape as “a chilling account of how casteism still plays a dominant role in India,” and accused the ruling Bharatiya Janta Party (BJP) of attempting to “subvert and deflect the attention away from the Hathras incident by intimidating journalists, tapping their phones and confiscating phones of the family members of the victim.”

Local administration and police covertly cremated the victim in the cover of night, according to the family, triggering protests and condemnations by residents and activists.

South Asia Director of Human Rights Watch Meenakshi Ganguly told Anadolu Agency that authorities have failed to carry out their duties in the case.

“The authorities failed to do their job and then tried to cover up their failures, causing further distress to the family instead of actually helping them. Instead of their usual empty rhetoric, the political leadership needs to step up and do the hard work, ensure justice for the family, and in the long term, bolster independent institutions, heed critics to actually work towards unbiased and effective rule of law,” she said, adding that it shows that legislation alone is useless unless policies are properly implemented.

Journalists were allowed to enter the village Saturday after the local government received criticism for locking the victim’s family inside their house and not allowing them to talk to the media.

Police earlier detained key opposition leaders, including Rahul Gandhi from the Indian National Congress Party, who was traveling to Hathras district to meet the family.

Gandhi, and his sister, Priyanka, who is also a Congress party leader, met Saturday with the family as top government officials also made the trip to Hathras for similar reasons.

Shah said detaining Gandhi was disgraceful. “Leaders who are trying to show solidarity to the victim’s family, Rahul Gandhi, [MP] Derek O’ Brien, were mishandled en route to Hathras,” she said. “These incidents are a shameful blot for the biggest democracy in the world.”

“In Uttar Pradesh, the fig leaf of pretend-governance is also non-existent. The political hierarchy, the police and the bureaucracy seem to follow a single agenda in which caste and communalism combine to preserve the ruler,” he said.

In the capital New Delhi, a demonstration was organized Friday, but a police statement said the gathering was in violation of orders and a case has been registered against protesters.

The rape is being compared to a 2012 case which drew worldwide criticism in which a 23-year-old girl was brutally raped aboard a moving bus.

Local media reported an average of 87 rape cases daily in 2019.

‘Strict action to be taken’

Indian Prime Minister Narendra Modi has asked state Chief Minister Yogi Adityanath to take firm action against the culprits in the rape case. A special investigation team (SIT) is looking into the case.

Adityanath recommend Saturday that the Central Bureau of Investigation (CBI) probe the case.

Awanish Kumar Awasthi, a top state official who also visited the victim’s family on Saturday, told media they assured the family that “strict action will be taken” against the perpetrators.

Awasthi said police officers, including superintendent, were suspended on Friday.

“First report of SIT was received on Friday. After receiving the first report, the chief minister issued orders of suspension for the superintendent of police and other police officers. SIT investigation is going on and whatever points the family members have raised, everything will be investigated by the SIT.” 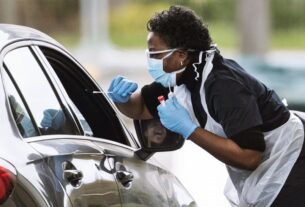 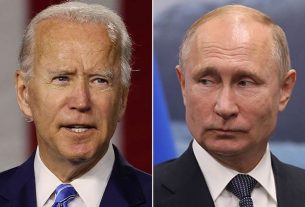 US CONSIDERING SENDING WARSHIPS TO BLACK SEA AMID TENSIONS OVER UKRAINE 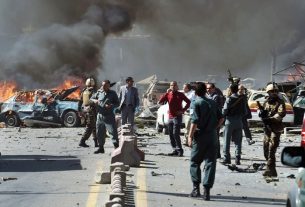