Iranian authorities had made around 2,000 tickets available to women to attend the country’s soccer World Cup qualifying match against Lebanon.

But when the ticketed female supporters arrived outside the Imam Reza stadium in the northeastern city of Mashhad on March 29, police blocked them from entering. When they protested, the women were pepper sprayed.

The exclusion of women from the stadium and the use of force against the female supporters has triggered an uproar in Iran, where soccer is hugely popular.

Iranian media published videos and images that showed scores of women and girls, some draped in the Iranian flag, standing outside the Imam Reza stadium as the match was played with only male spectators. Iran won the game 2-0.

“Yesterday, we managed to purchase tickets online,” an unnamed woman said in a video posted online. “All of the women here have tickets. We took a day off, we spent a lot of money, and now they won’t let us in.”

Other women said there was confusion among stadium staff about whether they should allow female spectators in.

After being locked out of the stadium, dozens of Iranian women staged a protest. In a video posted by the Khabaronline.ir news site, women can be heard chanting, “We object, we object.”

Another video showed women coughing and choking. “They sprayed pepper on all of us,” an unnamed woman says in the video, without elaborating. It was unclear who used the pepper spray against the protesters.

The flood of footage and images led to widespread outrage in Iran, where some compared the country’s clerical regime to the Taliban, the militant Islamist group that seized power in neighboring Afghanistan last year. Since its takeover, the Taliban has imposed wide-ranging restrictions on girls and women, including a ban on girls attending high school.

Mar. 29 – Mashhad, NE #Iran
A large number of women protested today because they were banned (despite buying tickets) from entering the stadium where Iran&Lebanon were to compete in a soccer match.
According to the mullahs, it’s unsuitable for women to watch sports matches. pic.twitter.com/MAF7XC5t9C

“Instead of blaming the Taliban regarding their treatment of women, we imitate them,” former conservative lawmaker Ali Motahari said on Twitter. He said those behind the decision should be punished.

Other Iranians called on FIFA, world soccer’s governing body, to punish the country. Prominent photojournalist Arash Ashourinia said on Twitter that it was only “fair” that Iran would be banned from competing in this year’s World Cup in the Persian Gulf state of Qatar.

Women have been barred from attending soccer matches since the Islamic Revolution in 1979. Iran’s clerical establishment has long opposed the idea of women being allowed in stadiums with male fans.

But under pressure from FIFA, Iranian authorities have allowed some women to attend games in recent years.

In September 2019, FIFA ordered Iran to allow women access to stadiums without restriction and in numbers to be determined according to demand for tickets.

The FIFA directive, which threatened to ban Iran from international competitions, came after the death of Sahar Khodayari, a soccer fan. Khodayari died after setting herself on fire over fears that she would be jailed for trying to attend a soccer match in disguise.

In October 2019, Iranian authorities allowed about 4,000 women into Tehran’s Azadi Stadium for a World Cup qualifying match against Cambodia, for the first time in decades.

Women were to be allowed in the stadium again in early October for a World Cup qualifier against South Korea, but a late decision was made to hold the event behind closed doors amid the coronavirus pandemic.

The Iranian Football Federation (FFI) fears the incident in Mashhad could lead to the country being banned from the World Cup, which will start on November 21.

Should Iran be banned “then those involved in the bitter incident in Mashhad are responsible,” he added.

Amir Abedini, the former head of the FFI, told RFE/RL’s Radio Farda that FIFA will “definitely” penalize Iran. “I don’t understand why our women are treated this way,” he said in a telephone interview from Hungary. “On the one hand, [the establishment] says it values women. On the other hand, it deprives them of their social standing.”

The FFI claimed on March 30 that that only nine women had purchased tickets for the match.

In a written statement to RFE/RL, FIFA said it “heard with concerns reports that women were not allowed at the match in Mashhad” and was asking the FFI for “more information on this matter.”

FIFA said that “historic progress has been achieved” and it “expects this to continue, as there can be no turning back.”

‘Apology Is Not Enough’

In the face of the controversy, Iran’s ultraconservative President Ebrahim Raisi on March 30 ordered the Interior Ministry to investigate the incident.

Interior Minister Ahmad Vahidi later said that those behind the “violations” in Mashhad will be “seriously” dealt with.

It was unclear who decided to ban the female spectators.

Ayatollah Ahmad Alamolhoda, an influential and hard-line cleric in Mashhad and Raisi’s father-in-law, was critical of the 2019 decision to allow female spectators into stadiums. “The place of women in the stadiums should be such that their excitement cannot be [seen], unfortunately it was not the case,” said Alamolhoda, who has previously banned musical concerts in the conservative city.

Chief prosecutor Mohammad Jafar Montazeri blamed carelessness for the decision. “The authorities should have used their brain. An apology is not enough, they should also return the [money],” Montazeri was quoted as saying by Iranian media.

Montazeri did not comment on the use of force against the female soccer fans, which sparked criticism from some lawmakers. “Women had bought tickets to watch soccer only to be pepper-sprayed. These measures have no result other than causing damage inside and outside the country,” lawmaker Mojtaba Tavangar said on Twitter.

In an interview after the match with Lebanon, Iranian team captain Alireza Jahanbakhsh said he would like to see women in stadiums in the future “so that we can make them happy.” 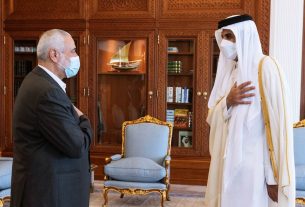 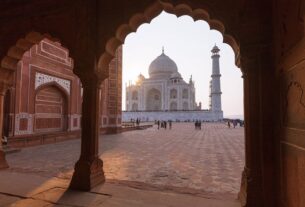