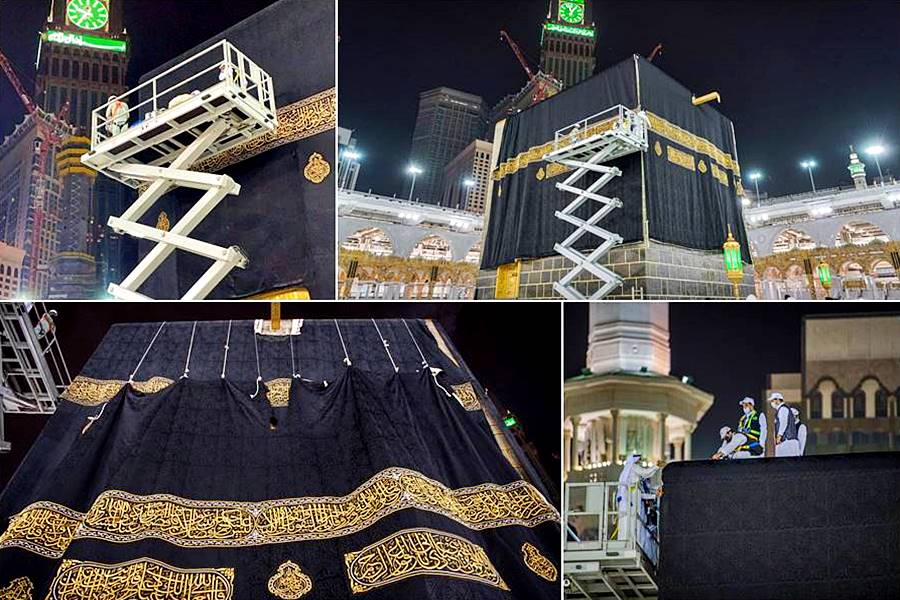 Saudi officials have replaced the Kiswa (the cloth cover) of the Kaabato commemorate the Day of Arafat and the start of Eid al-Adha, according to Saudi Press Agency (SPA) on Monday.

In accordance with the annual tradition, the cloth of the Holy Kaaba, was replaced by the staff of the General Presidency for the Affairs of the Grand Mosque and the Prophet Mosque on Sunday. 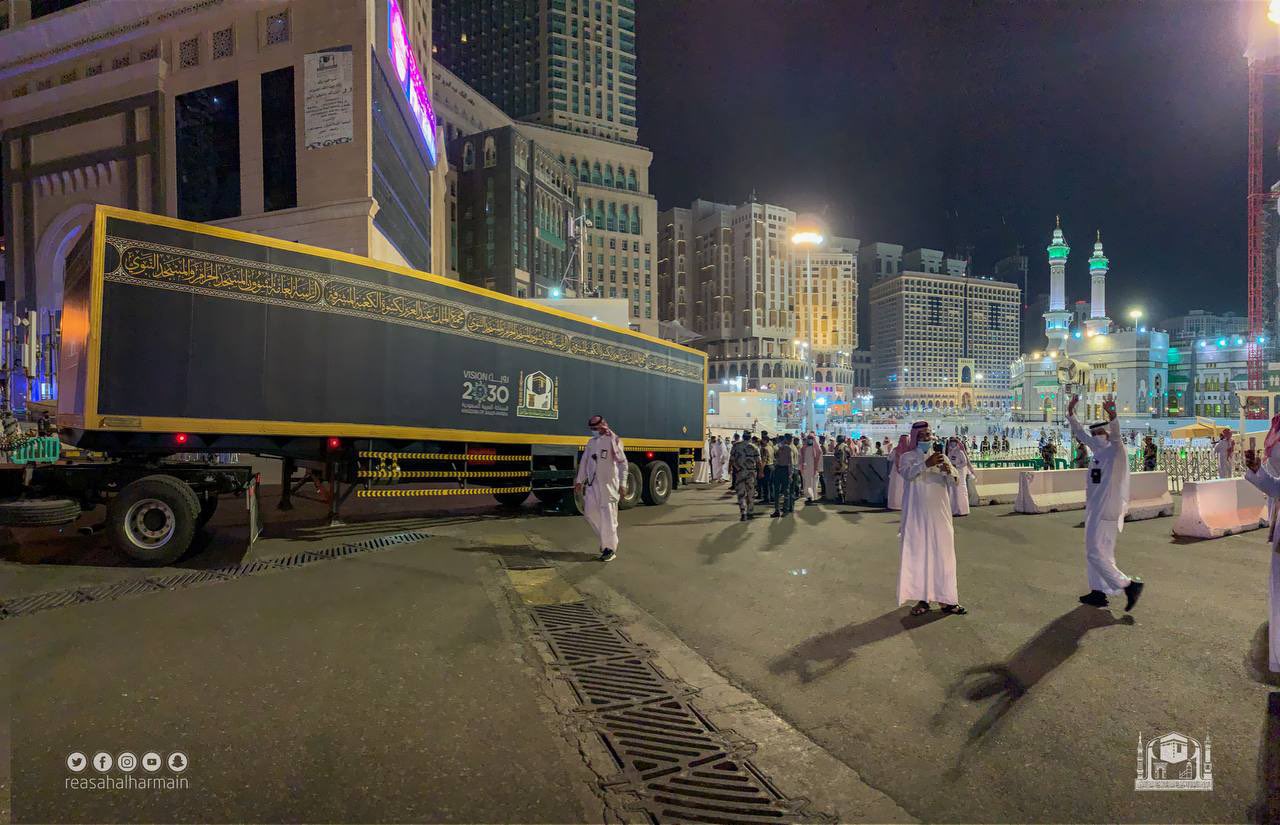 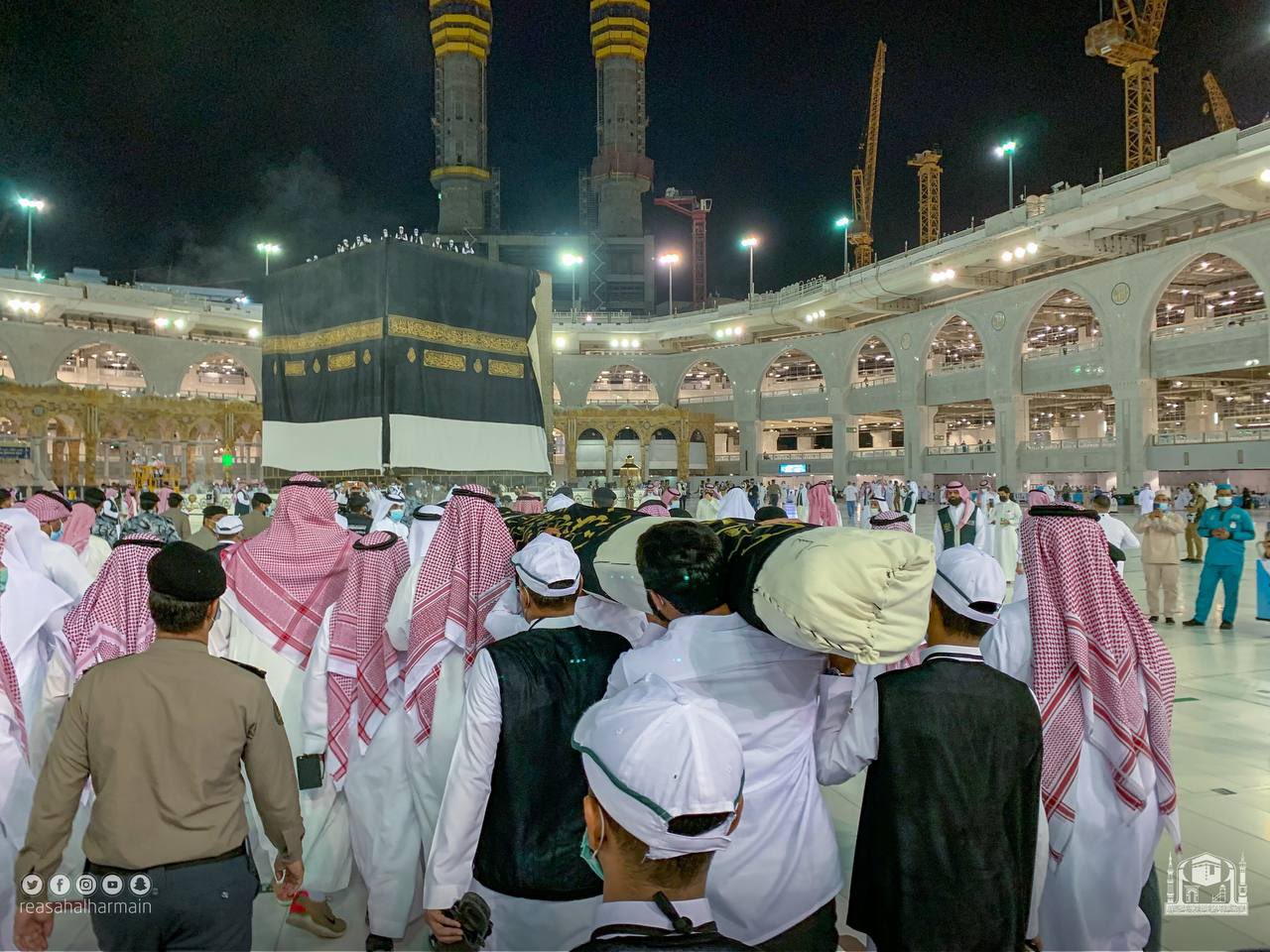 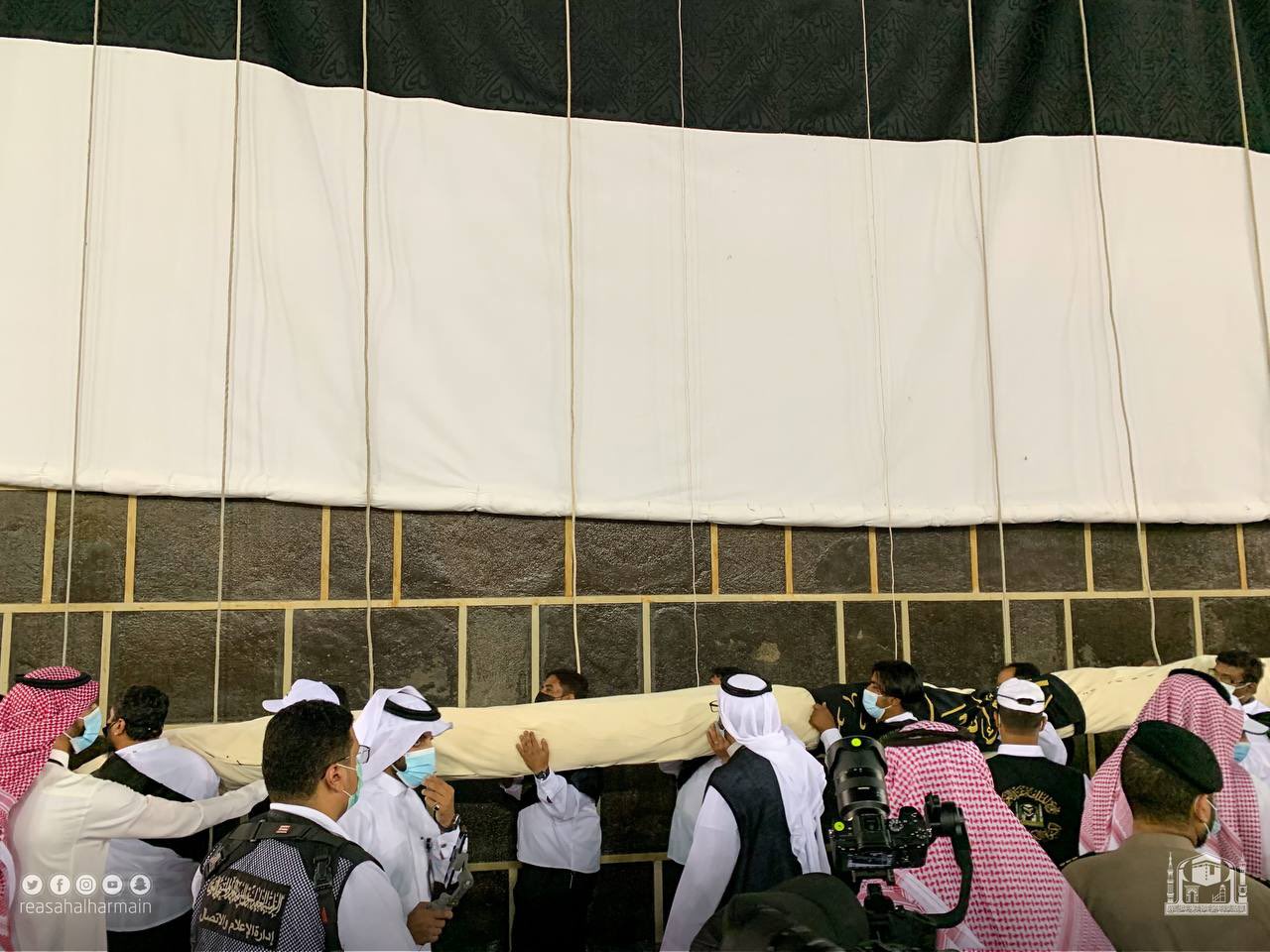 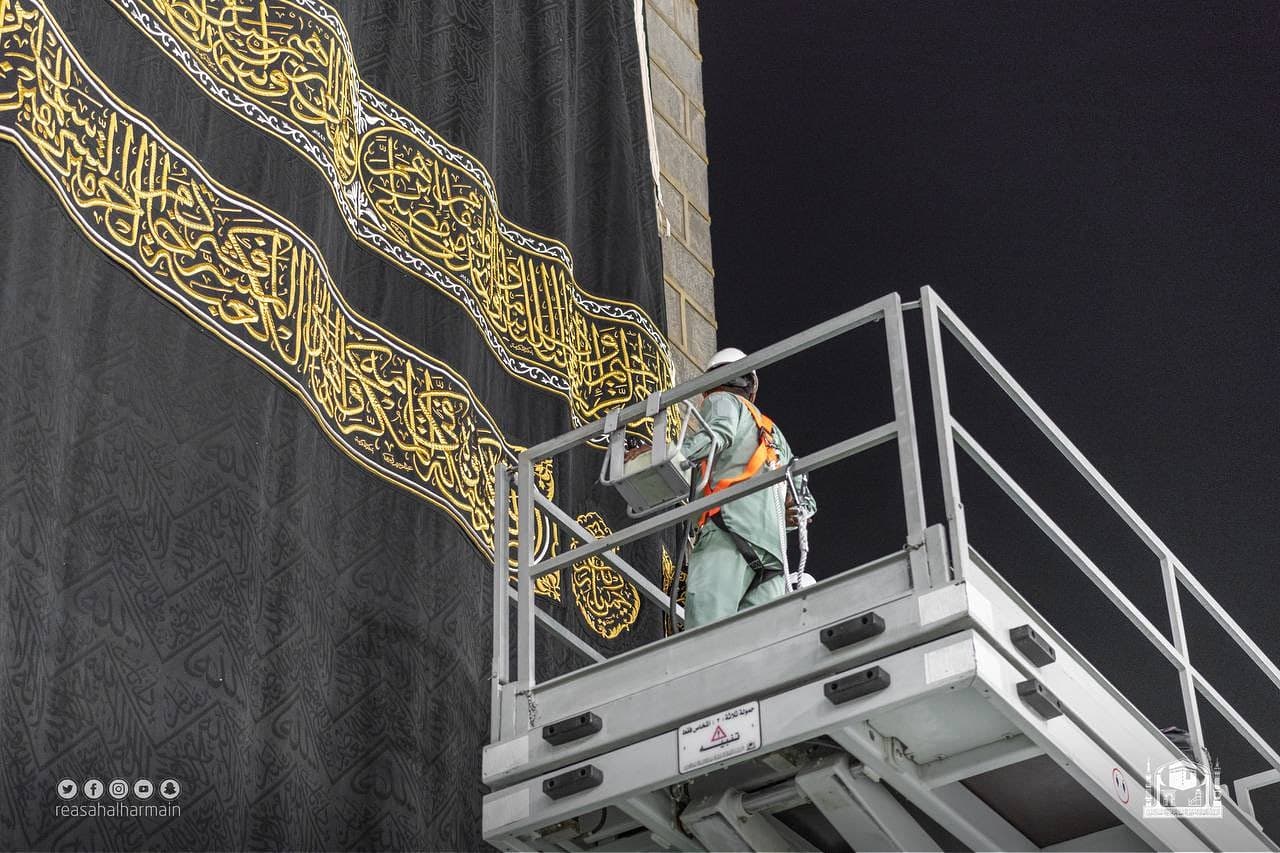 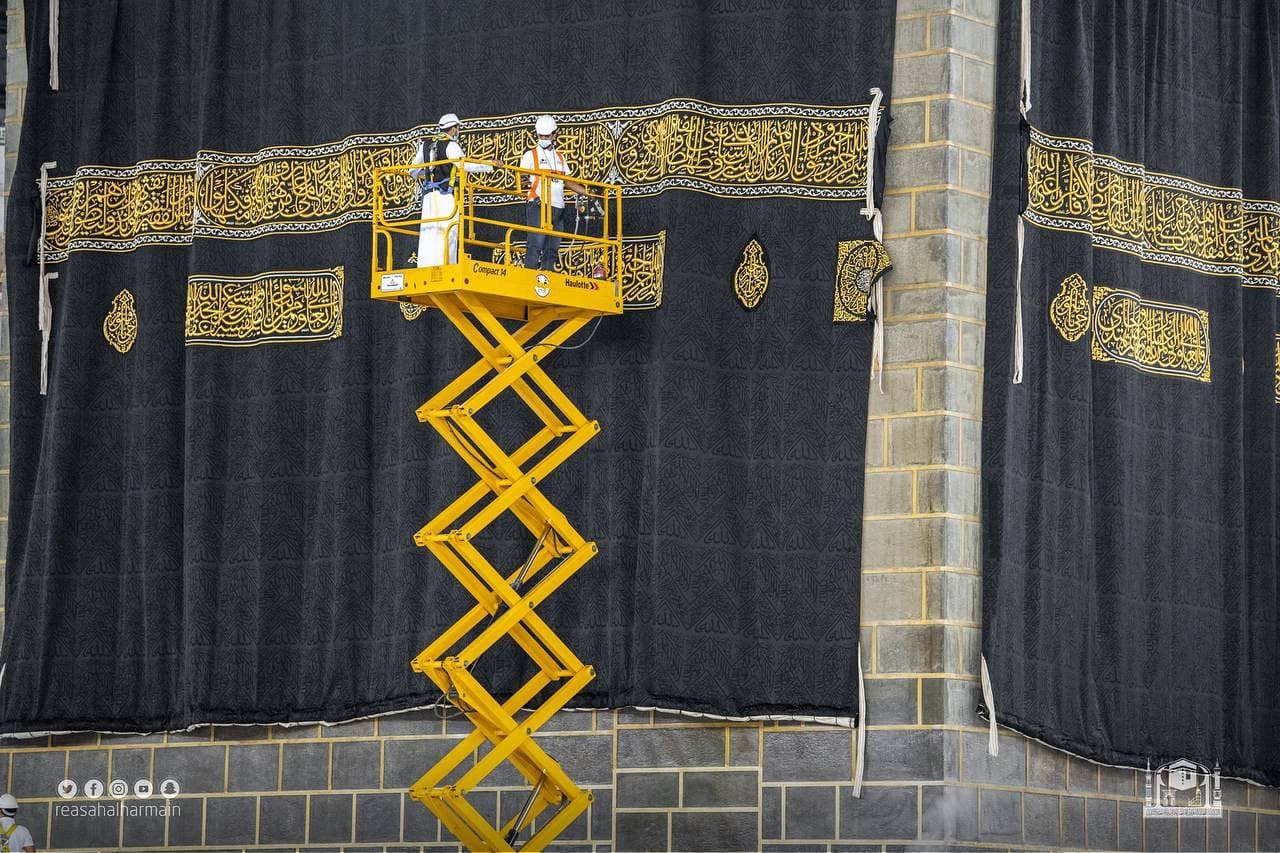 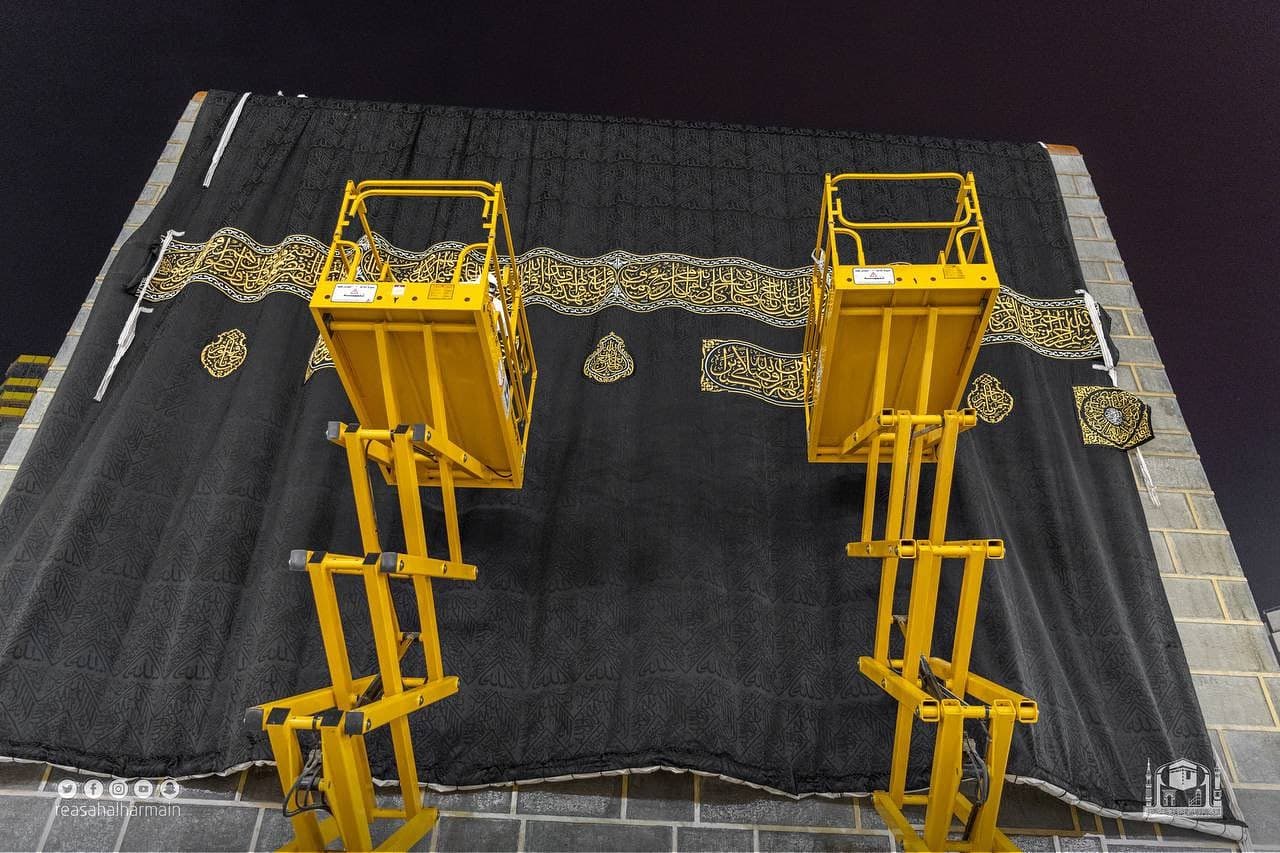 Reports in international media quoting Saudi officials stated that the chosen team took down the old Kiswa that covers around 658 sqm, and then put a new one in place – an Islamic tradition take took place on the 9th day of Dul Hijjah which is the second day of Hajj.

The Kiswa covers the Kaaba, the cube-shaped building that Muslims believe was originally built by Prophet Ibrahim and his son Ismail, at the center of Mecca’s al-Masjid al-Haram (the Grand Mosque). Muslims face the qibla or direction of the Kaaba, which is considered the “house of God,” when performing prayer anywhere in the world. 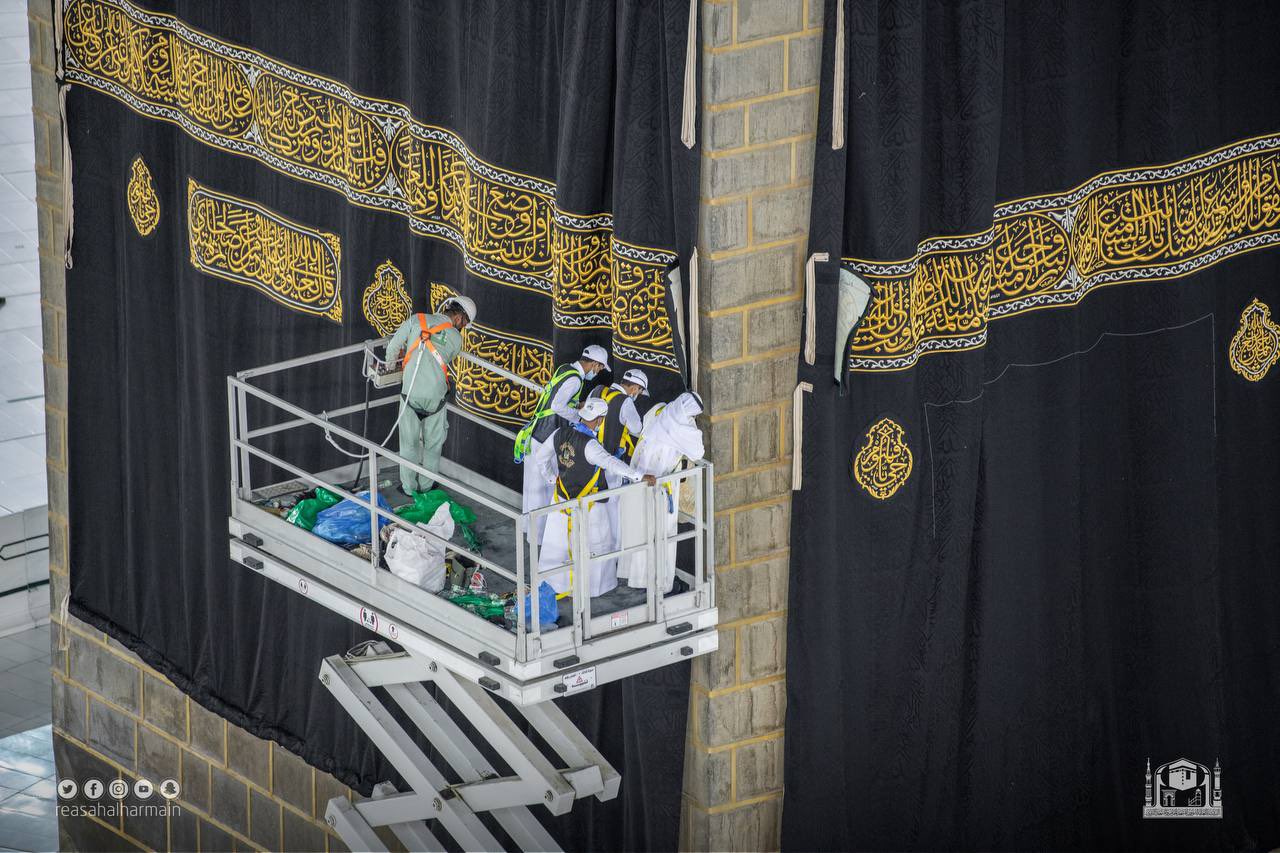 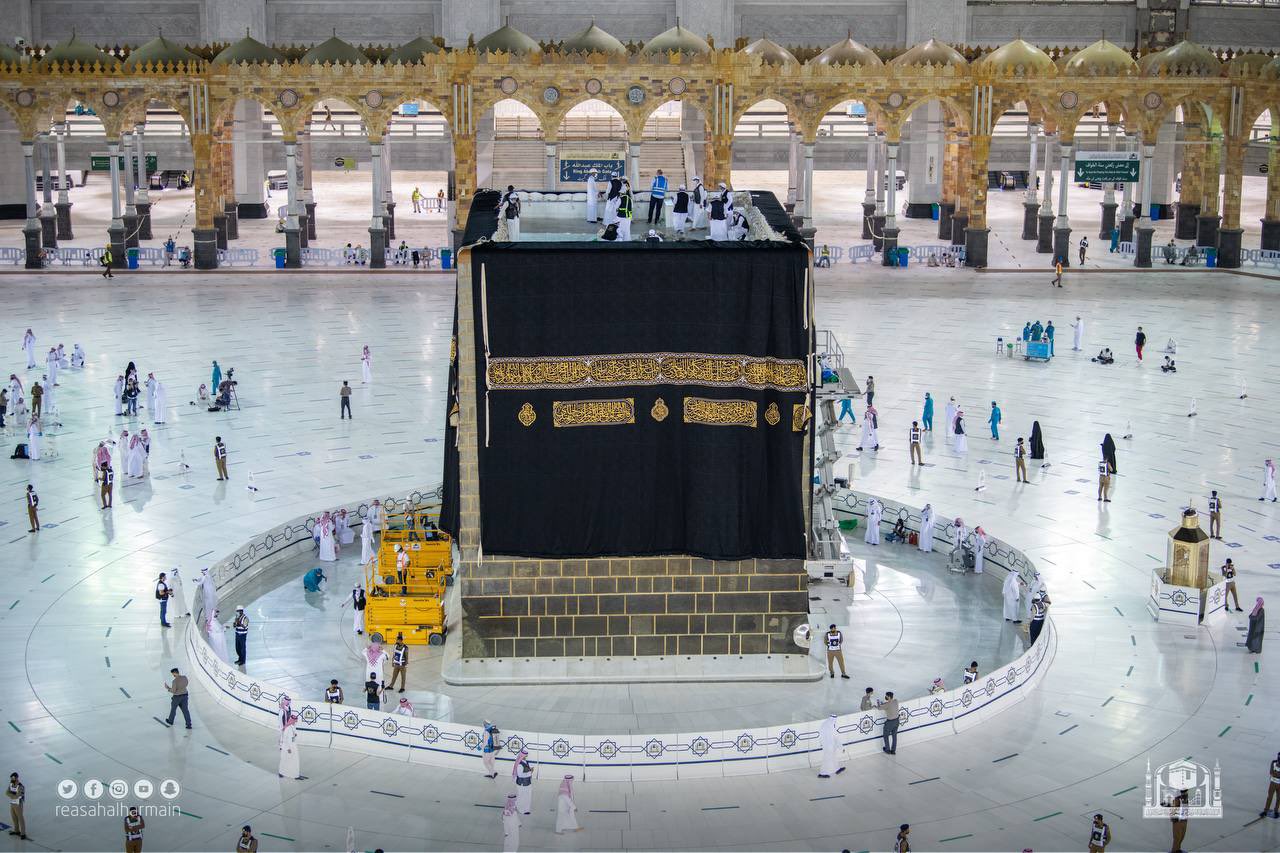 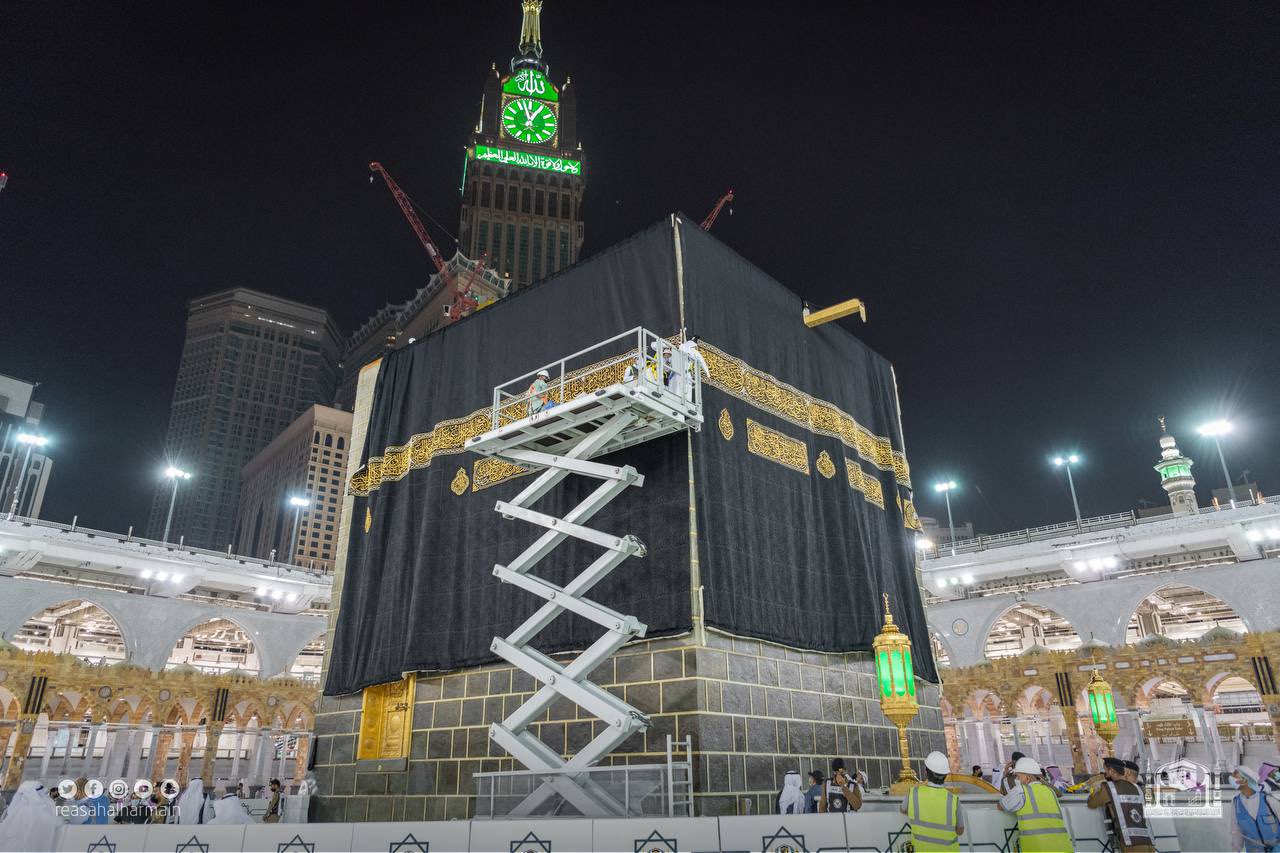 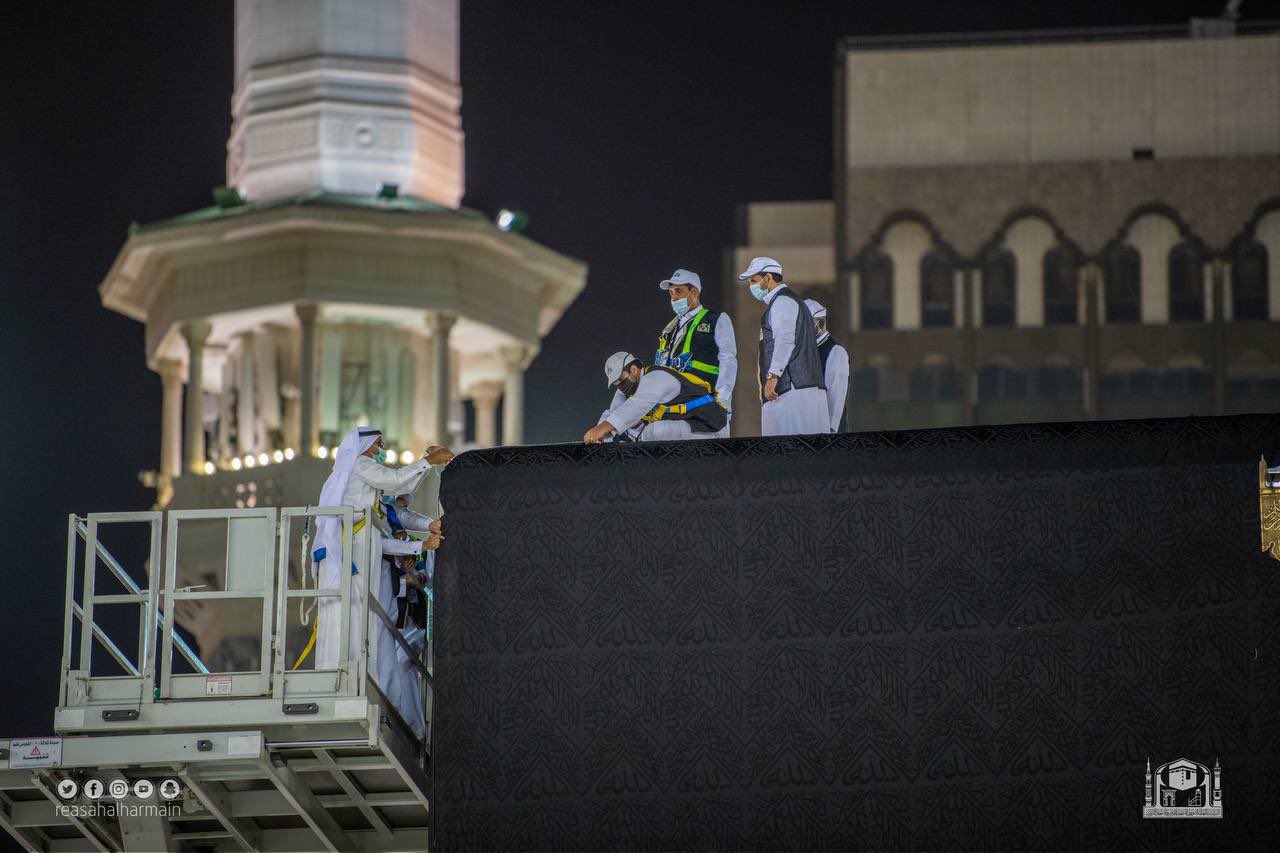 Every year, the gatekeepers of the Kaaba carry out the task of changing the black cloth draped over the holy structure.

A statement issued by the Deputy Head of the General Presidency for the Grand Mosque Affairs Dr. Saad bin Mohammad al-Mohaimeed, said, the Kiswa is made of 120 kilograms of gold threads, 670 kilograms of high-quality silk, and 100 kilograms of silver threads. 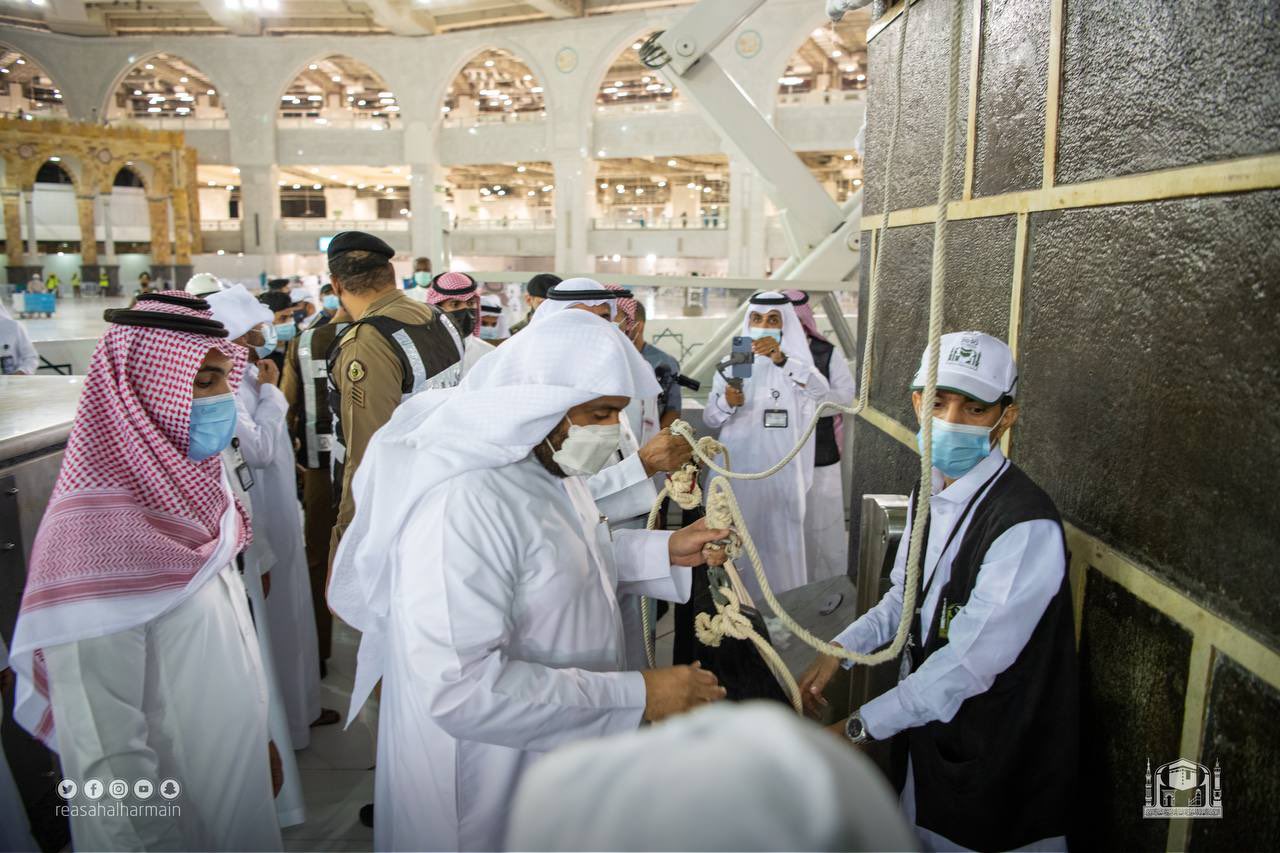 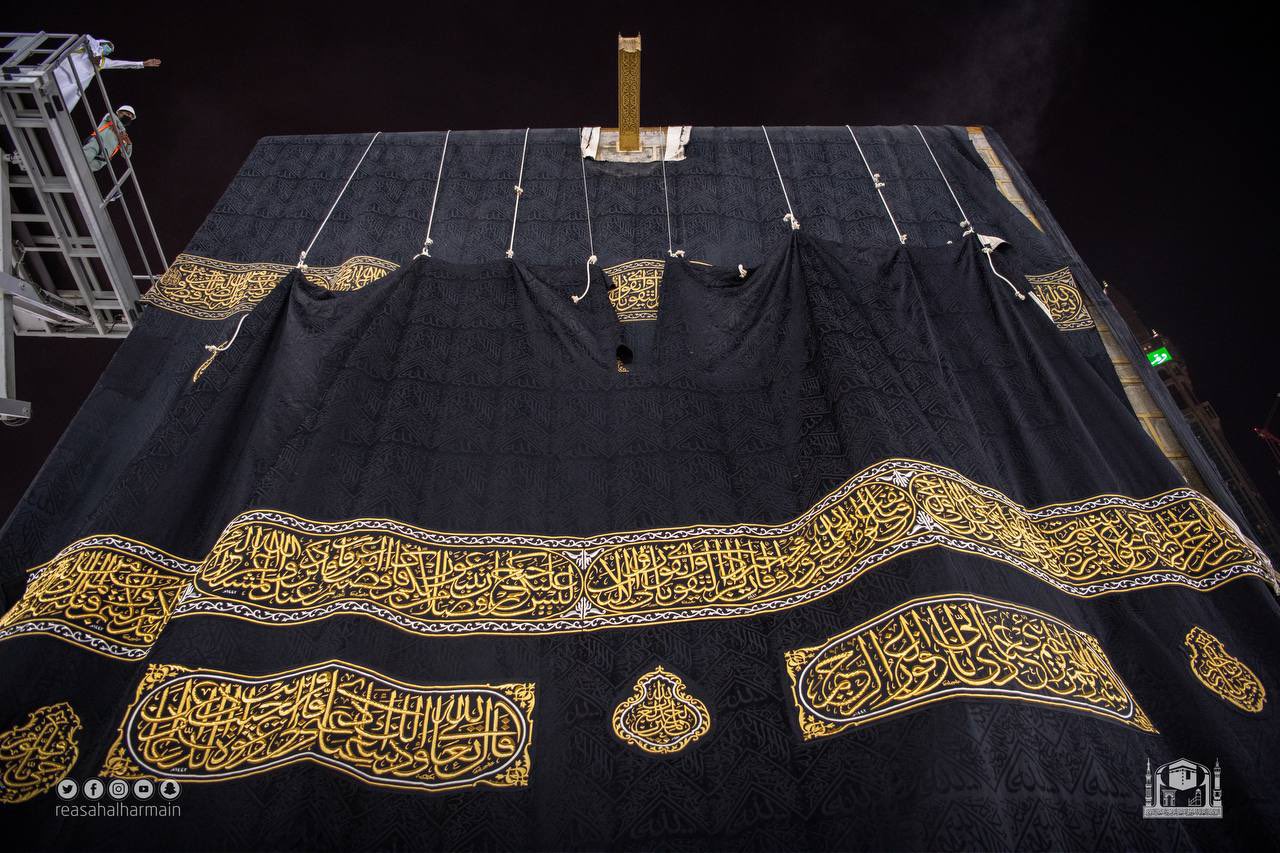 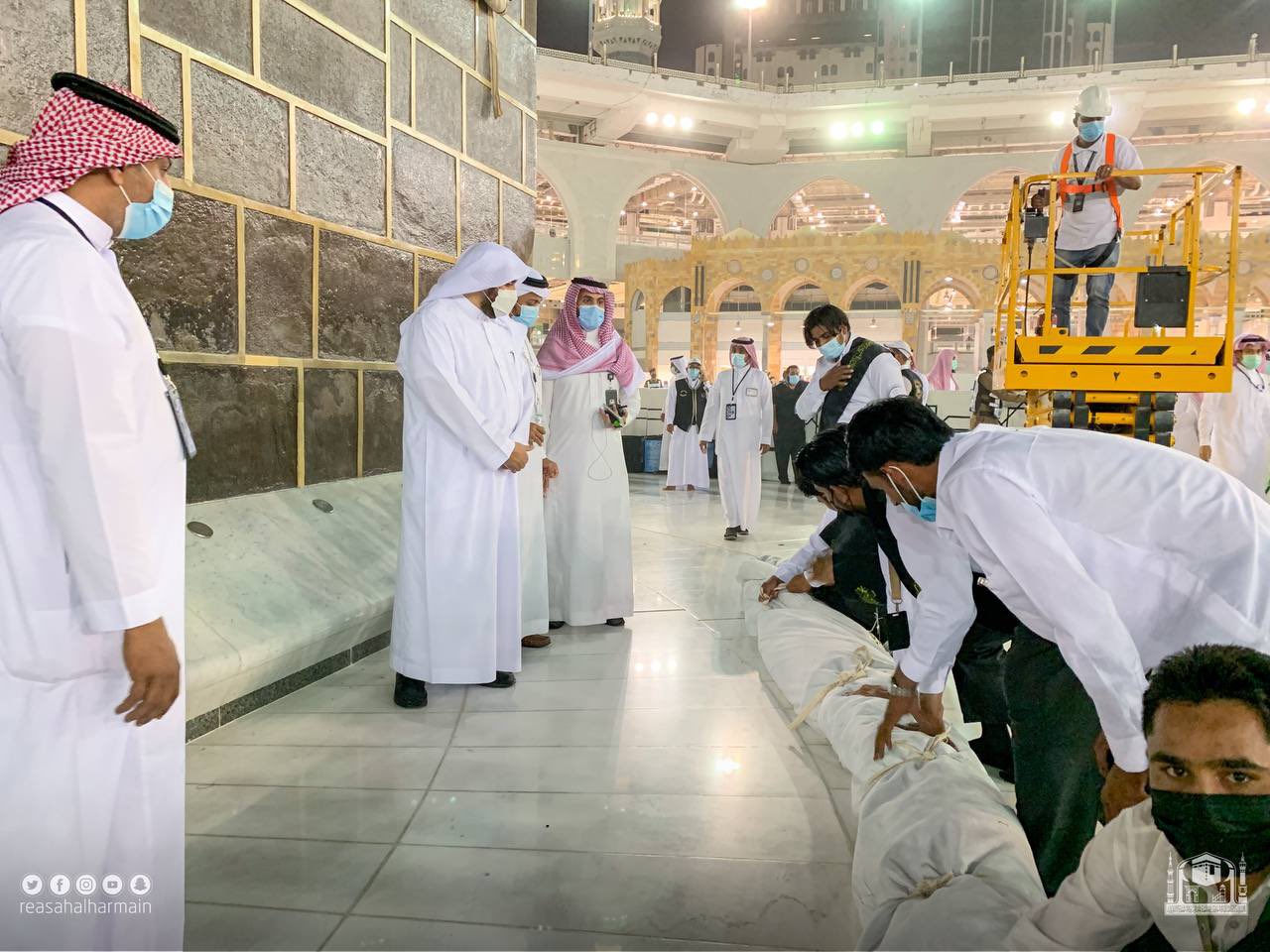 Around 200 Saudi craftsmen were employed to produce the Kiswa, Al Mohaimeed added.

Every year, the old Kiswah is removed and cut into small pieces that are then distributed to certain individuals and organizations around the globe.

Some historians believe that the Kiswa was first used when the fourth century Yemeni King Tubba instructed the leaders of (the) Jurhum tribe to maintain its purgation and make a door and a key for it, and since then, it has become a distinguishable feature of Holy Kaaba. 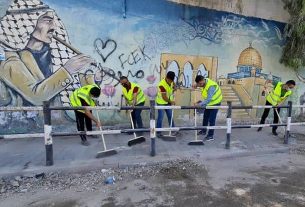 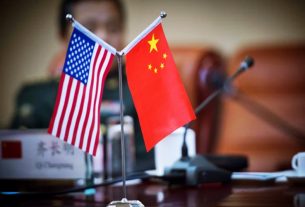 China and the U.S. to resume trade talks in October 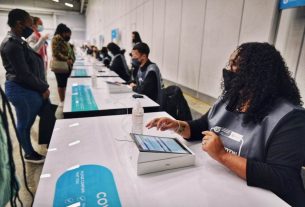