Russia told Ukrainian forces fighting in the besieged southern port of Mariupol to lay down their arms starting 6 a.m. Moscow time (0300 GMT) on Sunday to save their lives.

Russia’s Defence Ministry said its troops had cleared the urban area of Mariupol and only a small contingent of Ukrainian fighters remained inside a steelworks in the city on Saturday.

Moscow’s claim to have all but taken control of Mariupol, scene of the war’s heaviest fighting and worst humanitarian catastrophe, could not be independently verified. It would be the first major city to have fallen to Russian forces since the Feb. 24 invasion.

“Taking into account the catastrophic situation that has developed at the Azovstal metallurgical plant, as well as being guided by purely humane principles, the Russian Armed Forces offer the militants of nationalist battalions and foreign mercenaries from 06:00 (Moscow time) on April 17, 2022, to stop any hostilities and lay down their arms,” the defence ministry said in a statement.

“All who lay down their arms are guaranteed that their lives will be spared,” it said, adding that the defenders could leave the plant by 10 a.m. without arms or ammunition.

There was no immediate response from Kyiv.

“The situation is very difficult” in Mariupol, President Volodymyr Zelenskiy told the Ukrainska Pravda news portal. “Our soldiers are blocked, the wounded are blocked. There is a humanitarian crisis… Nevertheless, the guys are defending themselves.”

The attacks followed Russia’s announcement on Friday it would intensify long-range strikes in retaliation for unspecified acts of “sabotage” and “terrorism”, hours after it confirmed the sinking of its Black Sea flagship, the Moskva.

Kyiv and Washington say the ship, whose sinking has become a symbol of Ukrainian defiance, was hit by Ukrainian missiles. Moscow says it sank after a fire and its crew of around 500 were evacuated.

Russia’s Defence Ministry published video of the head of the navy, Admiral Nikolai Yevmenov, meeting on a parade ground with about a hundred sailors it said were members of the crew. 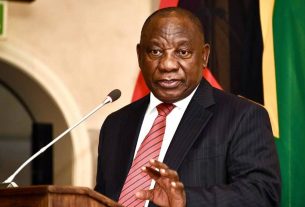 PRESIDENT RAMAPHOSA: ‘I AM COMMITTED TO ACCOUNTABILITY’ 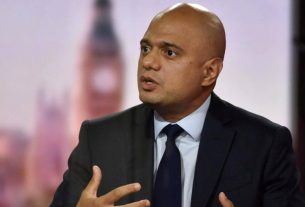