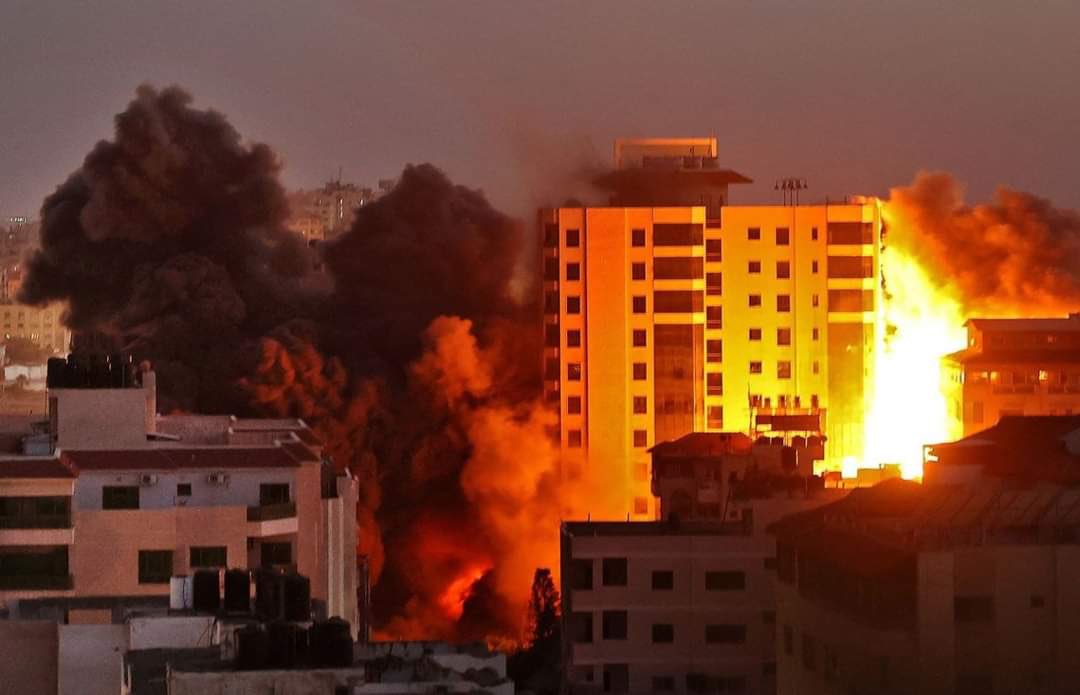 There were no reports of casualties among the residents, who reportedly vacated the Hanadi tower before it was hit.#Gaza #Israeli #Palestine #AlAqsa pic.twitter.com/Tvd9OjNS9S

A deadly confrontation between Israel and Gaza sparked by weeks of Israeli aggression in occupied Jerusalem has escalated as Israel unleashed new air strikes on Gaza, followed by a barrage of rockets at Israeli capital by Gaza’s resistance groups.

It is the most intense airstrikes in Gaza since the bombardment in 2014.

The Israel Defense Forces (IDF) has announced that its fighter jets have “neutralised key figures of Hamas’ intelligence” in the Gaza strip.

“Looks like our intel was better,” the statement said.

There was no immediate confirmation from Hamas regarding the claim.

At least two more people were reported killed in the Israeli city of Lod, also known as al-Lydd, after a rocket fired from Gaza hit the area.

That brings to five the number of people killed in Israel due to rockets fired from Gaza.

Some news reports identified the latest fatalities as an Israeli woman and her seven-year-old son. Other reports said the two were of Israelis of Arab descent.

A woman, who is four months pregnant, and her five-year-old son, were reported killed following the latest Israeli air strike on their house in Tel al-Hawa, a neighbourhood in the southern part of Gaza.

The deaths of the woman, identified only as Reem, and her son, Zaid, was reported on social media by her brother, Ahmed Saad.

At least 35 Palestinians have been killed in Gaza in the latest strikes, which Israel said were in response to rockets fired by Hamas into Israeli.

Sullivan also spoke to the Egyptian government about the situation in Gaza and Jerusalem, the statement said. “They discussed steps to restore calm over the coming days and agreed to stay in close touch.” 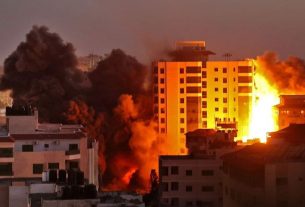