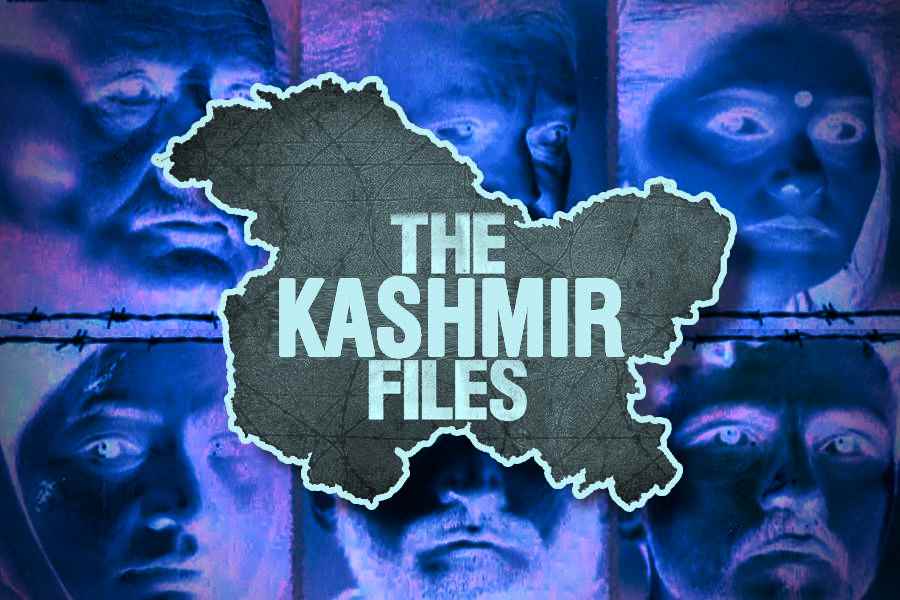 A film based on the sorrow and migration of Kashmiri Pandits has instead managed to become a propaganda tool, inflaming anti-Muslim and anti-Kashmiri sentiments in the country, adding to the existing climate of anti-minority hatred that has permeated society for the past eight years or so.

The Kashmir Files is supposed to be a movie on the plight of Kashmiri Pandits who lost their lives due to targeted killings in 1990. Directed by Vivek Agnihotri, who is known for being right-wing, the movie is based on video interviews of first generation Kashmiri Pandit victims.

‘The Kashmir Files’ hit theatres on March 11, 2022 and Hindutva-driven hate followed its wake, spreading on social media with cries of India’s Hindus to open their eyes. While it is not surprising that right-wing extremist elements would resort to such actions, what is shocking is that this time BJP ministers and government officials are going out of their way to make the movies accessible to the masses. There are no boundaries left to be crossed, it seems.

The most evident reactions from right-wing supporters have begun to surface on the internet. Video reactions have surfaced from theaters across the country, wherein the usual chanting of ’Jai Shri Ram’ and abusing non-BJP political parties is being carried out.

What should have been the narration of the tragedy of Kashmiri pandits has become a weapon for Hindutva to fulfill its motives and spread anti-Muslim sentiments.

A day after the release of the movie supposedly narrating the exodus of Kashmiri Hindus during the Kashmir insurgency BJP Union Minister, state officials and other right-wing organisations set to work promoting the film from their own social media accounts.

Among them was Women and Child Development Minister SmritiIrani who asked people to watch the movie “history soaked in the blood of innocents may never repeat itself”.

Watch …so that this history soaked in the blood of innocents may never repeat itself #TheKashmirFiles pic.twitter.com/LWObd3kSdw

Inside the theatre, the situation was more tense, with some right-wingers resorting to aggressive words to condemn Muslims. One Twitter user, RohitBishnoi, tweeted a video footage of individuals inside the hall yelling “Deshkegaddaroko, golimaarosaalonko” (shoot down the traitors using bullets), echoing hate-offender and BJP leader C.T. Ravi’s words.

And of course, the usual ‘Desh ke gaddaron ko, goli maaro saloun ko‘, which has been heard at BJP rallies, and perpetuated by its own leaders as well (before the 2020 Delhi riots), was also raised by viewers.

He wrote that this will allow people to see “for the first time the correct and true depiction of atrocities inflicted by Muslim terrorists on the Hindu community” in Jammu and Kashmir, said the Free Press Journal.

In a post-movie review, speaking to media, outside theatres, a Hindu man from MP’s Pithampura warns people to ‘beware of Muslims’.

“I would like to warn my Hindu brothers that beware and maintain your distance from them. Be wary of them, they might attack anytime,” says the man with a tilak on his forehead, as he exits the theatre.

Even those accused in the Delhi riots showered praises on the movie. One of the alleged perpetrators of the violence Kapil Mishra also shared a caricature where a person wrapped in a shawl marked “Hindu” ‘comes to life’ on seeing the movie poster. The four people carrying the body are labelled “Jihadi”, “Congress-Left”, “Lutyens media” and “Bollywood gang”.

The film is a game changer in Indian Cinema. #TheKashmirFiles pic.twitter.com/nyWErU0vkp

It is to be noted that in response to a Right to Information (RTI) filed over the number of deaths of Kashmiri pandits killed by terrorists since the inception of militancy in 1990, the district police headquarters in Srinagar revealed official figures that state 89 casualties as compared to 1635 deaths of people of other faiths, during the same time.

So you wanted facts? pic.twitter.com/M2QAvMnonN

In yet another place, people entered the theatre hall and demanded if not screamed at people not to watch ‘Shahrukh-Salman-Amir-and-Saif movies’, targeting the four Khans well-known in the film industry.

The Kashmir Files is a Nazi propaganda..

This movie was made to spread hatred and violence against Indian Muslims and Kashmiri Muslims.

See how audience in movie theater spewing venom against Muslims.#JournalismMatters

On Sunday, BhagwaKrantiSena President, VHP leader and RSS member Dr. PrachiSadhvi made a swingular statement saying that those criticisng the movie had a “jihadi mentality”. She demanded that the movie be shown tax-free and even in colleges, claiming that the movie showed the reality of Hindu Pandits.

My Statement On #TheKashmirFiles Movie .

Thank You @vivekagnihotri Ji @AnupamPKher Ji For This Movie

It’s Not A Movie , It’s Reality What Happened In Kashmir pic.twitter.com/jT7R7larD5

It is interesting here that Ministers are encouraging people to watch a movie that reportedly provides a gory narrative of the incident. According to The Hindu by Anuj Kumar, ‘The Kashmir Files’ manipulates facts and half-truths and uses scenes of bloodshed and torture to induce reactions.

In the movie, the media has been condemned for hiding the reality of Kashmiri Pandits while the previous government led by Congress has been squarely blamed for the sufferings. However, critics condemn the movie for either intentionally or inadvertently cherry-picking historical facts to cater to the right-wing ideology.

However, what many call a ‘well-researched’ story starts to play with the truth hereon. Vivek Agnihotri called the film “truth of Kashmir ” and rightly shows the infamous Nadimarg massacre of 2003 when 24 Kashmiri Pandits were reportedly killed. But he wrongly puts out the fact that Mrs Ganjoo was also killed at the same time.

In the movie, one terrorist is involved – inspired by Yasin Malik and Farooq Ahmed Dar (also known as Bitta Karate) of the JKLF. Bitta, played by Chinmay Mandlekar, had confessed on camera that he killed 20 Kashmiri Pandits in the 1990s. But Agnihotri’s ‘truth’ shows his involvement in the Nadimarg massacre, which had actually involved another terrorist called Zia Mustafa of an altogether separate terrorist organisation.

Some events, such as depicting exclusively Kashmiri Hindus being killed in 1990, are insensitively depicted, despite the fact that people of all faiths suffered during the state’s peak of terrorism. At one point, the film virtually advances the cause of Islamophobia. “Ye poori qaum hee aisi hai (This entire race is the same),” shouted a voice in the audience at the final scene depicting the Nadimarg Massacre, in which Krishna’s mother and younger brother were killed.

AIMIM Chief Asaduddin Owaisi demanded an independent fact-finding commission on the exodus of Kashmiri Pandits, and also raised concerns regarding delimitation and exposed the severe lack of development in Jammu & Kashmir since the illegal removal of Article 370.

Owaisi also brought up the fact that during the state’s peak of terrorism, 1500 non-Pandit were also slain, but no one is crying for them, and no one is making a film on them to fill their pockets.

Aneesa Mohamed is a journalist who has reported on religious violence, state-sanctioned extrajudicial murders, and insurgency in countries all over the world. 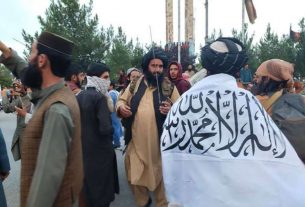 PLAYING ANY MILITARY ROLE IN AFGHANISTAN ‘WILL NOT BE GOOD’, TALIBAN WARNS INDIA 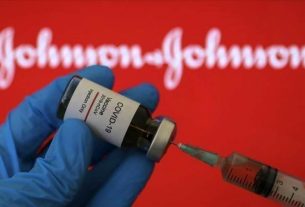