In response to accusations that it was hiding data, China has revealed roughly 60,000 fatalities among COVID patients since the beginning of December.

The National Health Commission reported on Saturday that the “emergency peak” of COVID-19’s most recent surge appears to have passed. The death toll from December 8 through Thursday included 54,435 fatalities from other illnesses combined with COVID-19 and 5,503 deaths from respiratory failure brought on by the virus.

It said the reported deaths related to COVID-19 occurred in hospitals, which left open the possibility more people might have died at home.

The report would more than double China’s official number of deaths directly attributed to COVID-19 to 10,775 since the virus was first detected in the central city of Wuhan in late 2019.

Despite a surge in infections that began in October and has filled hospitals with feverish, wheezing patients, China has stopped reporting data on COVID-19 deaths and infections after abruptly lifting anti-virus controls in December.

The World Health Organization and other governments requested information from China after city and provincial governments reported that hundreds of millions of Chinese people may have contracted the virus.

The daily number of people going to those clinics peaked at 2.9 million on December 23 and had fallen by 83 percent to 477,000 on Thursday, said National Health Commission official Jiao Yahui.

The average age of people who have died since December 8 is 80.3 years, and 90 percent are aged 65 and above, according to the Health Commission.

According to the report, more than 90% of those who died had cancer, heart or lung disease, or kidney problems. 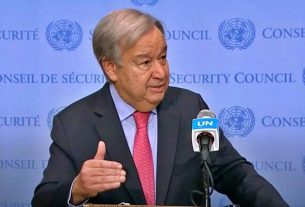 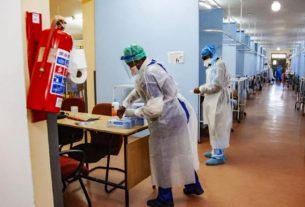 TRIALS FOR COVID VACCINE PILL TO BEGIN IN SOUTH AFRICA US REPORT ON KHASHOGGI MURDER CRITICAL FOR JUSTICE: UN EXPERT