The European Central Bank (ECB) is assessing whether to introduce a digital euro and will share findings of a task force soon before launching a public consultation, a top official said on Thursday.

“The Eurosystem has so far not made a decision on whether to introduce a digital euro. But, like many other central banks around the world, we are exploring the benefits, risks and operational challenges of doing so,” ECB President Christine Lagarde said in an online conference.

She said the findings of a task force will be “presented to the public in the coming weeks, followed by the launch of a public consultation.”

Lagarde stressed that these efforts were a testament to the ECB’s “readiness to face the ongoing digital transformation in retail payments, which does not necessarily follow a linear path.”

“In the digital age, innovation in payments enables us to interact in easier, faster and cheaper ways,” she said.

This innovation, she added, comes in new forms which “create new risks and pose important questions of sovereignty.”

“They raise new questions about whether the ECB should drive initiatives to integrate retail payments in Europe, and even whether it should issue a digital euro,” said Lagarde.

According to her, the ECB was committed to its “duty to play an active role in balancing the risks and benefits of innovation in payments, so that money continues to serve Europeans well.”

“Central banks can and should, within their mandates, be agents of change and fulfill their responsibilities towards citizens,” she concluded. A CONVINCING VICTORY, A VICTORY FOR ‘WE THE PEOPLE’: PRESIDENT-ELECT BIDEN 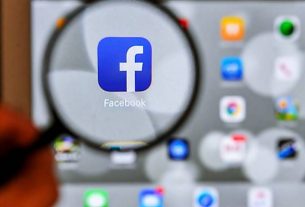