Sheikh Yusuf al-Qaradawi, one of the Sunni Muslim world’s most influential religious scholars, has died.

Al-Qaradawi, an Egyptian who was based in Qatar, was the chairman of the International Union of Muslim Scholars, and also a spiritual leader for the Muslim Brotherhood. He was 96 years old.

Al-Qaradawi, who formerly made regular appearances on Al Jazeera Arabic to discuss religious matters, was highly critical of the coup that overthrew Egypt’s first democratically elected president, Mohamed Morsi, in 2013.

Morsi had been a member of the Muslim Brotherhood before he became president, and was backed by the movement.

Al-Qaradawi was unable to return to Egypt following Morsi’s overthrow due to his opposition to Egypt’s President Abdel Fattah el-Sisi.

The religious leader had previously been in exile from Egypt prior to the 2011 revolution that overthrew former President Hosni Mubarak.

The Muslim Brotherhood, which was founded in Egypt and had branches across the region, played a considerable role in the 2011 uprisings that rocked the Middle East and led to widespread demonstrations in several countries across the region.

Al-Qaradawi had been tried and sentenced to death in absentia in Egypt. UN URGES MORATORIUM ON USE OF AI THAT IMPERILS HUMAN RIGHTS 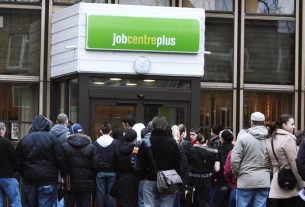