Directed by Rawson Marshall Thurber film Red Notice, which cost approximately $200 million to make, is the most expensive film Netflix has produced to date, making the opening day success all the more noteworthy.

The film records the biggest opening day in Netflix history. ‘Red Notice’ made its debut this weekend on Netflix,

Gadot, who plays The Bishop, also tweeted: “This is amazing!!!! What can I say, you guys are the best and the reason why we make these films. So grateful and excited!!!

Ryan Reynolds, her co-star in the film, also tweeted in celebration. “Wow, Red Notice is Netflix’s biggest ever opening day for a film. Congrats to this whole team!”

The film, also co-starring Dwayne Johnson, is a comedy thriller about an FBI agent who assists an Interpol agent on the hunt for an elusive international art thief and a missing bejewelled egg. The chase causes him to get mixed up with another crafty art thief with disastrous results, as a forgery of the egg has replaced the real thing.

Despite receiving mixed-to-negative reviews from critics, the film has been well received by fans, with a 92 percent Audience Score on Rotten Tomatoes. Currently, ‘Extraction,’ starring Chris Hemsworth, is the most popular Netflix film of all time.

Red Notice is currently in select cinemas and streaming on Netflix. 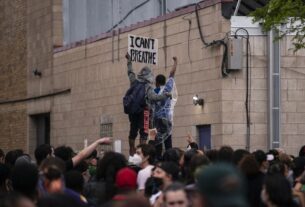 MOST AMERICANS SYMPATHISE WITH PROTESTS, DISAPPROVE OF TRUMP’S RESPONSE: POLL 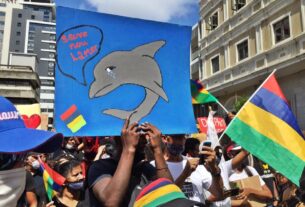