The World Health Organization’s director-general stated on Thursday that the end of COVID-19 does not mean the end of the disease, but that the world is in a better position than before as weekly pandemic deaths decline, Anadolu Agency reported.

During a press webinar, WHO Director-General Tedros Ghebreyesus stated that weekly COVID-19 deaths have continued to fall, and are now only 10% of what they were at the peak of the pandemic in January 2021.

“At the United Nations General Assembly here in New York, one of the most frequent questions I’m asked is, ‘Where do we stand? Is the pandemic over?’

“Being able to see the end does not mean we are at the end,” said Tedros.

“Two-thirds of the world’s population is vaccinated, including three-quarters of health workers and older people,” he said.

In most countries, restrictions have ended, and life looks much like before the pandemic.

But Tedros said 10,000 deaths a week are too many when most of these deaths could be prevented.

Although population-level immunity has increased, there are still significant vaccination gaps, especially in low- and middle-income countries.

And the virus is still spreading and changing, with the ever-present risk of more dangerous variants emerging.

“We have spent two-and-a-half years in a long, dark tunnel, and we are just beginning to glimpse the light at the end of that tunnel,” said the WHO chief.

“But it is still a long way off, and the tunnel is still dark, with many obstacles that could trip us up if we don’t take care,” he warned.

The world needs all the hope it can get to reach the end of the tunnel and put the pandemic behind it.

“But we’re not there yet. We’re still in the tunnel, and we will only get to the end by focusing on the path ahead and by moving forward with purpose and care,” Tedros said.

The refrain of the pandemic has been that no one is safe until everyone is safe, he noted.

That means that everyone must use the available tools to stay safe when necessary, such as distance, masks, and ventilation.

To stay safe, everyone needs access to medical tools such as vaccines, tests, and treatments.

“That’s still not the case. Just 19% of the population of low-income countries is vaccinated, and access to life-saving treatments is virtually non-existent,” he said. 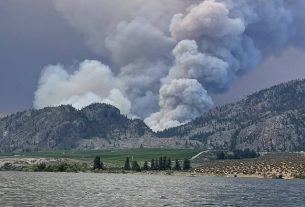 CANADA’S BC DECLARES STATE OF EMERGENCY AS WILDFIRES SURGE 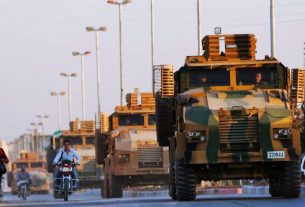 MOSCOW AND LONDON ARE “AT A FREEZING POINT,” RUSSIAN FM