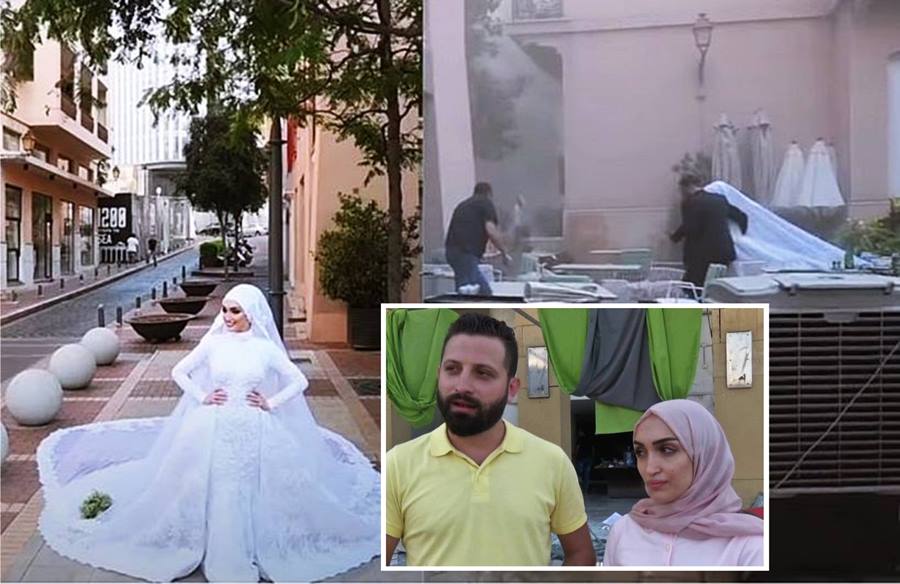 A Lebanese bride had to run for cover as she was posing for wedding photographs with her groom in central Beirut just moments before the massive explosion rocked the capital.

The dramatic footage captured the moment when a massive explosion rocked the Lebanese capital on Tuesday, killing at least 135 people and injuring more than 5,000.

Seblani, a doctor working in the United States who arrived in the city three weeks ago for her wedding, helped to check on the injured nearby, before fleeing central Beirut’s Saifi square.

A day later, she and her husband Ahmad Subeih, 34, a businessman in Beirut, were struggling to process what happened.

Subeih recalled the aftermath of the blast, which officials have blamed on a huge stockpile of highly explosive material stored for years in unsafe conditions at the port.

“We started to walk around and it was extremely sad, it was not describable the devastation and the sound of the explosion,” he said.

“We are still in shock … I have never heard anything similar to the sound of this explosion.”

After the blast, she and her husband tried to compose themselves and carry on with their celebrations.

“My husband told me to continue, we can’t stop. I was like okay, why not, we continue. I was not living the moment actually, I was like walking, my face was smiling, my lips were smiling, that’s it, not more. Then we went to have a dinner.”

Subeih recalls entering the damaged hotel on Wednesday to retrieve belongings and passports.

“The scene in the room was unbelievable,” he said.

He has been waiting for a visa to the United States to join his wife. Seblani loves Lebanon, but feels that after Tuesday’s blast, living there is not an option.

“There is a lot of damage, many people were killed and wounded. But also if I want to look at us, myself, my husband, the photographer – how we escaped unharmed, I thank God for protecting us.

“This alone makes me feel optimistic and to keep the joy of the occasion that I came here to celebrate.”

Footage captured by the couple’s wedding videographer, Mahmoud Nakib, shows the camera slightly shake as it pans down the train of Seblani’s dress before the explosion occurs.

Nakib keeps the camera rolling as the explosion blows away Seblani’s bouquet, which was placed on the train of her dress, billowing out the rest of the gown behind her.

The shock wave sends Nakib stumbling across the street but he manages to return the camera’s view to the original spot where Seblani was posing, capturing the groom guiding her as they flee to safety.

The square — quiet just moments before — is pictured through a haze of smoke as the bride and groom dodge overturned tables and broken glass before turning a corner.

Nakib posted a second video following the explosion on his Facebook page showing the groom and another man helping Seblani with her dress as they continue down the street. Alarms are going off in nearby buildings and the street is seen littered with debris.

Nakib told news verification agency Storyful that he and the couple were unharmed by the explosion. He said they took refuge at a house before dining at a small restaurant later that evening. 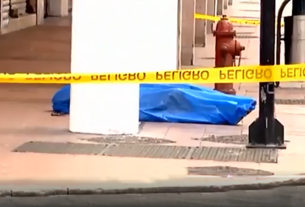 ECUADOR CITY RUNS OUT OF COFFINS AMID COVID-19 CRISIS 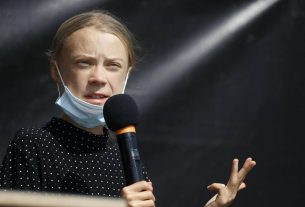 HOW LONG WILL YOU IGNORE CLIMATE CRISIS? GRETA ASKS US CONGRESS