Tonga’s Hunga Tonga volcano just had one of the most violent volcano eruptions ever captured on satellite.

The National Emergency Management Agency of New Zealand has issued a warning about powerful currents and unpredictable surges generated by a volcano eruption in the waters of Tonga, a Pacific island nation.

Earlier in the day, Tonga issued a tsunami warning after the undersea Hunga-Tonga-Hunga-Ha’apai volcano erupted. The eruption became the latest in a series of the ongoing explosive eruptions from the volcano.

Tonga’s Hunga Tonga volcano just had one of the most violent volcano eruptions ever captured on satellite. pic.twitter.com/M2D2j52gNn

“We expect New Zealand coastal areas on the north and east coast of the North Island and the Chatham Islands to experience strong and unusual currents and unpredictable surges at the shore following a large volcanic eruption at Hunga-Tonga-Hunga-Ha’pai in Tonga,” the agency said in a statement.

It also noted that swimmers, surfers, fishermen, small boats and anyone in or near the water close to the shore were most at risk. The agency advised people to leave beaches and coastal areas, as well as stay away from harbors and rivers until at least Sunday morning.

The volcano is located about 64 kilometers (40 miles) north of the capital, Nuku’alofa. Back in late 2014 and early 2015, a series of eruptions in the area created a small new island and disrupted international air travel to the Pacific archipelago for several days. Tonga is home to about 105,000 people.

New Zealand’s military said it was monitoring the situation and remained on standby, ready to assist if asked.

The Islands Business news site reported that a convoy of police and military troops evacuated Tonga’s King Tupou VI from his palace near the shore. He was among many residents headed for higher ground.

Earlier, the Matangi Tonga news site reported that scientists observed massive explosions, thunder and lightning near the volcano after it started erupting early on Friday. 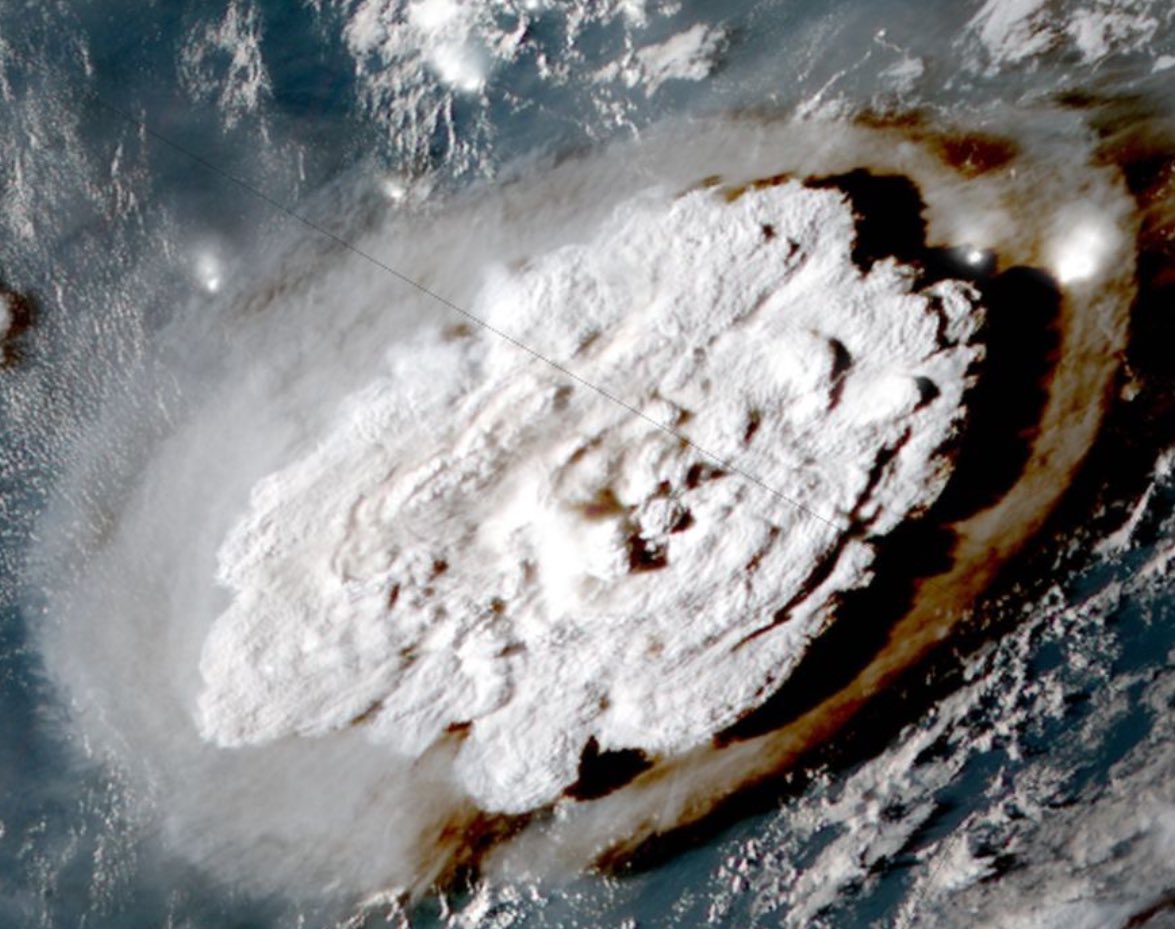 The site said satellite images showed a 5km-wide (3-mile) plume of ash, steam and gas rising into the air to about 20km (12 miles).

The eruption was so intense it was heard as “loud thunder sounds” in Fiji more than 800 kilometres (500 miles) away, officials in Suva said. Authorities in nearby Fiji also issued a warning, telling people to avoid the shoreline due to strong currents and dangerous waves. 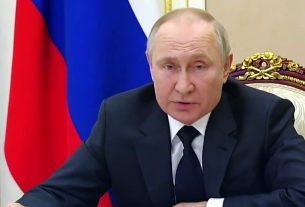 PUTIN: RUSSIA WILL ACHIEVE ‘NOBLE’ AIMS OF ITS UKRAINE CAMPAIGN 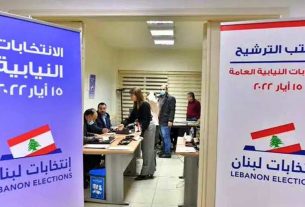