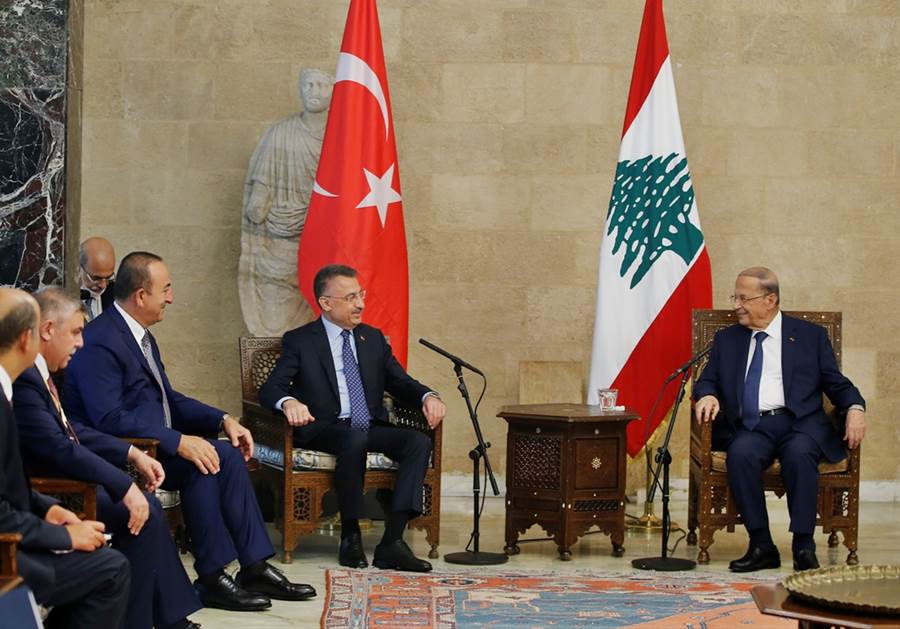 Turkey is ready to help rebuild the port of Beirut, which was destroyed by a massive blast on Tuesday, Turkish Vice-President Fuat Oktay said during a visit to Lebanon.

Turkey’s port of Mersin, on the Mediterranean, is ready to assist the port of Beirut, he said, without elaborating.

Oktay and Cavusoglu will also meet Parliament Speaker Nabih Berri and Prime Minister Hassan Diab along with the president Aoun.

A fire at a warehouse at the Port of Beirut led to a huge blast on Tuesday causing massive material damage in several neighborhoods of the capital. At least 154 people were killed and around 5,000 others injured in tragic incident.

The Lebanese government announced the formation of an investigation committee to probe the blast within a period of five days.

The blast rocked Lebanon while the country is experiencing its worst economic crisis, including a dramatic drop in the value of the Lebanese pound against the US dollar.

On Thursday, a Turkish military plane carrying aid and a search and rescue team arrived in Beirut.

Turkey’s Humanitarian Relief Foundation (IHH) on Saturday provided humanitarian aid for thousands who have been affected by Tuesday’s massive explosion at Beirut port.

In a statement, the IHH said rescue efforts are still underway for those still missing after the blast, which killed at least 154 people.

“The grain silos destroyed by the explosion were a vital artery for the supply of food in the country,” IHH said, warning of a humanitarian crisis in Lebanon in case of failure to supply the country with enough quantities of flour within a short period of time.

According to the statement, the IHH has launched a campaign to raise donations for those who have been affected by the explosion, going on to note that it has distributed food supplies to 3,700 people in the capital.

“The IHH aid will continue to the Lebanese people until the end of the crisis,” it said.

The Lebanese government said the blast, which has caused massive property damage in several neighborhoods in Beirut, was caused by the detonation of 2,750 tonnes of ammonium nitrate that had been stored unsafely at the port for six years.

Officials have announced the formation of an investigation committee to probe the incident, which happened as Lebanon is reeling under its worst economic crisis.