If Russian shipments over the Black Sea are permitted, Turkey will provide grain and other pertinent products to needy African nations, according to the Turkish president on Friday, Anadolu Agency reportd.

President Recep Tayyip Erdogan expressed the same opinion as his Russian counterpart Vladimir Putin to reporters on the plane following his three-day trip to the Balkans, claiming that Ukrainian food is exported to developed nations rather than to those in need.

Erdogan said he expects to have a “broad and in-depth” meeting with Putin on the sidelines of the annual leaders’ summit of the Shanghai Cooperation Organization in Uzbekistan’s Samarkand on Sept. 15-16.

“In this meeting, we will mainly discuss the grain corridor matter. To be honest, I find Putin’s remarks of ‘grain going to the rich countries, not the poor’ as correct. This shouldn’t be the case,” he said.

The “actual” aim should have been helping poor countries via the grain corridor but “that doesn’t appear to be the case at the moment,” the Turkish president added.

“In Samarkand, Türkiye will ask Putin “to send Russian products on ships passing through the corridor. We will especially ask him to start this,” Erdogan said.

Putin claimed earlier Wednesday that “almost all” of the grain being exported from Ukraine’s Black Sea ports “is sent not to the developing poorest countries, but to the EU countries.”

“Under the UN World Food Program, which implies assistance to countries in need, only two ships were loaded, I emphasize, only two out of 87, and 60,000 tons of food were exported on them of the 2 million tons, this is only 3% that is sent to developing countries,” Putin said.

Since the first vessel sailed under the deal on Aug. 1, at least 100 ships have carried over 2.5 million tons of agricultural products from Ukraine.​​​​​​​

On July 22, an agreement was made in Istanbul by Turkey, the UN, Russia, and Ukraine to restore grain exports from three Ukrainian Black Sea ports that had been suspended since the start of the Russia-Ukraine war in February. To manage the shipments, a joint coordination center in Istanbul was established with representatives from the three nations and the UN.

Although not officially part of the deal, it was negotiated that once Russia allows the movement of ships through Ukrainian ports, sanctions on Russian exports will be lifted. “A WIND OF MADNESS SWEEPING THE GLOBE”: LIBYA AND YEMEN AT THE TOP OF 2020 AGENDA OF UN 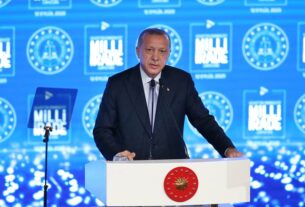 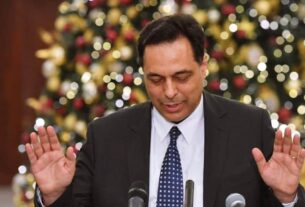