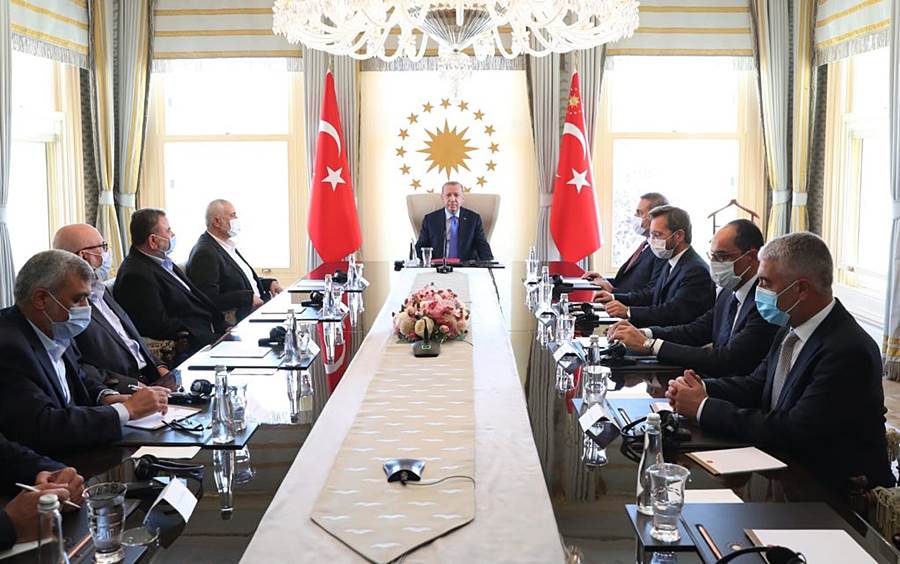 Turkey on Tuesday said Hamas is a democratically elected actor in Gaza representing a significant reality in the region, rebuffing US objections to President Tayyip Erdogan’s meeting this week with Hamas members in Turkey.

The United States Tuesday publicly criticized Turkish President Recep Tayyib Erdogan for meeting with a Palestinian Islamist group’s leaders who are designated terrorists by Washington and have a $5 million bounty for any information on their whereabouts.

Erdogan met with Hamas leader Ismail Haniyeh and his deputy, Saleh al-Arouri, last weekend in Istanbul and posted a picture of the meeting on the Turkish presidency’s social media.

“President Erdogan’s continued outreach to this terrorist organization only serves to isolate Turkey from the international community, harms the interests of the Palestinian people, and undercuts global efforts to prevent terrorist attacks launched from Gaza,” a statement from the US State Department said.

We strongly object to President Erdogan hosting two Hamas leaders. Hamas is designated as a terrorist organization by the U.S and EU. This outreach isolates Turkey and undercuts global efforts to counter terrorism. https://t.co/RVEuZPFg6d

The statement made note that this was the second time Erdogan hosted the Hamas delegation to Turkey. The first public meeting was Feb. 1.

Turkey fully rejects the US statement, which crossed the line, said a Foreign Ministry statement, adding that designating Hamas representatives as terrorists would not contribute to regional peace or stability.

Accusing the US administration of openly supporting the terrorist YPG/PKK and hosting the ringleader of the Fetullah Terrorist Organization (FETO), the terror group behind the 2016 defeated coup in Turkey, the ministry said the US has no right to comment on third countries’ politics.

The statement added that after the US administration designated Hamas a terrorist group, it closed the Palestine Liberation Organization (PLO) mission in Washington, meaning American officials cut their ties with the Palestinian Authority, isolating itself from regional realities.

It called on the US to use its regional influence and power to serve not the interests of Israel but to follow more balanced policies in a bid to bring a righteous and fair solution to the Palestinian-Israeli conflict. 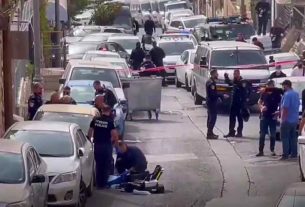