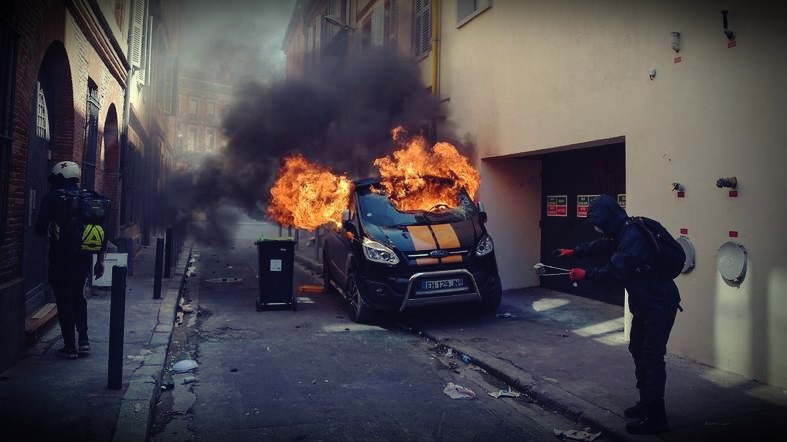 “Yellow vest” demonstrators clashed with riot police in the French city of Toulouse on Saturday as President Emmanuel Macron prepares a series of policy announcements aimed at quelling 22 consecutive weekends of anti-government protests.

Altogether about 2,000 protesters had gathered on the Allee Jean Jaures, a wide avenue in the city center and on nearby side streets.

Activist groups had said on social media networks that Toulouse would be the focus for the 22nd round of demonstrations, prompting city mayor Jean-Claude Moudenc to express concern ahead of Saturday’s protests. 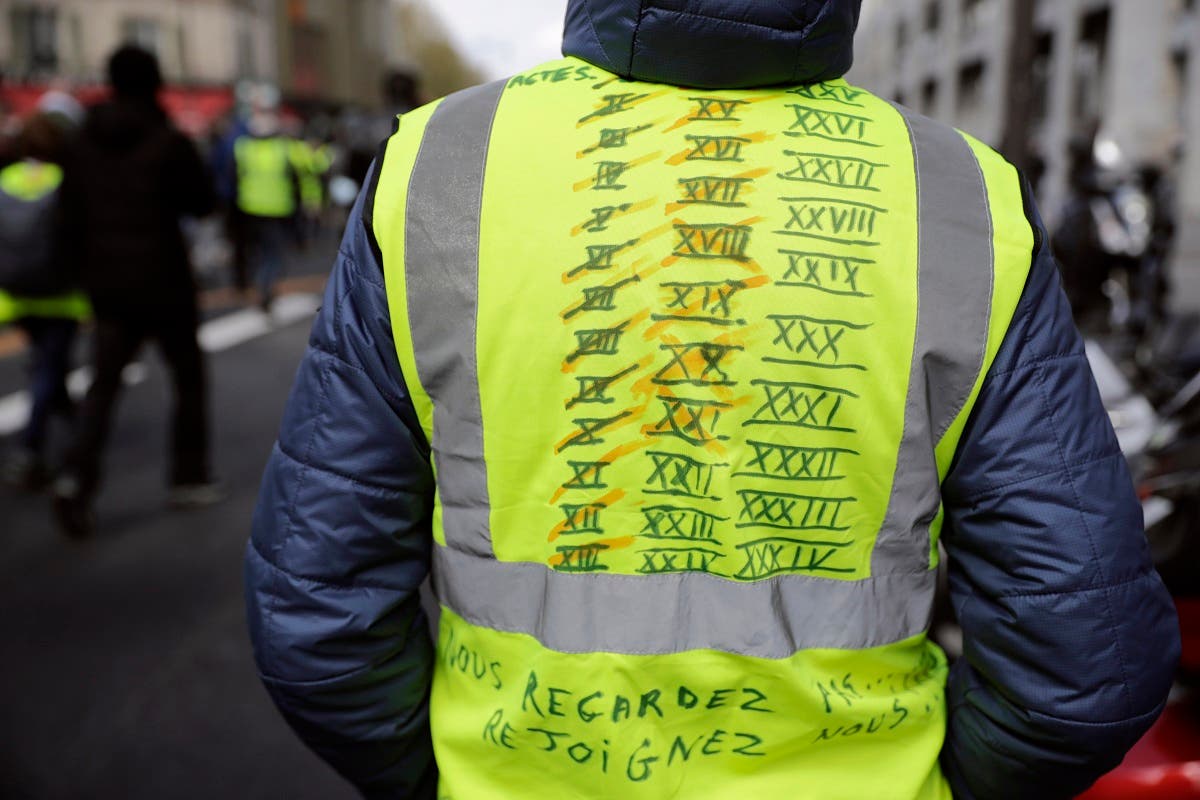 A demonstrator wearing a yellow vest noted with all the attended acts and the future ones as he and thousands march on April 13 in Paris. (AFP)

Marches in Paris and elsewhere were largely peaceful by early afternoon, but the protests continue to put pressure on
Macron. He has vowed to announce a series of measures aimed at easing discontent in the country.

The protests, named after the high-visibility safety jackets worn by demonstrators, began in November to oppose fuel tax increases.

However, the movement quickly morphed into a broader backlash against Macron’s government, despite a swift reversal of the tax hikes and other hurried measures worth more than 10 billion euros to boost purchasing power for lower-income voters.

In response to rioting that made parts of Paris resemble war zones, Macron launched a two-month “grand debat,” a sweeping consultation that included a series of town hall meetings across the country.

Macron is due to introduce specific measures early next week.

Outlining the findings of the debate initiative, Prime Minister Edouard Philippe said this week that it had highlighted demands including quicker tax cuts, action to address climate change and closer ties between Paris and the provinces. 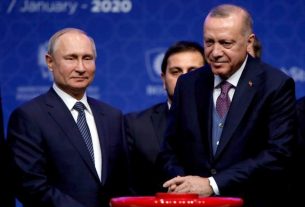 TURKEY ASKS RUSSIA TO GET LIBYA’S HAFTAR TO ACCEPT CEASEFIRE 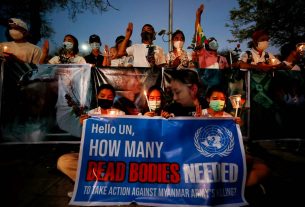 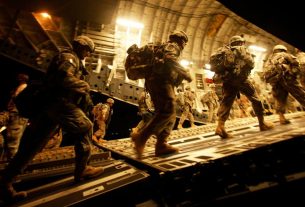