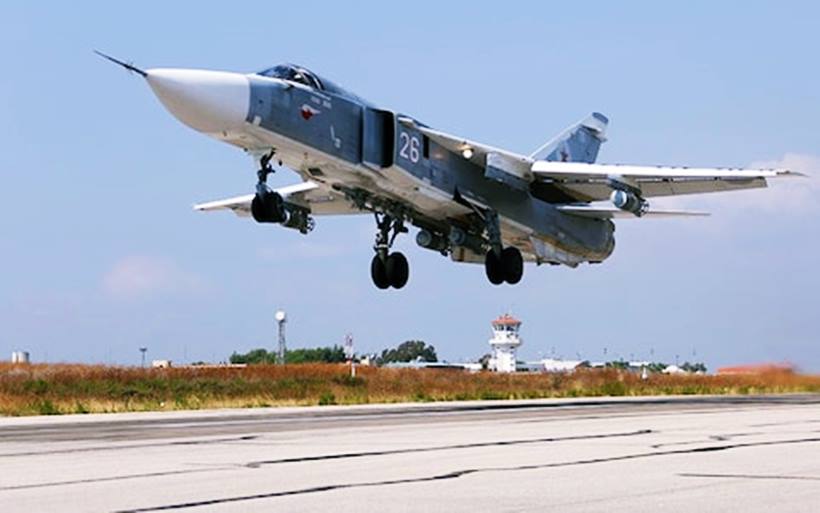 A Russian SU-24 M bomber taking off from the Syrian Hmeymim airbase, outside Latakia, Syria CREDIT:EPA

Rebels shot down a Syrian warplane in the opposition stronghold of Idlib province on Wednesday as Russian-backed government forces closed in on a strategically important town, rebel sources and a war monitor said.

A pilot who ejected from the plane was captured, according to the Syrian Observatory for Human Rights, which reports on the war using a network of sources. Syrian state media made no initial mention of such an incident.

The jihadist Tahrir al-Sham, the most powerful insurgent group in the area, said its fighters had shot down a Sukhoi 22 jet that had taken off from a Syrian air base in Homs province.

The jet was downed near Khan Sheikhoun, a rebel-held town that was hit by a sarin gas attack in 2017 and is now being targeted in a Russian-backed government offensive.

Government forces seized new ground from rebels near Khan Sheikhoun on Wednesday, advancing to within a few kilometers (miles) of the town. A rebel commander told Reuters that the town, in opposition hands since 2014, was in “great danger”.

Dozens of people were killed in Khan Sheikhoun in 2017 in the poison gas attack that prompted President Donald Trump to order a missile strike against the Syrian air base from where the United States said it had been launched.

An investigation conducted by the United Nations and the Organisation for the Prohibition of Chemical Weapons said the Syrian government was responsible for releasing sarin on the town on April 4, 2017. Damascus denies using such weapons.

Syrian rebels have shot down government planes on several occasions during the war that spiraled out of the uprising against President Bashar al-Assad in 2011.

Tahrir al-Sham’s statement did not say how the plane had been shot down. The Syrian Observatory for Human Rights said heavy machine guns had been used.

The northwestern Idlib region is part of the last major stronghold of the opposition to President Bashar al-Assad.

Assad’s side had struggled to make any gains in the area in an offensive that got under way in late April. But since the collapse of a brief ceasefire this month, it has managed to take several significant positions, including the town of al-Habeet on Saturday.

The advance toward Khan Sheikhoun threatens to encircle the last remaining pocket of rebel-held territory in neighboring Hama province, including the towns of Morek, Kafr Zeita and Latamneh.

The humanitarian adviser to the U.N. Special Envoy for Syria said the new surge in violence in the northwest threatened the lives of millions after more than 500 civilians were killed since late April.

Tahrir al-Sham is the latest incarnation of the group formerly known as the Nusra Front, which was al Qaeda’s official wing in the Syrian conflict until they parted ways in 2016.

The group is designated as a terrorist organization by the U.N. Security Council. 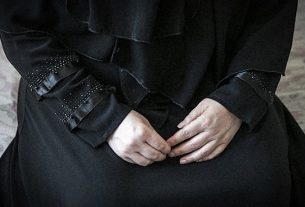 ‘I did not see the sun for a year’: Syrian survivor 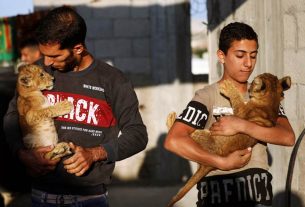 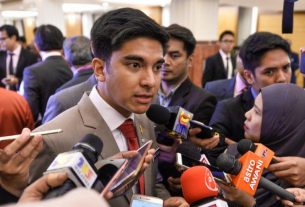