Shackled with sanctions, Iran’s shadow economy relies on access to markets in Dubai to keep things running at home.

The UAE remains one of Iran’s biggest trading partners despite Abu Dhabi’s hostile foreign policy posture against the country and US sanctions against Tehran.

The US imposed sanctions have crippled Iran’s economy and seen exports from some of its biggest trade partners witness massive drops.

Even the country’s biggest trade partner, China, experienced a 38 percent year-on-year drop, according to the New Arab.

Germany, the Netherlands, and Italy all experienced drops in exports to Iran of between 43 and 52 percent.

There are a select number of countries bucking the trend, however, and that includes Russia and the UAE, with the latter enjoying a 16.8 percent increase in exports.

This jump may come as a surprise to many given that Abu Dhabi’s Crown Prince Mohammed bin Zayed is fiercely opposed to Iranian ambitions in the region, and opposed to the Iran nuclear deal, which brought considerable sanctions relief, albeit briefly, to Iran.

Nevertheless, the UAE has been accused by the US of allowing sales of Iranian oil, which is a violation of sanctions reimplemented by the Trump government.

“They (UAE) have to be careful. There could be sanctions consequences,” one US official told the Wall Street Journal (WSJ), according to a report dating back to July 2019. “We are losing patience,” the official added.

According to the report, tactics used include the relabeling of product origin so that the connection to Iran is erased, and the use of cash payments to avoid paper trails.

In a New Arab article, an Iranian official is also quoted as saying the UAE had reduced pressures on Iranians looking to transfer money back to the country.

Despite their enmity, the UAE and Iran, have traditionally been dependent on each other for vast sums of trade.

According to some reports, revenues originating in Iran totalled some $300 biollion of what passed through the UAE – a figure second only to the US.

Surprisingly, given its own dealings with Iran, breaking off ties with Tehran was one of the demands placed on Qatar for the lifting of a blockade on the country.

If sanctions circumvention involving the UAE and Iran is proven, it would be consistent with prior reports of the UAE’s involvement in laundering schemes.

The country is reported to be at the centre of a scandal involving former Malaysian Prime Minister Najib Razak’s 1MDB scandal with billions believed to have been laundered in the country.

Pakistani criminals are also believed to have used the UAE as a hub to process money they have illicitly obtained. 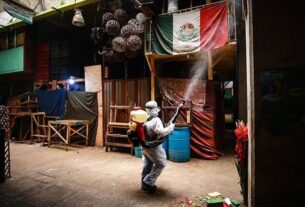 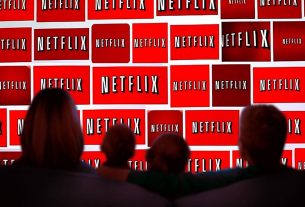