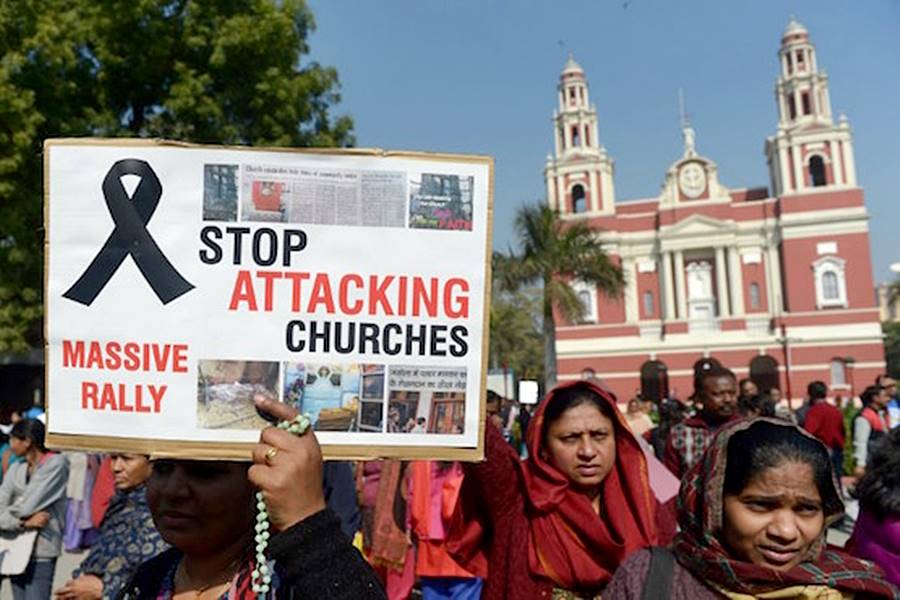 In the recently released report, Freedom House downgraded India from free to partly free due to the atmosphere of intolerance, treatment of journalists, protestors and religious minorities. The events of 19th March at Jhansi station more than reflect this fact.

On 19th March two nuns belonging to Sacred Heart congregation, who were travelling from Delhi to Odisha with two postulants, were forced to de-board the train. Some Bajrang Dal/ABVP types alleged that the nuns, who were in their usual cassette, were taking the girls for conversion. These vigilantes asked for Identity cards and religion of the teenager postulants and the circulating video shows they were aggressive in their tone all through.

The postulants said that they are Christians and intend to become nuns. The police was brought in and four of these women were taken away by police, were forced to leave the train. They were permitted to travel again the next day after the intervention from Bishops House. The frightening incident where the women had to face the male vigilantes and the male police personnel has sent the shock wave around. A statement was issued by Kerala Catholic Bishops Conference (KBC) stated that nuns were taken to the custody without any reason and humiliated. The KBC also demanded suitable action against those who harassed the women. As the nuns are from Kerala, Kerala Chief Minister Pinarayi Vijayan wrote to the Home minster Amit Shah demanding intervention from him.  Shah, who is incidentally facing elections in Kerala, has promised to look into the matter.

The ABVP/Bajrang Dal activists were quoting the UP anti conversion law and intimidating the women. The activists indulging in such action has been increasing during last few years. The sense of impunity is seeping in deep into these groups as they have seen that those indulging in such crimes are not only treated with kid gloves but often catch the eye of top leaders and are duly rewarded. While this incident has come to light; many priests have been facing similar problems from quite sometime. ‘Persecution Relief’ report (2019) points out “The frequency of attacks on Christian’s gatherings is escalating to heights especially during when Sunday morning Worship service and house prayer meetings. Pastors and congregation members are beaten, sometimes so badly that they break their legs, vandalize the churches and the Hindu fundamentalists make reports to the police that these Christians are converting the people to Christ. Hundreds of Christians are being imprisoned on false charges of converting Hindus to Christianity.”

The ‘Freedom House’ report mentions the attacks on Muslims prominently as the attacks on Muslims are very glaring while those on Christians are generally sub-radar and reported less often. The very nature of anti-Christian violence in India beginning in the decades of 1990s has been a bit different. The first major act of anti-Christian violence was the brutal burning of Pastor Graham Stewart Stains in 1999. Bajrang Dal’s Dara Singh (Rajendra Pal) who is currently in jail was the one who mobilized people on the pretext that Pastor Stains is a threat to Hinduism as he is converting the people on the pretext of treating Leprosy patients.

That time it was NDA government led by Atal Bihari Vajpayee with Lal Krishna Advani as Home minister. Initially Advani stated that it can’t be a work of Bajrang Dal worker as he knows them too well. The incident was so horrific that the President of India K.R. Narayanan lamented that the ‘Killings belong to World’s inventory of Black deeds” Shaken by this the NDA Government sent a top level ministerial team with Murli Manohar Joshi, George Fernandez and Navin Patnaik. The team opined that the killings were part of the International conspiracy to destabilize the NDA Government. At the same time Advani appointed Wadhava Commission to investigate the incident. Wadhava Commission concluded that Bajrang Dal Activist Dara Sing, who was also participating in other Vanavasi Kalyan Ashram, Vishwa Hindu Parishad type activities, was the culprit and that there is no statistical increase in the number of Christians in the area where Pastor Stains was working.

Later we witnessed the regular occurrence of anti-Christian violence in Adivasi areas of Dangs (Gujarat), Jhabua (Madhya Pradesh) and Orissa. Every year around Christmas time the anti-Christian violence used to take place and the peak of this was the August 2008 Kandhamal Violence in which nearly hundred Christian lost their lives, hundreds of Churches were damaged or burnt and thousands of Christians were displaced. National People’s Tribunal headed by retired Chief Justice of Delhi High Court Justice A.P. Shah opined that “What happened in Kandhamal was a national shame, a complete defacement of humanity, …Survivors continue to be intimidated, denied protection and access to justice” .

The anti-Christian violence has been preceded by a ceaseless propaganda that Christian Missionaries are getting huge foreign funding, and is doing the conversion work through fraud and allurement. All Christian denominations don’t operate on the similar ground. There may be few who proclaim conversion to be their goal, but majority of the denominations are not out for canvassing for conversion or allurement. Indian Christianity is very old. One version telling us its beginning from AD 52, when St. Thomas arrived on Malabar Coast  and set up churches. Since then many a missions are working in remote areas and also cities. Their primary work being in the sectors of health and education. Incidentally many leading lights of Hindu nationalists like Advani and Jaitley have been products of Christian mission schools.

The major reason for this propaganda is to pose obstacle to the activities of missionaries in Adivasi areas in particular, where these activities are giving succor to the sick on one hand and empowering Adivasis through the work of education on the other. From the decades of 1980s the VHP/Vanvasi Kalyan Ashram has been focusing on the Adivasi belt where Swamis belonging to these organizations have been active, Aseemanand in Dangs, Gujarat, Laxmananand in Orissa, followers of Asaram Bapu in Jhabua, MP.

In these areas Shabri and Hanuman are also being promoted as icons of Adivasis and religiosity is being promoted along with anti-Christian propaganda. It is this propaganda which forms the root of violence and it is the electoral power at Center from last few years which encourages the vigilantes to do such acts as witnessed in Jhansi. 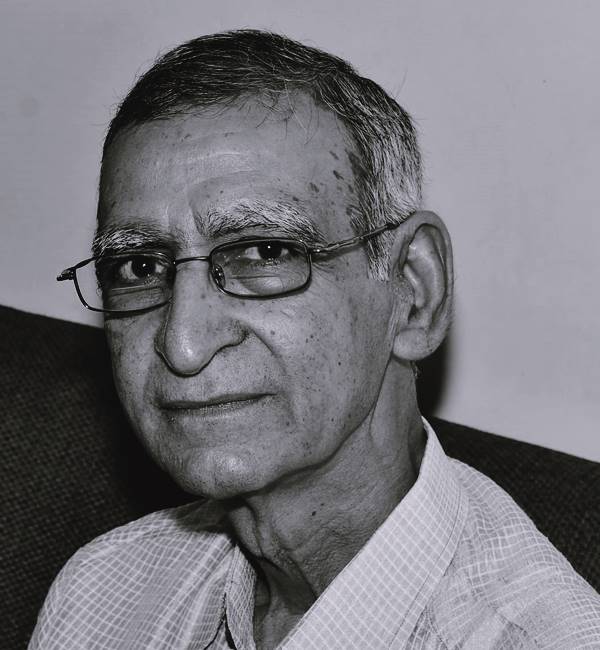 Ram Puniyani is an eminent author, activist and former professor of IIT Mumbai. 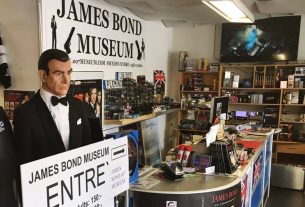