According to a warning issued by UNICEF on Wednesday, cholera and malnutrition are killing youngsters in Haiti at an alarming rate, Anadolu Agency reported.

Children make about 40% of confirmed cases of cholera in Haiti, or two out of every five patients. According to the UN agency, nine out of ten cases take place in regions where children are very acutely malnourished.

“In Haiti right now, there is a triple threat to children’s lives -malnutrition, cholera and armed violence. And sometimes all three together,” said Manuel Fontaine, director of the Office of Emergency Programmes, during a visit to Haiti. “In just a few hours, acute watery diarrhea and vomiting dehydrate and weaken them so much they may die without timely and adequate treatment.”

“Cholera and malnutrition are a lethal combination, one leading to the other,” said Fontaine.

Since the beginning of a cholera outbreak on Oct. 2, the Ministry of Health has reported almost 200 deaths and more than 10,600 suspected cases in a population of 11 million people.

The crisis and chaos have intensified in Haiti in the last few weeks after blockades by criminal gangs have caused shortages of food, water and fuel, just as the country deals with the outbreak.

Prime Minister Ariel Henry has asked the international community for military assistance to address the cholera epidemic and actions by criminal gangs.

UNICEF is appealing for $27.5 million in humanitarian assistance for health, water, hygiene and sanitation, nutrition and protection for 1.4 million people.

Haiti’s government recently requested cholera vaccines, but there’s a worldwide shortage of them and 31 countries are reporting outbreaks, so it’s unclear if and when they will arrive. However, Fontaine said Haiti would be given priority.

The country’s first brush with cholera occurred in 2010 after U.N. peacekeepers from Nepal introduced the bacteria into the country’s largest river by sewage. Nearly 10,000 people died, and more than 850,000 became ill. 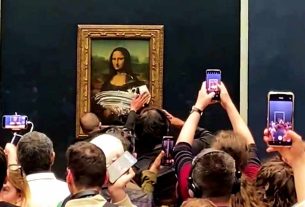 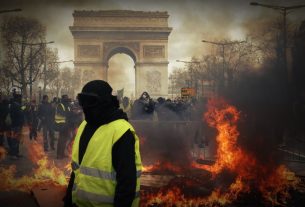