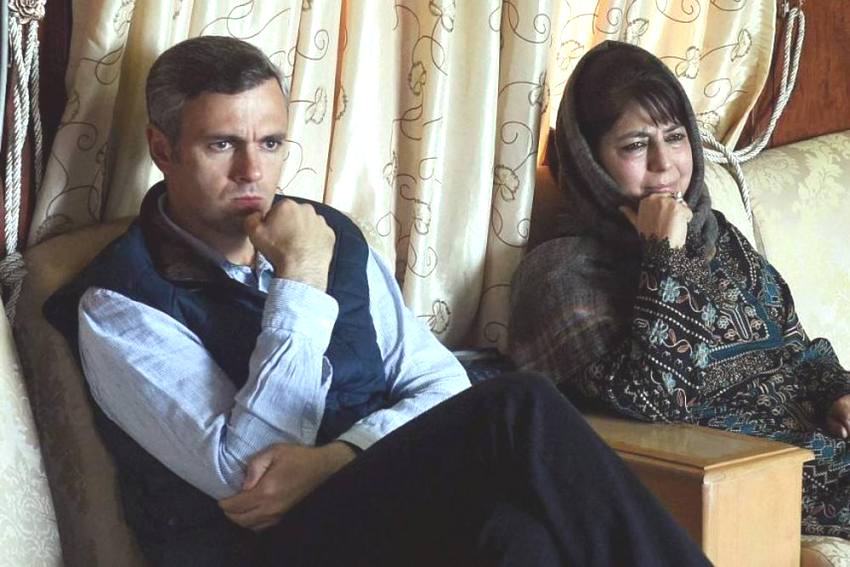 Mehbooba Mufti and Omar Abdullah were detained again after their six-month-long imprisonment ended on Thursday. New Delhi rescinded the disputed region’s partial autonomy and imposed a vice-like security and communications lockdown in August.

(AP) Indian authorities have arrested two former top elected officials of the disputed Himalayan region of Kashmir under a controversial law that allows authorities to imprison someone for up to two years without trial, officials said on Friday.

Mehbooba Mufti and Omar Abdullah were arrested as their six-month-old detention ended on Thursday, said a top civil administrator and top police officers. They spoke on condition of anonymity, as they were not authorised to talk to reporters.

They were among thousands of people detained when Indian Prime Minister Narendra Modi’s Hindu nationalist-led government stripped Jammu and Kashmir of semi-autonomy and statehood, downgrading them into two federal territories last August.

Since then, they had been held under house arrest under a preventive custody law that allows authorities to detain people who are feared might commit offences for up to six months.

On Thursday, Prime Minister Modi gave an indication of their arrest when he said in parliament that the two leaders had in the past made statements that could incite unrest in the region.

He said Omar Abdullah had remarked that ending Kashmir’s autonomy would cause an earthquake that would separate Kashmir from India, though there is no indication Abdullah made any such statement.

“Some people here complain some leaders have been incarcerated. Mehbooba Mufti said “Kashmir made a mistake by joining India’. Are you justifying such kind of speech?” Modi said in parliament.

Omar Abdullah’s father, Farooq Abdullah, was the first pro-India politician arrested under the Public Safety Act, under which rights activists say more than 20,000 Kashmiris have been detained in the last two decades.

They are considered pro-India as they never supported Muslim-majority Kashmir’s independence from India or its merger with Pakistan.

They are the top leaders of the National Conference, the party that has governed the India-administered Kashmir for decades since India and Pakistan won independence from British colonialists in 1947 and soon began fighting over control over Kashmir, a Himalayan region spread over both countries. Farooq Abdullah, also a former top elected official of Jammu and Kashmir, is an 82-year-old member of India’s Parliament.

Mufti, 60, heads the People’s Democratic Party, which was a coalition partner of Modi’s Bharatiya Janata Party in the region for nearly two years after the 2016 state elections.

Two former state lawmakers and party leaders, Ali Mohammed Sagar of the NC and Sartaj Madani of the PDP, also were detained under the controversial Public Security Act on Wednesday.

India and Pakistan have fought two wars over control of Kashmir which is divided between the nuclear-armed rivals by a cease-fire line. Both sides claim the Himalayan region in its entirety.

Amnesty International has called the Public Safety Act a “lawless law” and rights groups say India has used it to stifle dissent and circumvent the criminal justice system, undermining accountability, transparency and respect for human rights.

“Shocked and devastated by the cruel invocation of the Public Safety Act against Omar Abdullah, Mehbooba Mufti and others,” said P Chidambaram, a top party leader.

“Detention without charges is the worst abomination in a democracy. When unjust laws are passed or unjust laws are invoked, what option do the people have than to protest peacefully?” Chidambaram tweeted.

Modi’s government sent thousands of additional Indian troops last August to the Kashmir Valley, already one of the world’s most militarised regions, when it revoked Article 370, the constitutional provision that had given Kashmir some measure of self-rule.

It cut telephone communications, cell coverage, broadband internet and cable TV services for the valley’s seven million people. It has been gradually restoring limited communications in the region. 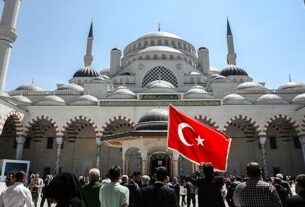 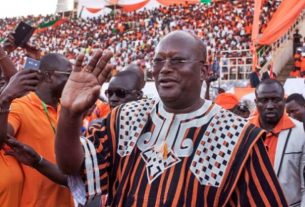 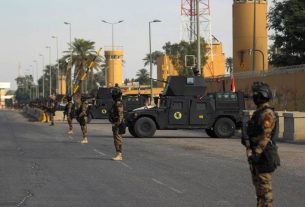 US WITHDRAWING DIPLOMATS FROM BAGHDAD OVER SECURITY CONCERNS