Anwar Ibrahim has been named Malaysia’s new prime minister, marking an incredible comeback for a man who was first lined up for the job in the boom years of the 1990s before he was suddenly sacked and jailed.

Anwar’s Pakatan Harapan (PH) coalition won the most seats in the weekend’s election, but no one party or coalition emerged with the 112 seat parliamentary majority necessary to form a government. 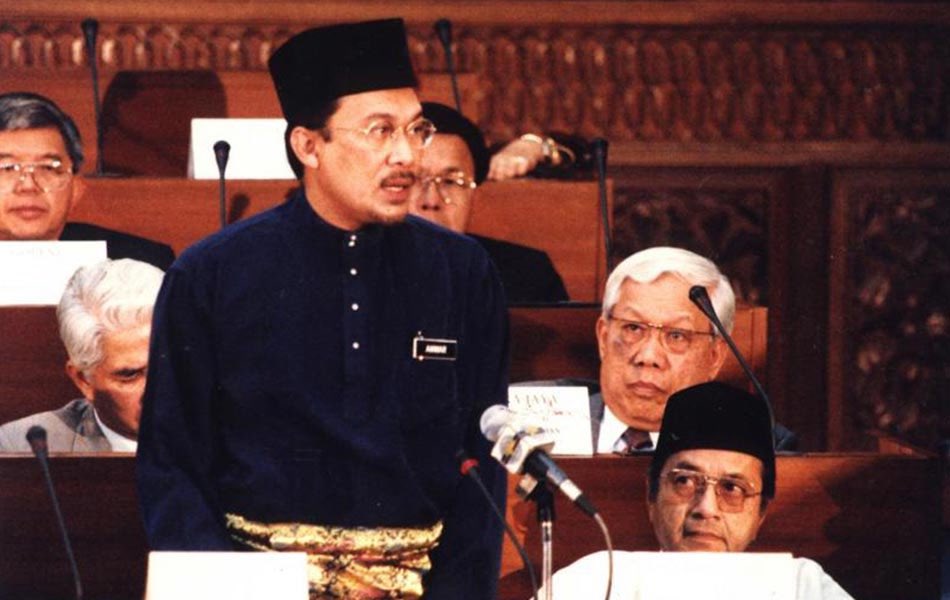 PH and the rival conservative Malay-Muslim Perikatan Nasional (PN) coalition under former Prime Minister Muhyiddin Yassin, which had the second-highest number of seats, both began negotiations to form a government, wooing smaller coalitions in the Borneo states of Sabah and Sarawak as well as Barisan Nasional (BN), the alliance that dominated Malaysia for some 60 years before its historic defeat in the last elections in 2018.

With neither able to make a breakthrough, King Sultan Abdullah Sultan Ahmad Shah met Anwar and Muhyiddin, as well as newly elected members of parliament to canvas their views on who should lead the new government.

After a meeting of the royal households on Thursday, the king announced that Anwar would become prime minister because he had the support of the majority of Malaysia’s 222 members of parliament. There are “no absolute winners and no absolute losers,” he said in the statement, urging all politicians to work together for the benefit of the country.

King Sultan Abdullah said the 75-year-old opposition leader would be sworn in at a ceremony at the palace at 5pm (09:00 GMT).

“It is a long time coming for Anwar,” Asrul Hadi Abdullah Sani, the deputy managing director at consultancy BGA Malaysia, told Al Jazeera. “All his struggles and campaigns for reform are now vindicated.”

Anwar Ibrahim started his political career as a student activist, founding the Muslim Youth Movement of Malaysia, known by its Malay acronym ABIM, in 1971 and later leading protests against rural poverty and on other socio-economic causes.

His activism caught the eye of then-Prime Minister Mahathir Mohamad who persuaded him to join the United Malays National Organisation (UMNO), the dominant party in BN, which had ruled Malaysia since independence in 1957. 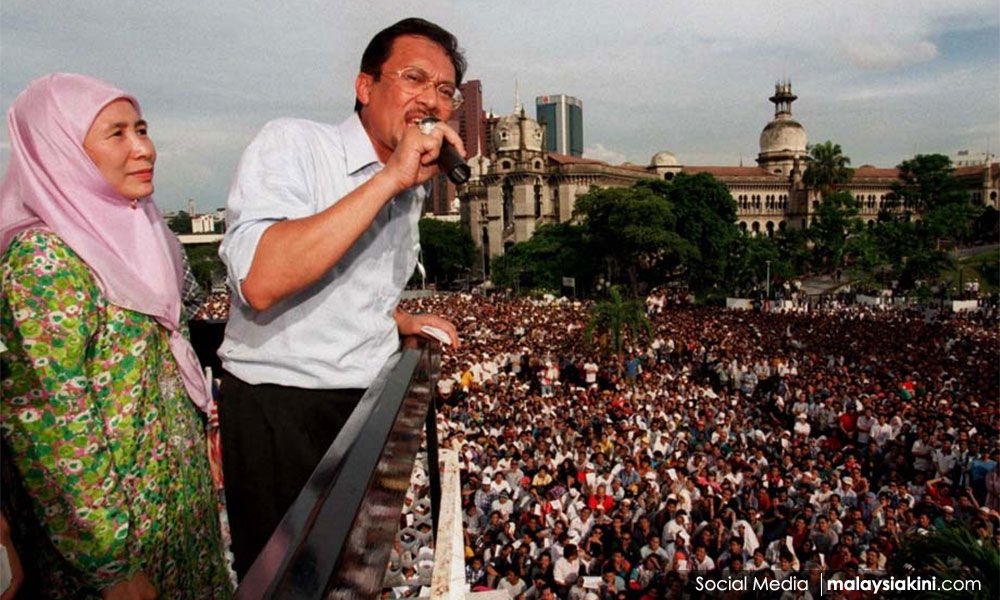 Anwar rose rapidly through the ranks to become finance minister and deputy prime minister, earning a reputation as a charismatic, ambitious and reform-minded politician.

But as the Asian financial crisis deepened, Mahathir turned on the man he had chosen as his successor.

In September 1998, Anwar was sacked and accused of corruption and sodomy, a crime in Malaysia.

Thousands took to the streets of Kuala Lumpur and Anwar, who maintained the charges were politically motivated, was arrested.

His trial veered from the shocking – a black eye later confirmed to be inflicted by the then-police chief while Anwar was in custody – to the absurd – a stained mattress hauled into court as evidence.

After being found guilty, Anwar was released in 2004 and a second sodomy trial followed as the reform movement that had begun with his 1998 downfall gathered momentum. 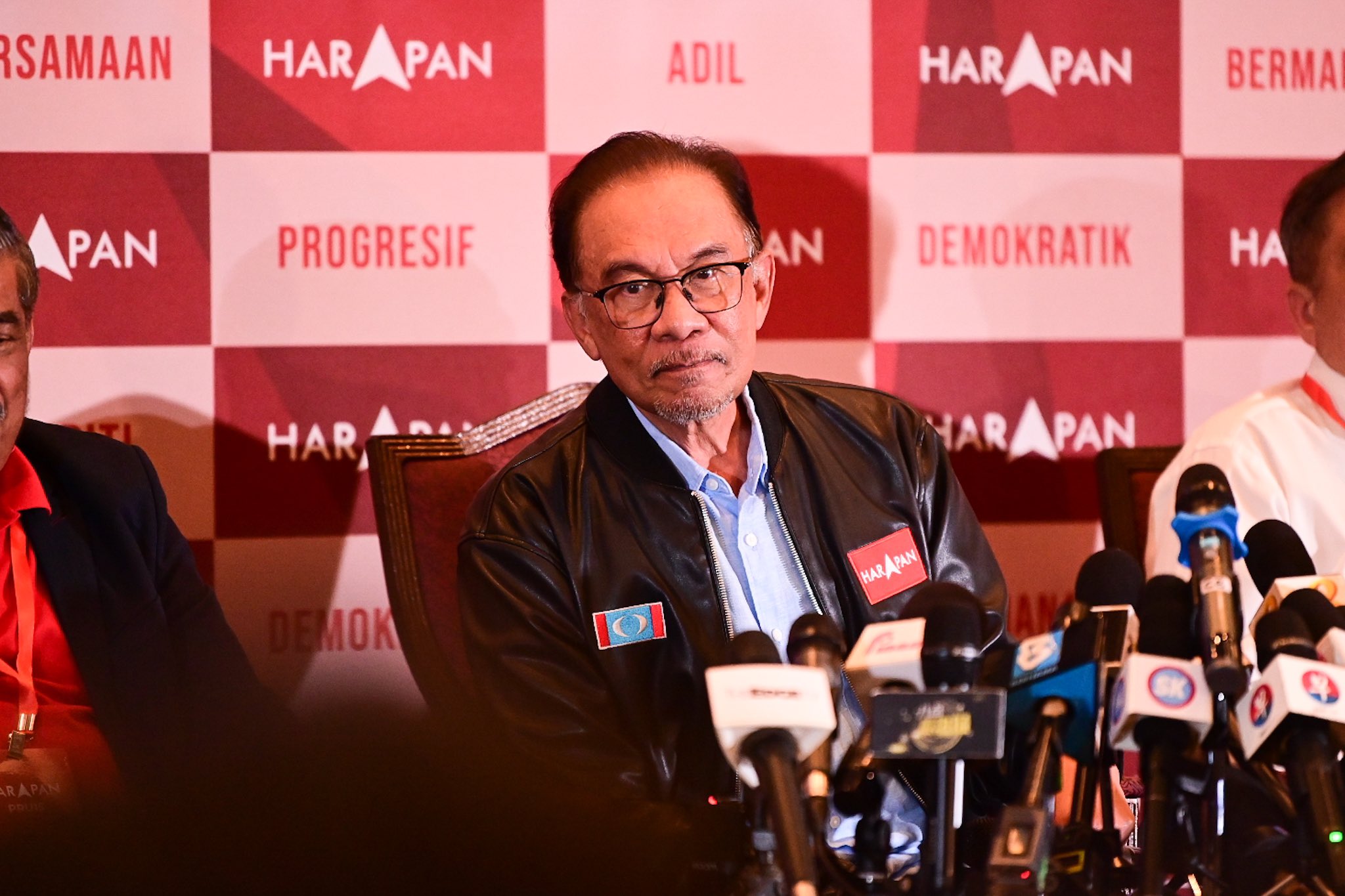 In all, Anwar spent some 10 years in prison before he was finally pardoned and released in 2018.

By that time he had once again joined forces with Mahathir – under the PH banner – in a bid to ensure BN was punished at the ballot box for the multibillion dollar scandal at state fund 1MDB.

But Anwar’s route to the top was again thwarted when Mahathir wavered on his promise to hand over power and the PH government collapsed amid infighting and pressure from Malay-Muslim conservatives.

Chants of “reformasi” or reform continued to reverberate around PH rallies in the campaign leading up to Saturday’s election, with PH supporters looking for a government that would tackle corruption, defend democratic freedoms and ensure the independence of key institutions such as parliament and the judiciary.

In the face of a probably economic slowdown, Anwar told supporters that his government would also reduce the size of the cabinet, and cut ministerial salaries and allowances.

Still, any moves to reform could still be stymied by more conservative factions. Malaysia is a multi-ethnic, multi-religious country where most people are ethnic Malay Muslim, but there are significant numbers of people of Chinese and Indian origin as well as Indigenous communities.

The previous PH government was partly undone by a reform agenda that Malay nationalists feared would undermine the privileges granted to them under the constitution.

Such pressures could also affect the new government, given the surge in support for PAS, Malaysia’s religiously conservative Muslim party, which emerged from the election with the most seats of any single party.

It is also the dominant player in PN.

Wong Chin Huat, a political expert and professor at Sunway University outside Kuala Lumpur, says Anwar needs “to get the politics right” to be able to fix the economy.

“He needs to be PM for 100 percent of Malaysians, not just the 38 percent PH voters and 22 percent BN voters,” Wong explained to Al Jazeera. “He needs to especially assure the 30 percent of voters who support PN that their voices will be heard.”

The electoral roll had been enlarged after a constitutional change to give 18-year-olds the right to vote and for automatic voter registration, which further increased uncertainty over the outcome.